I am always keen on visiting museums because they are to me "Houses of Wonders" as Kipling puts it. The artifacts are informative and attractive to an inquisitive mind. Having stayed in Bremen for a while, I have sampled what the Hanseatic city and its sibling Bremerhaven offer. Here are my favourites.

Note: If it is possbile for your schedule during your stay in Germany, I recommend "Die Lange Nacht der Museen" (Long Night of the Museums). It's an annual event in which museums of a city open all night, and visitors have entry to all of them with the ticket for only one. The specific schedule varies by city and is posted on the respective city's website.

Named after the politician who initiated it, Focke museum specialises in the history of Bremen and to some extent of North Germany. Before you write that off as boring, Bremen has a long history of being independent: they had their own Senate and did not answer to any ruler except the Emperor of the Holy Roman Empire (whom they had a hand in electing). The city was (and to some extent still is) a prominent trading seaport, therefore they were wealthy and accordingly had to defend themselves against pirates as well as attempts of subjugations by various nobles. The exhibition of the museum tells everything about this exciting history vividly. There are armors and model ships, imposing or ornate works of art, but there are also everyday life things like working tools and toys.

The downside of the place is that not everything is in English, so if you do not speak German then it is better to have someone who does with you. 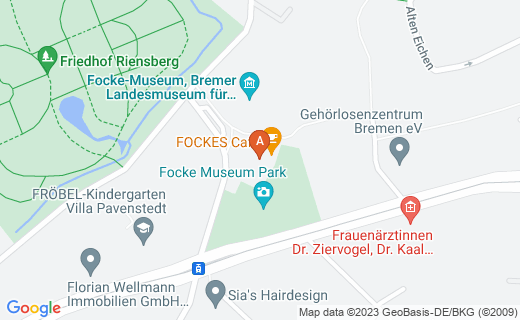 "The Bremer have too many souvenirs from their overseas travels but they do not want to throw their stuffs away. Therefore they build a museum". That is how I was introduced to this museum in front of which stands a torii (the gate of a Shinto temple). In a way, the place is meant to be a virtual world tour for the locals. There are detailed replications and documentaries of nature and ways of life in other continents, and there is a section dedicted to natural history.

The part that I find most fascinating, however, is the extensive exhibition on Bremen's involvement in world trade throughout history in its capacity as a major trading city, especially during the exploration and colonialism period. There are records of events such as the first colonialism exhibition in the city where the local came into contact with exotic items from the new continents, or a demonstration of how raw materials such as tobacco, tea and cotton were processed and then traded off by Bremer merchants. In addition, the Schaumagazin section has some hidden treasures: artifacts of seldom heard of African tribes, some of these one-of-their-kind (my favourite is a water carrier made from the shell of an ostrict egg). 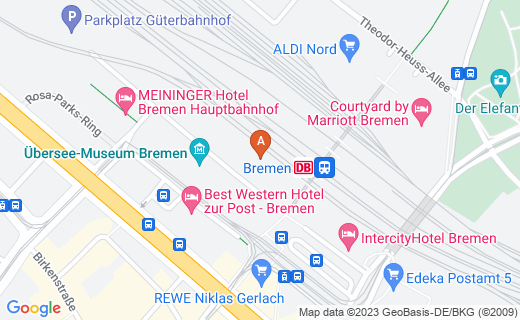 Bremerhaven is the sea port further in the Northwest which the Bremer built when the port in Bremen could no longer be used due to sand filling up. In nineteenth century, the city was a major emigrant post of Europe. People from many places as far as Eastern Europe came here to move to New York or Buenos Aires. The Deutsches Auswanderer Haus was built to archive their experiences. Employing high technology, the museum replicates as much as possible the travelling conditions of the emigrants (both high-class and less well-to-do) from departure to destination, especially the sea journey. Thus the visit is mostly interactive. There is no tour guide, and the visitors can go off trying pushing all buttons in sight. Within the museum building there is also an archive centre where people can look up the records of the emigrants and trace their ancestry. 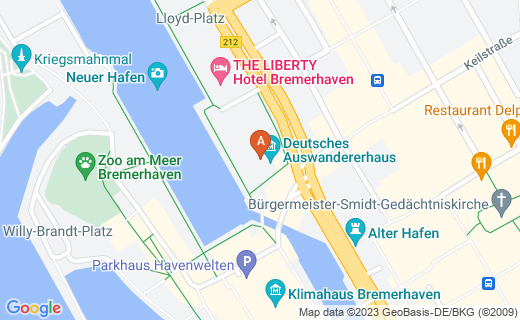