Is Goa a wrong choice for a visit?

Studying History and culture are interesting topics for Sunil Kunnoth. He wanders in that pursuit and loves sharing his observations.

You will be confused by the title- Is Goa a wrong choice for a visit? My questions continue. Is Goa not worth for a visit with our family? Is Goa notorious for some evil things? Is going there is for some 'bad deals'?

These are negative thoughts. I admit. But the admission is not a confession on my part for I don't have any bad feelings about Goa. What I raise here is the doubts or allegations of some conservative Indians, especially the Southerners and very specially the most conservative Malayalees. So the attention of the Indian travel folks is specially invited to this article.

A large chunk of the conservative Indian society still believes that Goa is not the right place for families to spend their holidays. They think that that Goa is a den for sexual activities and all kinds of evil things. They believe it is for seeing nudity or watching people swim in underwear that people visit Goa. Some even spread the gossip that it is for seeking hot girls, the tourist rush to this land. The allegation and propaganda against Goa go thus without any brake.

Are all these true? Are there any facts in it? Is Goa such a bad place? Let's examine things in detail. I have the support of my frequent visits to counter these allegations. Besides, on this point, I talked with some of my friends who are residing in Goa for many years. I am convinced that Goa is as good as any other states in India and as bad as too, like the rest of the country. Perhaps what confuses the people is that Goans are free birds and they love freedom and cool life. The colonial ruling or the European invasion (it was a Portuguese colony for nearly 450 years) have paved tremendous changes in their mindset. Naturally, they go well with the European culture. It means being less conservative or more modern in thoughts and action. In attire, attitude, culture, cuisine, outlook, the Goans have a special style that is almost matching with the European standards. And this is what lack of the rest of the Indian society (except some metro cities). Naturally, those people think and behave in a conservative or orthodox manner.

Let's inspect some allegations against Goa.

I don't blame Mumbai alone. I have witnessed similar scenes in some other beaches and public places in some other parts of the country during my certain visits. In Kolkatta, Chennai, and Mumbai, there are brothels and open prostitution. Still, no one minds it and no 'verbal ban' on a visit to these places. Yet, when one ventures to Goa, they feel something fishy about it.

I must admit that most of the Peeping Toms are the locals (read Indians). No foreigners stare at another one at the beach or any public places. They don't enter into the privacy of others. They behave decently and keep silence. But we locals behave the other way. Public staring, uttering bad comments, disturbing people with noise and loud conversation, we actually leave the only bad impression among the global tourists.

The meeting of outsiders (read non-Indians) at Bar and Restaurant is a thing of joy to watch. They observe utmost silence. If they need to speak, they do it in a soft voice. Their consumption of drinks is at a slow pace, it is healthy too. Ditto is the case with food. On the contrary how we Indians do all these? I don't like to elaborate much on our negative attitude in public places. One thing is sure most of us lack proper etiquette at the bar and dining table. Most of us pay scant regards to the fellow diners sitting next to us.

Again, Goans are a different clan as they go with good etiquette. Do visit Goa, you will know how they behave and who behave the wrong way.

Most Southerners (read South Indians), especially the Keralites are reluctant to take their families when they go to Goa. They think that Goa has only beaches and there is only nudity on the beaches. They even calculate that Goa is a place for some 'bad game' and there is sex tourism in that land. I pity them on these wrong assessment on Goa.

If things were in such bad shapes, would any Northerner, like the Mumbaikar or Delhiite, have tried Goa with their families? No, they wouldn't have. I have seen a large chunk of North Indian families enjoying in Goa. They have no bad concept of this place and have a pleasant time here.

Further, the thought that Goa has only beaches is another blunder. It is right Goa is rich with beaches. But it is just not that alone. It has something more to offer and woo any tourist arriving in this tiny state. 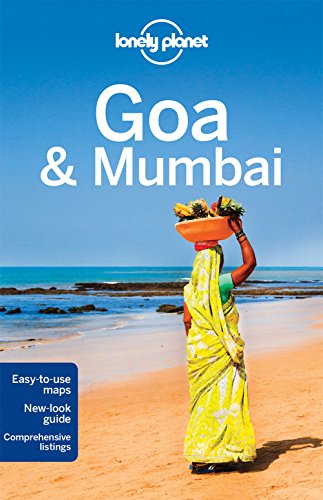 Why black mark on Goa

To answer this, we need to travel back to the past. In the 60s and 70s, Goa had had a bad reputation thanks to the Hippy Culture prevalent there. The tourists, especially the Westerners led an indecent lifestyle. Drugs, violence, all kinds of immoral activities, excessive alcoholism, all these destroyed the very peace of Goa. Cultivation of the drug culture was the worst. Naturally, tourists, especially the family travelers hesitated to visit Goa. But it is a thing of the past. That black chapter is over and the hippy culture is gone. Goa is now a state since 1987. (Before that, it was a Portuguese colony and later a Union Territory of Government of India). The successive governments have taken all measures to control all these menaces and for maintaining a peaceful atmosphere in the state. The result is clear. Goa is now calm and peaceful.

So, all my dear brothers from South India, especially the Malayali folks, please do throw your suspicious attitude on Goa and do visit the place with your loving family. By blocking them from visiting Goa, you are denying them an exciting and amazing touristic diversity of the land. Don't they deserve to see the spectacular temple architecture, ancient churches, wildlife sanctuaries and observe an entirely different culture, taste the delicious cuisine, apart from the cool and pristine beaches?

Hope things are clear now. If so, Go to the Golden Goa.

Enrich your travel experience. And a Happy journey!