Michael is an English Ex Pat living the good life in Sweden. Self help and clean air can only be a good thing.

Sure as Hell is!

Before I start, this is not, I hope, going to be a dry and boring list of facts and figures. You can get those at Wikipedia or elsewhere on the net. No, this is going to be a tongue in cheek look at one of the worlds greatest democracies.

The fact is, there is so much that folk don't know about this great country, its inventions, its history, food, culture and so much more besides. I am here to right that wrong, so if you please dear reader, keep on reading.

We're going to be covering comedic language clashes, inventions you would never have thought came from such a low population country, culture and other assorted fun things. You might learn a great deal if you decide to continue!

Lakes, we got them!

Sweden, the Best Functioning Democratic Country in the World?

For a time, it certainly was. Just back to 2008 and according to the The Economist UNIT Index, Sweden scored 9.88 on a scale of 1 - 10. Sweden was the highest result, followed closely by Norway and Iceland. Finland and Denmark also placed high up in the list.

The categories used to assess the world's countries were:

None too shabby eh? The current holder is Norway, with Sweden following closely behind at the time of writing. Whichever way you look at it, Sweden certainly seems to be the land of the free, so to speak. 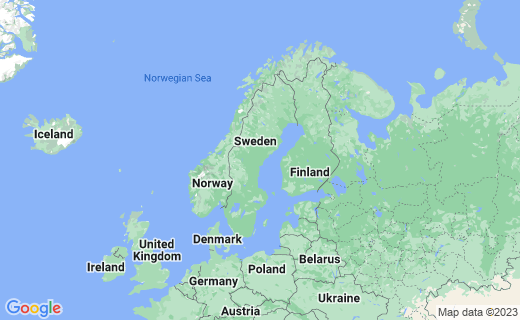 Do Not Disturb Do Not Destroy

Freedom to roam is written into the constitution of Swedish politics. Allemansrätten as it is known here permeates all aspect of life in the countryside and the cities. But what does it mean?

At it's most basic it protects our rights to access the land and waters of Sweden. Everyone has access to nature.

This access does not include fishing or hunting, that is the right of the land owner, but we can walk, swim, light fires and camp for up to 2 nights on any uncultivated land. It also gives us gathering rights to berries and mushrooms, including chanterelle mushrooms in the massive forests that dominate our landscape.

Cycling is permitted, as is the use of un-powered boats, and even the riding of horses and skiing.

So we have a lot of freedom for a European country. But what about the rights of the landowners? They are well protected in law, gardens are prohibited. Hunting and fishing rights are protected.

I think it's a great system, but is it open to abuse? What do you think?

The Right to Roam

There is a word here that is used every day by millions of people. Nothing unusual so far. No, the difference here is that the word will mean a different thing to each and every single person who uses it.

The word is "Lagom."

How can it mean different things to different people? I will try to explain, but there is no direct translation into English.

Lagom means approximately "This thing I am talking about is kind of just right for me at this precise moment in time, but might not be later and almost certainly will not be just right for you as we are all individuals."

I kid you not.

So, if someone asks me if the size of my coffee is ok, I can say it's lagom. It is lagom for me, might not be for you. How is life today? Lagom. How is the weather? Well, you get the picture.

Swedes can be incredibly proud of this word and will defend it to the death. I like it, and overuse it wherever possible.

How is your day going today?

The Modern Zipper was Invented By A Swede

That's right friends, invented by Gideon Sundbäck in 1913, the modern day zipper was created by a Swedish man! Another great Swedish invention.

Gideon was an electrical engineer who lost his wife in 1911. He threw himself into his work, diving headfirst into inventing, and evolved the zipper between 1906 and 1914. True, it was not his original idea, but he took the idea and improved it so much that the zipper would overtake buttons as the best way of fastening trousers by 1937.

By the way, this genius also invented the machine for manufacturing zippers too

One for the Advanced English Speakers

In Sweden obviously we speak Swedish, but it's not my first language. English takes that honour as I am and always be an Englishman! And yes, at the age of 36 when I started learning my first new language, it was bloody difficult but I persevered. Now as a fluently bilingual person, I am starting to find much more humour in this strange new language in my adopted home. Let me give you an example.

Let that sink in. We have road signs with the word Fart written on them. Puerile and infantile may be my humour, but I still find it hysterical the see the road signs with "Fart Hinder" on them, meaning of course "Speed Control."

The picture below is a new favourite though. "Slut" means finish, as in to finish something, or in this case the FINISH POSITION for the machine, but to have a sign on it saying "SLUT POSITION" was too much for my tiny mind to take, so click went the camera and here we are, hopefully laughing at a silly picture with funny words in it!

I hope I raised a small chuckle from some of you with a similarly immature sense of humour ;)

Another Invention, The Adjustable Spanner

Johan Petter Johansson was the inventor of the adjustable spanner, a tool that countless millions of workers have relied upon on a daily basis since its creation in 1886. The company he worked with to distribute his tool with, Bahco, are still in operation today and have manufactured over 100 million wrenches.

As a side note, he also invented the plumbers wrench, among many others. Clever chap or what?

Pacemakers are electrical devices implanted inside the body to control the rhythm of the heart. But did you know that the inventor of the world's first "implantable" pacemaker was Swedish?

Rune Elmqvist (cool name to be honest) was born in 1906, and lived to the age of 90! Under the direction of Åke Senning, a senior cardiac surgeon at the Karolinska University Hospital in Solna, Sweden Rune created a device in 1958 that has gone on to save countless lives over many decades.

He started his career as a medical doctor, and later gave this up to work full time as an engineer and inventor.

People Fall Over Here All the Time in Sweden!

Who Invented the SLR Camera?

I am so glad that you asked!

Ok, you know where I am going with this one.

So we have established that he was Swedish then? Cool, let's continue.

Victor Hasselblad (of Fritz Victor "Vicke" Hasselblad to use his full name) was born in 1906, died in 1978, and gave us one of the biggest contributions to photography since its inception, the SLR, or Single-Lens Reflex camera. He founded his own company in 1941 to provide cameras for the Swedish Air Force, and introduced the new camera to the world in 1948 in New York City.

This type of camera has been an essential piece of kit for professionals and amateurs alike for decades.

We already touched on some funny Swedish words that I had seen dotted around my workplace. I thought it might be bloody funny to investigate a bit deeper and here we go, my top ten favourite silly sounding (to and Englishman) Swedish words!
Potentially not for younger readers, you have been warned

Freezing food is a brilliant way of preserving it, but it is surprisingly difficult to successfully freeze fruits and vegetables. Way back in 1961 a Swedish scientist by the name of Per Oscar Persson developed a quick freezing process using liquid nitrogen. By the late 80's freezing plants based on his process were worth about 60% of the world market in frozen foods, replacing many canned food types.

The technology behind it is fairly simple, if you freeze something quickly enough, then you avoid the water in the food forming the large crystals that damage it from the inside out.

Interestingly enough, this man seems to have been forgotten by the internet! There was no wiki page on him, and according to the wiki page of flash freezing it was developed by Birds Eye.

Let's just say that I have my sources, and they conflict on this one greatly! Perr invented Flofreeze, but Birdseye's technique is called flash freezing, despite being the same type of process.

I would like to say thank you for reading my inane ramblings. I have been living full time in Sweden for 6 and a half years now and not once have I regretted my move. This great country surely is a magical place. The people are friendly, the countryside as diverse as it is stunningly beautiful, and the food is amazing.

Even for a brief visit, I can heartily recommend Sweden as a travel destination. Oh, and it helps that it is estimated that 89% of the folk here talk English as a second language!

As always, I am always up for a chat, so please feel free to drop some comments in the box below, feedback is always welcome. And don't forget to share on your social media of choice.