Life's Journey: Japan Through the Eyes of a Visitor Part 4

This for me was an experience of a lifetime. Living in the Land of the Rising Sun for four years taught me so much.

I learned to love the Japanese people and their way of life.

And I learned to love my homeland even more than I had before leaving home in the seventies to travel to an Air Force Base in Japan. Travel back with me if you will ....

Playtime on top of our favorite department store in Tachi City

Travel is more than seeing the sights. It is a change that goes on, deep and permament, in the ideas of living.

My life was forever changed by living in Japan and getting to know the lovely people.

Have you lived in a foregin country for four or more years?

While living in Japan, a welcoming, home away from home, as a teacher I learned as much as any child that I was fortunate enough to have as a student. Life's journey became as much a part of me as the Lessons Learned among my writings here on HubPages.

At our school, children attended who were from the Philippines, Taiwan, Japan (not too surprising) Of course most children were from from the United States and spoke English. These children who came to us with a native language other than English as their first language actually had an advantage, they were bilingual. At least they would be as soon as English was mastered. Having a native language that was not English was more of a problem for me than for the kids. It was my mission to find a way to provide a way for my students to learn to speak and read English, to do it well, and to do it quickly.

One way to accomplish this was for the English speaking children to be paired with those who were learning English.The kids learned so well from each other. They would teach each other words from their language.Giggling and smiling occurred often.

It was thrilling when the children learned to speak and read quite rapidly. Once they learned the language they excelled. They just needed the tools (the words) and they were all set. It would be the same situation we would be in if we had traveled to Japan to live and go to school and our first language was English. We would need the tools to become fluent in Japanese.

We studied about the native lands of our students including the U.S. of course and shared little known information about a state or country. It was an exciting and interesting four years of learning.

Simple things to do while visiting Japan

After you have visited Mt. Fuji, Kamura, and Kyoto, try these diversions. Of course you can do them while you are at those places.

When I arrived in Japan in the summer of 1973 , I went into DODS (Department of Defense Schools) offices in search of a teaching position. The completion of paperwork, interviewing, and being hired. went smoothly. I would be the teacher of sixth grade students. This was a comfortable age group for me as I had left a sixth grade classroom in March of 1972 to await the birth of our child.

My classroom was at Yokota West Elementary on Yokota Air Force Base. Fortunately for me my room was in a small building that was not connected to the main building. That meant that I could go work in my room as often as I wanted even when school was closed.Frequently my baby girl and I would pile into my little white Honda and head over to Yokota to work in my room.

At last school began. And it was a bit of a learning curve for me. I should have known or at least expected what transpired but clearly I dd not. As school began, my classroom was filled with a number of children who had English as a Second Language concerns. These children came to school with limited English ability. They needed to learn to speak, read, and write in English. This was the only way they were limited. They were smart and would become articulate, in English as soon as they were immersed in the language.

We learned so much from each other when often the students were the teacher, teaching of their culture.

For four years I was a teacher at Yokota West Elementary School. The time had slipped away so quickly and now it was time to rotate back to the States.

It is necessary to be concerned about the importance of educating a really beautiful spirit.

One lasting effect of living and working and playing in Japan was learning about the culture, religion, and beauty of these lovely people.

Suzuki's words embody so much of how I feel. My life was forever changed by discovering this new land and learning about the lives of others that I really knew so little about before I journeyed around the world.

How many questions I may have left unanswered...

To try to condense four years into four entries caused me to pick and choose what I would share. Summarizing the years this way will give you a sneak peek a this adventure:

Life's Journey Japan through the eyes of a visitor part 1

Life's Journey Japan through the eyes of a visitor part 2

Life's Journey Japan through the eyes of a visitor part 3

Would anyone feel my intense emotion on the day that my dear friends at Yokota West Elementary roasted me at their sayonara party in my honor a few days before we left the homeland that captivated me?

I was excited to come home but at the same time I was filled with so much sadness that many of those that had been my family for four years I would never see again. Little did I know that the internet would bring the world so much closer and many of us would be reunited.

One day, we woke up and it was time to return to the States. My husband was being sent to Ellsworth Air Force Base in South Dakota. (It was not unusual for an Air Force family to rotate back to the States to Ellsworth. I called it our second consecutive overseas tour. It left us once again thousands of miles from our family.) When we arrived in South Dakota, I would teach the siblings of some of the children I had taught while I was in Japan. Many of the children we were to cross paths with at Ellsworth were freshmen or sophomores in high school by then.

Our last week of our stay on the island in 1978 was in transient housing I believe it was called; the same housing we stayed in for the first week or so of our arrival.

We went back to our little home on Tachi Air Base to see if we had left anything at our home, As we pulled into the short driveway, we spied the gift.Tied to the porch was a rainbow bouquet of balloons for my Stephanie a huge fan of those lovely elastic creations. She squealed with delight as we untied them. We drove along the streets of the base with them held out of the window.

It has been 34 years since we left the island. Our lives have changed so much. I am no longer married to the young man who had stolen my heart away. My daughter has her own children now, my grandchildren, that many of you have read about if you have read many of my other hubs.

The memory of those days remains clear and the lessons resound in my life. I am so glad that I had the opportunity to live there and to experience the wonderful people of Japan as well as to get to know so many others some of whom I am still in contact today. My understanding of others increased five fold from the experience of sharing the homeland across the world. 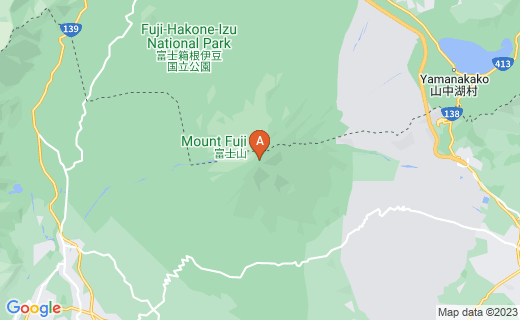 This spectacular location is where we spent the fourth in 1976.