Have you visited Kanheri Caves yet ?

If travel is your passion and open spaces, greenery, history, culture, food, family, picnic, trekking excites you, you are going to love my pages. Today, I am going to talk about Kanheri Caves, an ancient Buddhist monument admist, the busy sprawling metropolis of Mumbai. I am sure, you would find your reasons to visit it, if you are in Mumbai sometime.

Kanheri caves was on my bucket list for long, but somehow I always missed it, either because I was too late in the evening or the planning went totally wrong. It had rained quite well this time and I was contemplating the greenery inside national park. This time it was a quick plan spawned and executed on very same day.So it was trekking combined with a day picnic, to enjoy nature as well as a bit of adventure, history and a family outing. 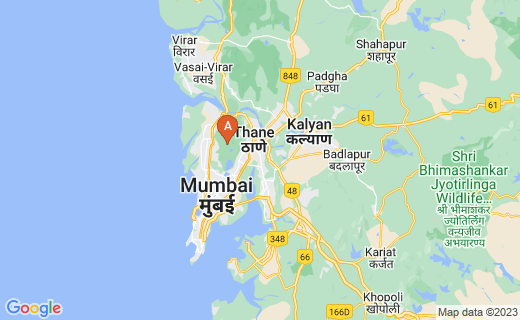 After you enter Sanjay Gandhi National Park, it’s a 15-20 minutes of drive in the emerald greenery of the forest and the tall rocky Kanheri caves became visible from distance. One has to really slow down after this spot, as the uphill road has sharp turns, as it takes you to the Kanheri entrance. It is recommended to plan in advance as on weekends and public holidays, this place gets lot of local tourists and picnickers and it’s hard to find a parking spot.

There are couple of huge caves right after the entrance. This place seemed to be flooded with people and it was hard to find any angle to get a clear foreground for a snap. The caves have been carved out of black stones around 10th century AC. There are as many as 109 caves here of different shapes and sizes. It has a Buddhist stupa and demonstrate Buddhist influence on the art and culture of India.

The climb was slippery at few places and we really had to be careful.The Mumbai Janta was enjoying the water stream and few were lying there soaking themselves into the muddy water and getting one with nature.

On the way to Kanheri

The Kanheri Caves are a protected archaeological site. The caves were sculpted by Buddhist residents around the 1st century BC. The word Kanheri comes from the 'Sanskrit' word 'Krishnagiri' which means 'Black Mountain'. When it comes to span and number of caves carved out of single hill, Kanheri is the largest Buddhist site in India.

These caves are a cluster of Buddhist settlement involved in worship, meditation and education. One would see structures for mass religious meetings or for group worship. It’s a good place to know about typical Buddhist way of living and get to know about Viharas, Chaityas with rock cut Stupas. They led a very simple life, which they believed would help them to attain salvation. Kanheri is also believed to be one of the significant place of literary activities. You would find stone podiums in all these Viharas, which was used as a bed.

Buddhism was introduced in Sopara (Now call Nalla Sopara), which was a capital of Aprantaka (Noth Kokan) in 3rd Century BC. Because of its proximity to Sopara, Kanheri became a learning centre since then for the Mahayana branch of Buddhism. Kanheri has been witness to rise and decline of Buddhism in India.

The rock cut cells devoid of any images and statues depict Heenayana form of Buddhism, whereas the viharas with Buddha images and other ornamentation come from Mahayana sect. The caves were excavated as early as mid 3rd century B.C. and were in occupation right up to 11th century A.D. They were mentioned by early visitors like the Portuguese in the 16th century A.D. and other travelers and voyagers of Europe.

Cave No.3 is Chaitya Griha. Chaitya Griha is the meditation and prayer hall and resembles one at Karla (Lonavla). It has colossal figures of standing Lord Buddha, 7m in height, on each side of the entrance porch and a colonnade of 34 pillars leading to stupa. Stupa is a semi spherical structure, at the far end, which is the object of worship in the Chaitya. On the left wall there are 14 seated miniature Bodhisattvas.

Kanheri was a major Buddhist university and a central hub of trade routes that extended through the Konkan coast all the way to Mesopotamia. One will also find inscriptions in the caves in Brahmi, Devanagari and Pahlavi scripts. Avalokitesvara is the other prominent figure apart from Buddha who finds importance here. Avalokitesvara, the lord who looks down. She is the bodhisattva containing the compassion of all the Buddhas.

The larger caves are chaityas, or halls for congregational worship and are lined with intricately carved Buddhist sculptures, reliefs and pillars, and contain rock-cut stupas for worship. In the walls of Cave No.67 there are sculptures carved out representing the Jataka stories.

The main caves to watch are the first 3 caves and then the cave number 10, 41, 67, 89 and 90.While building these caves, enough thought was given to providing basic amenities like water and one can see the remains of ancient water system, canals and cisterns that collected and channeled the rainwater into huge tanks. All the caves have intrinsic water canal connection.

Although the carvings are not as elaborate and attractive as Elephanta caves, which is another Buddhist destination in this area, the natural setting, surrounding forest, mere span and number of these caves and various carvings is worth noticing. It is difficult to conceive and contemplate the gigantic efforts over centuries to build a structure of this size.

The masterpiece stands there as a testimony to dedication and single-mindedness of our ancestors to achieve something that can stand here for centuries and attract attention of scholar across the world to understand the culture and strength of human endeavor. It really dwarfs us and makes us get little introvert, as we boast about our meager achievements, and also gives courage as well to say that yes our potential is humongous.

While we are talking about Buddhist destinations, I should also mention that if you are visiting Borivali for Kanheri caves, right on the other side of the train station they have a beautiful Pagoda called as global Vipassana Pagoda, which was opened quite recently.

Global Vipassana Pagoda is also a place to get lessons on Vipassana (Meditation) and they run a 10 day camp as well which is more elaborate and conducted in another natural setting similar to Kanheri caves, which is at Igatpuri. These 10 days sessions give a closer look at life of a monk and whats meditation and salvation is all about. It also helps you connect to yourself and get a broader understanding of life and purpose of life.

The view from top is just awesome

We had one shorter break at one of the caves and finished our midday meal. It’s a great experience to feel at home, in any of those caves and watch the activity around, as you contemplate the life of those Buddhist monks, who lead a life of simplicity and salvation in those Viharas. We extended our stay here for some time as it was again raining heavily.

Soon the rain had turned into a drizzle and we decided to move on. The final patch revealed more nature around and as we reached to the top. There was this usual sense of achievement, as this was no less than a trek and still manageable with a family and kids.They do have rock chiseled steps out here, but one needs to be careful in the monsoon.

The panoramic view of the jungle around made us feel nice. Also felt sad that we do not really pay frequent visit to this place. In fact I have done significant amount of travelling till now, but really missed on this natural treasure for so long. We keep looking for our treasures in distant land and they seem to be lying around us. Life is like this. I could relate to the novel by Paulo Cohelo named “The Alchemist”.

Does History, Art and Ancient Architecture interest you?

4 out of 5 stars from 2 ratings of Kanheri Caves