Solano County: Family Fun for Everyone at Affordable Prices!

Solano County, located north of San Francisco, is home to three affordable family-friendly destinations you don't want to miss: the Jelly Belly Factory in Fairfield, the Playground of Dreams in Benicia, and Fentons Creamery in Vacaville.

The Jelly Belly Factory: Take the Tour for Free!

When our son turned four, my husband and I planned a family road trip to Disneyland despite objections from family and friends. They told us: “Don't do it. You'll regret it. It will be a big waste of money. He's too young. Wait until he's seven or eight.” But we were headstrong first-time parents in our late thirties who had waited long enough to experience this kind of fun with a child. I was so eager to see my little boy's reactions on the attractions as he soared through the air on Dumbo, splashed down the hill on Pirates of the Caribbean, and clutched me for comfort in the Haunted House. I couldn't wait to snap those once-in-a-lifetime shots of him hugging his favorite character, Winnie the Pooh, watching his wide-eyed amazement at the singing mechanical birds in the Tiki Room, and staring in awe as the bobsleds sped around the Matterhorn.

But those photos never got snapped, and those rides were never ridden. Family and friends who told us to wait had been right (even my mother it pains me to admit). We had to abort the highly anticipated “character breakfast” mid-bite because our son screamed bloody murder whenever Goofy, Donald Duck, or any costumed creature approached our table. We spent hours upon hours on the slow-moving train that encircled the park. It was our son's safety zone from the chaos that existed beyond the tracks, and he refused to disembark. But most of the time, we weren't even at Disneyland but sitting on the beds at the Disneyland Hotel while our son watched old Mickey Mouse cartoons from the 1930s and 40s.

When we drove away from Anaheim (minus the memories we hoped to make), we gave up dreams for our little boy and for the family we wanted to become. Within the next six months, our son received a diagnosis of sensory integration disorder and a year after that, autism. I cut all the tags off his shirts and pants because their “itchiness” caused him tremendous distress. I vacuumed when he was at preschool because he freaked out when hearing loud noises. I learned to accept his hyper-sensitivity to touch (although my heart broke when he recoiled at my hugs and refused to hold my hand). He started to attend weekly speech and occupational therapy sessions to improve his muscle tone, balance, and coordination.

I finally began to accept that my life was different from other moms and my kid was different from other kids. We lived in the adult playground of Napa Valley where fine wine and gourmet cuisine were abundant but places to take little children were not. I searched for experiences suited to my son's unique needs but often failed miserably (let's not even talk about taking him to see monster trucks at the Oakland Coliseum – a sensory overload nightmare)! But over time I built up a list of go-to-places that offered a “less is more” experience that suited him. A few of our all-time favorites were in nearby Solano County: the Jelly Belly Factory in Fairfield, the Playground of Dreams in Benicia, and Fentons Creamery in Vacaville.

The Jelly Belly Factory in Fairfield Has Many Mementos from Ronald Reagan When He Was Governor of California and President!

1. The Jelly Belly Factory in Vacaville

The Jelly Belly Factory in Fairfield was an ideal destination for my son, offering abundant sensory experiences without overwhelming him. They offer a free 30 minute guided tour that's just the right length for young children. Everybody wears a Jelly Belly hat and looks down into the factory. Employees are working on the assembly line but, most fascinating to youngsters, are the robots that handle the heavy lifting.

My favorite part of the tour is seeing the mosaic portraits made entirely of Jelly Bellies – Ronald Reagan (he made the candy famous when he was governor of California and later as president), Amelia Earhart, Joe Montana, Elvis Presley, and many more. On the tour you watch short and informative videos and get to sample the candy. At the end everybody receives bags of Jelly Bellies.

It's fun to browse the gift store and eye the yummy treats at the chocolate counter. You can wander around and view Jelly Belly memorabilia (plenty of stuff from Nancy and Ronald Reagan). If you're hungry for something less sweet (and, at this point, you usually are), there's a café that serves pizza and hamburgers in the shape of Jelly Bellies.

2. The Playground of Dreams in Benicia

I became frustrated when taking my son to cookie-cutter playgrounds. He avoided large motor activities such as swinging and sliding and wouldn't sit in sand because it irritated his skin. But Benicia's Playground of Dreams, on the corner of First and Military Streets, was well worth the drive from Napa. It's a unique park where children can explore for hours – hiding in nooks and crannies, interacting with other kids, and running, climbing, and discovering. Unlike many playgrounds that are all the same, this one sparks imagination and promotes social experiences.

Before construction began in 1992, the children of Benicia drew pictures of what they would most like to see in a playground. With these visions in mind, community volunteers set forth to build this wooden castle-like structure – complete with turrets, dungeons, ladders, slides, bridges, a glider, and a tire swing. Parents can follow their children through the playground or watch from a nearby bench.

The playground is in a neighborhood park with amenities that let you stay as long as you wish. There are clean restrooms and a Safeway across the street if you get hungry or thirsty. The playground is directly behind the Benicia Fire Station so my son and I would visit the engines and greet the firefighters on every visit (why are firefighters always so darn handsome and nice)?

After hours of playing, we'd would walk down 1st Street with its charming shops and restaurants. We might stop at Double Rainbow Cafe for an ice cream cone or look at the Victorian homes on the side streets. On West G we'd marvel at the impressive brick building with its two massive white columns . It was once the State Capitol Building when Benicia briefly served as California's seat of government. Completed in 1851 it's now a historic state park. We'd continue our stroll to the end of 1st Street, reaching the Carquinez Straits where we'd watch fishermen trying their luck on the pier.

Benicia has long been known as a home for Bay Area artists. There are three glass art studios in town with gorgeous creations: bowls, vases, stemware, lamps. My son and I would drop by to watch the glass artists work, and they always put on quite a show.

The Playground of Dreams in Historic Benicia!

3, The Playground of Dreams in Benicia

For those of us who grew up in the Bay Area, Fentons has always been the place for massive portions of ice cream – banana splits big enough to share with the whole group, thick milkshakes with a second serving from an old-fashioned tin, and their signature black and tan sundae with syrup running down the sides. There's always a festive feel at Fentons– sports teams gathered to celebrate a big win, families coming together to observe a birthday or graduation, college students marking the end of finals.

Lunch dates at Fentons became a mother-son tradition for my boy and me. He loved to watch the employees create ice cream monstrosities (always saying: “Don't forget the whipped cream and cherry!”) and I loved to watch the customer's reactions when those monstrosities got placed in front of them. Although best known for their ice cream, Fentons also serves classic American fare such as hamburgers, hot dogs, sandwiches, and fries.

Fentons Creamery is a Bay Area Tradition With Locations in Vacaville and Oakland!

The Jelly Belly Factory in Fairfield, the Playground of Dreams in Benicia, and Fentons Creamery in Vacaville became our go-to-places in Solano County. We created memories there with low-key “less is more” experiences that my son needed. We did go back to Disneyland when he was older and everybody was right; we had a better time and didn't once ride the slow-moving train!

What is your favorite low-key activity to do with kids? 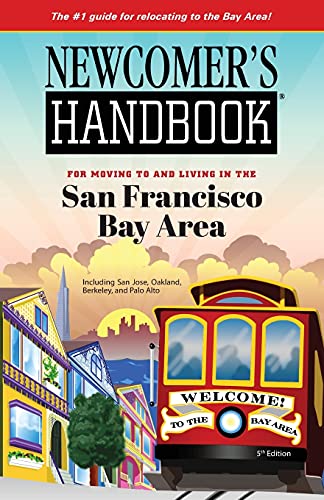 Newcomer's Handbook for Moving to and Living in the San Francisco Bay Area: Including San Jose, Oakland, Berkeley, and Palo Alto
Buy Now

Whether you're moving to the Bay Area, just visiting, or already live there, this book is a fantastic resource. Most people know its major cities – San Francisco, Oakland, and San Jose – but there many other places to explore with amazing museums, neighborhoods, landscapes, and restaurants. While the Bay Area is an expensive place to live, there are plenty of low cost and no cost sights to see. Even though I grew up there, I still learned a lot from this book and highly recommend it.