History and Present of the Manchester City

Overview of the Manchester City 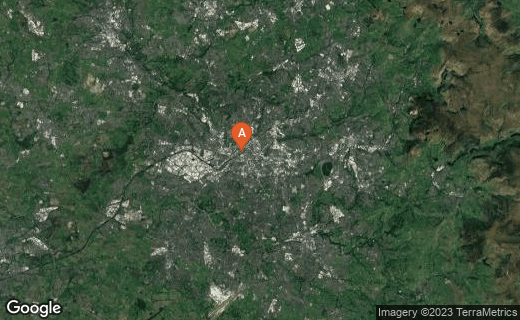 Which is your favorite Restaurant in Manchester?

5 great things to do in Manchester

Manchester is a North West England metropolitan borough and forms a part of U.K.'s 3rd-largest urban area. Manchester inhabitants are called as Mancunians and colloquially are known as Mancs.

The name originates from the Roman name "Mamucium", the fort and settlement. Manchester's Roman habitation probably ended in the 3rd century. In 1066, with the Norman Conquest, the settlement preference shifted to the meeting point of the rivers Irk and Irwell. A collegiate church was constructed in 1421 for the parish by Thomas de la Warre. The church presently is the Manchester Cathedral. It is also a premises of Chetham's Library and Chetham's School of Music. Opened in 1653, the library is the country's oldest public reference library.

During the 14th century, Manchester became an important ground for production and trade of linen as well as woolens. Within 1540 it became the fairest, quickest, best built and the most populous in all of Lancashire. During Industrial Revolution, Manchester was the prime center for manufacture of textiles. It later became the largest marketplace in the world for cotton goods. During the Victorian era, it was dubbed to be the "Warehouse City" and "Cottonopolis". Even now, the word "Manchester" is still in use in countries like South Africa, Australia and New Zealand for items like pillow cases, towels, sheets etc. A huge change was brought by the revolution here and it also resulted in rise of population of the place.

By 1835, Manchester became the world's first and greatest industrial city. Manchester once was the scene of labor and bread riots. The economy of the present-day Manchester is mainly service-based and among the fastest growing in U.K. Major activities at the place include professional and financial services, cultural activities, creative and media, life science industries, communications, manufacturing etc. In 2010, Manchester ranked 2nd in U.K and 12th in Europe in the list of "best place to do business" category. With $85bn of GDP, it is ranked 74th in the world (2008). The Co-operative Group, the biggest consumer-owned business in the world, is based here and plays the duty of the biggest employer. By sales, Manchester is the 4th biggest retail area in the country, with chain stores like Emporio Armani, Vivienne Westwood, Harvey Nichols, DKNY, Hermes and Chanel operating here.

Manchester is the birthplace of bands like the Buzzcocks, Joy Division, The Fall Oasis, Ten and The Smiths. Manchester Arena is the main music venue here and with more than 21000 seats, it is the largest arena of its kind in Europe. Manchester is home to two of the most successful clubs in world football- Manchester United and Manchester City.

Manchester Airport serves the area, with it being the 3rd busiest in the country. Manchester Piccadilly is the busiest station here, with operators like Northern Rail, First Transpennine Express, Virgin Trains and East Midlands Trains. Opened in 1992, the Manchester Metrolink is the first tram system in the country.