Lessons Learned: Eating out in Japan---a Funny Experience We Had at a Japanese Restaurant

Traveling to a foreign country is filled with so many one-of-a-kind experiences that you may wish to consider such a trip.

One way to experience this new land is through tasting many of the new culinary delights that are available. Frequenting restaurants and dining in the homes of our guest country is a favorite way to enjoy the new country. To make this the most enjoyable experience possible following a few simple rules should be followed.

Rule #2 Never assume that you can muddle through reading the menu if you have only had four hours of quickie lessons in the language of the country.

Rule #3 Ask for assistance in ordering. There is usually someone who can help you choose foods that each member of your group will enjoy.

Jesse Browner paints the perfect image with his words---Eating is communion and is improved proportionally by the company with whom we share it.

Eating, and hospitality in general, is a communion, and any meal worth attending by yourself is improved by the multiples of those with whom it is shared.

Experience is a great teacher.

Traveling to Japan in the early seventies was an experience that changed my life forever. My husband was in the Air Force so we traveled there for his tour of duty.

One of our favorite excursions off base was to the many local restaurants. Our first excursion was to a nighttime restaurant with two friends who had been in Japan for two years before we arrived. They were very familiar with how to order and had already found several restaurants that were their favorites.

The Friday night that we joined them for dinner, we went to a tiny restaurant that was located up a flight of narrow stairs, around a corner, and through glass doors.

Just outside the glass doors were cases filled with samplings of many of the various dishes served inside. The foods were delicately arranged on shiny, white plates and each one was made of brightly colored plastic. This seemed to be a wise idea since it kept food from being wasted.

Dining and singing...who could ask for more?

That first evening with our friends, the Newyears, was a night to remember. Our friends ordered food and drinks for us. For an appetizer we had tender, jumbo tempura prawn. The tempura batter was light and crisp. For our main course, we had teriyaki beef and steamed rice, miso soup, and steamed gyoza. The Kirin beer was smooth and cool and satisfied our palates. Later green tea was served which was a perfect ending to our meal.

The evening did not end then though. There was entertainment. There were singers who sang American songs with their sweet little Japanese accents, a bit of nostalgia for we Americans. They sang songs we could sing along with them. Sweet Home Alabama was our favorite as it came out Sweet Home Arabama.

The song was sung with heartfelt enthusiasm and was very entertaining. As the evening ended we said domo arigatou and bowed profusely again and again as we departed.

So many places to taste the cuisine

My husband ,daughter and I often would drive our tiny Honda to the back gate of Tachikawa, park it just inside of the gate and walk into the city of Tachikawa. There were no shortage of restaurants: Soba shops were abundant. On festival days the streets would be lined with vendor after vendor who would be selling yakitori, yakisoba, and anko stands which sold a sweet bean paste that was wrapped in dough.

There were also many other restaurants some of them in department stores and some like the one we ate in on our first trip to town. There was a place to suit the tastes of anyone who wished to dine on the economy.

There was a newly opened McDonald’s too. We ate their once but there were far too many other places that tempted us so we never got back again in four years.

What you should know about Japanese chopsticks
Do not:

For a more in depth discussion of what http://justhungry.com/your-guide-better-chopstick-etiquette-mostly-japanese

Dining out was always an adventure

There were two special restaurants that we enjoyed going to time and time again. Whenever we went to the first of our favorites, there it was jam packed full of customers waiting to place their order or to pick up their freshly prepared food. They served a pork cutlet that was breaded lightly with a tempura batter and cooked to perfection. It was served on top of a container of steamed rice. It was bursting with flavor and sensory experiences for those who dined on it. By the time you received yours you were drunk from the aroma that filled the air.

This restaurant was a one hour train ride from our home. A group of us would board the train on Saturday night and head out to purchase this dish. It was not a sit down restaurant. You purchased your food and stepped outside and stood around the tall, round tables that were provided. This was an evening of fun and laughter and excellent food every time we went.

Our second favorite place to go was a tiny place known for its Korean Barbecue which sounds a bit odd since we were in Japan. But it happened to be a specialty at this little place. We were seated around a hibachi on the floor. We were brought marinated beef and chicken with a few vegetables. A large, white over-sized apron was provided for each of us and a small one was brought for our daughter.

The hibachi was lit and we waited a few minutes till it was very hot and our first piece of meat sizzled excitedly when placed on it. We would cook the meat to our preference, remove it to top a bowl of steamed rice, and using hashi would relish every tiny morsel. 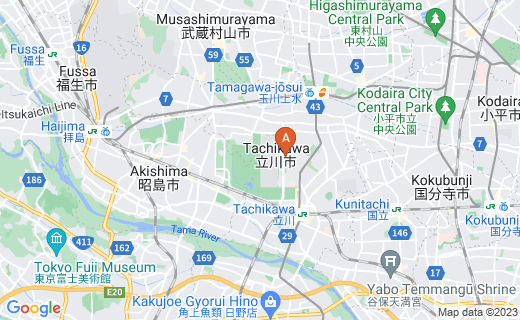 The little city where we discovered so much about our host country, its people, the foods, the culture, and so much more about ourselves.

Differences between Chinese and Japanese chopsticks

You can also find chopsticks made with inexpensive plastic, or more expensive materials such as jade or ivory.

"California Academy of Sciences has the following regarding the history of chopsticks:

Chopsticks play an important role in Asian food culture. Chopsticks are called "Kuai-zi" in Chinese (and means "quick little fellows") and "Hashi" in Japanese. In Chinese ancient times they were called "Zhu." Chinese people have been using chopsticks as main tableware for more than 3,000 years and were first used about 5,000 years ago. By A.D. 500, chopstick use had spread from China to present day Vietnam, Korea, and Japan."

It is reported by some sources that food was cooked in large pots that would retain heat for long periods. Those who were impatient would break off twigs from a nearby tree and use it to spear their food.

By about 400 B.C. because the population had grown and resources began to become scarce, the food was cut into small pieces so it would cook quickly thereby saving fuel.. Because the pieces of food were so small chopsticks became the utensil of choice. it is also believed that Confucius, reportedly a vegetarian, told others not to use a fork or knife at the table because knives would remind them of slaughterhouses.

Chopsticks in Japan first were considered to be precious and were used solely for religious ceremonies. These early chopsticks that were used to eat with looked like tweezers. They were made from a single piece of bamboo that was joined at the top. Chopsticks were being made into two separate pieces by the tenth century.

Originally, there was no one material selected above all others used to make chopsticks. Bamboo became the preferred material for a number of reasons. It is:

After about a month , my husband and I decided we had watched our friends long enough and thought we could return to our first dining out, night time restaurant.

Before deciding to go, I had asked and asked about who to baby sit our baby daughter and was told that the best care was available at the base nursery. So that is where we took her as we set out for our evening together.

We climbed the stairs to the restaurant our friends had introduced us to when we first arrived. We went in and were seated. Soon a menu arrived and it was in kanji (Japanese). We pointed at what we wanted and waited patiently for our food to arrive. We had ordered just what our friends had ordered when we dined there together.

Our frosty cold Kirin beers arrived along with a small glass. We could choose to drink from the bottle or the glass. I chose the glass.

Within a short time the rest of our meal arrived. And much to our surprise rather than the meal we had dined on with our friends, we had a steak with a salad served to us. We had seen the steak and it was very expensive, much more than the amount of yen we had with us.
“Oh, gomennesai,” I said.
“Gomenesai,” I repeated. Shaking my head and saying in English, “We do not want this.” They most graciously removed the dish. We finished our beer and quickly exited the restaurant. Both of us had crimson faces.

Have you committed a faux pas in a foreign country?

You can read more experiences about the life of a military wife:

It is now time for a quiz.

However there are a few among the members of this human race who think they know stuff, stuff they do not know. Yep, that would be us.

I guess in this case, it would be me. My husband trusted that I knew what I was doing so he did not stop me from playing this game of point and order.

I thought that what I pointed at was what my friend had pointed at when she so skillfully ordered as our hostess extraordinaire. Just as an added little detail, there were no pictures on the menu. As you can see, I thought wrong and a tiny little snafu resulted.

It ended well but we could have encountered a shop owner who was not nearly so gracious and we could have had to pay for our mistake. Thankfully, as I said, we only paid for our beers.

Since we had not eaten, we stopped in at one of the many small shops along the way and had gyoza , tempura, and steamed rice.

The evening was not ruined. We enjoyed every bite of our food as we sat shoulder to shoulder with the members of our host country. It was an experience we had over and over while we were lived in the land of the rising sun. The people, the food, the culture, all increased our understanding of others. It was an opportunity of a lifetime and one that increased my knowledge of human nature far more than I realized at the time. I fell in love with the people of the lovely country and have remained enchanted to this day.