I remember sitting in London transfixed by the TV images of the Berlin Wall coming down. It will for me I think be the most compelling piece of TV I have ever seen. I quite expected the reporter standing on top of the wall to be shot. The cold war was over and the map of Europe had been re-written for ever.

Before the wall came down most of central and eastern Europe was difficult to impossible to travel to. You had to get a visa in advance, or book on an expensive tour. This is still the case for Russia and to a lesser extent Ukraine and Belarus, but the rest of Europe is wide open. In fact now places like Romania sound like what was described in Frommer's Europe on $10 a Day - and that was a very, very long time ago! Today even Romania will cost you more than $10 / day but it will cost you a lot less than say Italy! 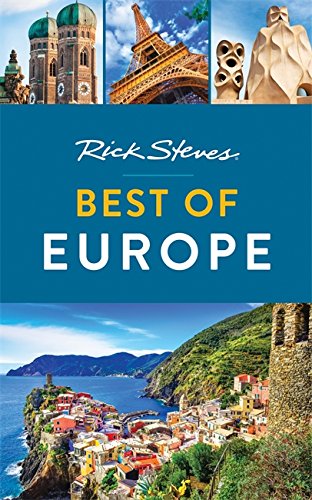 Deciding on a trip to Europe is the easy part. Europe is a huge area, not physically, but from every other point of view. Traveling less than a day by train will take you from London to the south of France. From the grey, amazing traditional but conservative England, to the warm Mediterranean French Riviera. The only way to deal with trip planning in Europe is to split the continent up into some manageable areas. I would tend to group the countries into sub-regions. Nothing is more useful for these early stages of planning than a decent map of Europe - fortunately these days you don't have to go out and buy one! Try clicking on the map above for a larger size.

In the north of the map of Europe there are: Norway, Sweden, Denmark, Iceland. Clean, maybe too tidy for some people's tastes, friendly, safe, English widely spoken. Expensive even by European standards.

France is large and who could go to their first trip to Europe and miss Paris ? France is a large country byEuropean standards so don't expect a warm Mediterranean climate in the north: just beauty and of course excellent food and drink. Don't forget to check out the smaller French speaking countries including Belgium, Luxemburg and Switzerland either!

IIn the center of the map of Europe are not only Germany and Austria but also Hungry, Netherlands, Czech Republic and Slovakia. Mixture of former East and West countries including such gems as Vienna, Berlin and Prague

The new and wanna be members of the EU are catching up fast to the West, but for the visitor can still off good value for money and glimpse of an older, agriculture Europe which is fast disappearing. Includes Poland, Romania, Latvia, Estonia and Bulgaria.

Warmer, slower, home of the long lunch: Spain, southern France, Portugal, Italy and Greece also offer a huge amount of culture and history and great food to the visitor.Great Britain. Staying at a luxury hotels in Venice would have to be the ultimate luxury honeymoon escape in my opinion!

Although many English people would not-consider themselves European - it stands to reason that those who travel from outside the continent include the predominately English speaking islands of England, Scotland, Wales and Ireland as part of Europe. Nothing is quite like them, the language barrier is non-existent for English speakers, the costs are high though. But for many visitors there is at least a remote ancestor who originally came from this part of the world!

Off the Beaten Track

Remote Greenland and the less remote Shetland Islands and Iceland would be fascinating to anyone who wants to understand where the Vikings came from of just to appreciate the beauty of the Arctic. At the other extreme small Mediterranean Islands such as Malta, Cyprus, Sardinia, Sicily are almost overwhelmed by their millennia of history due their strategic location on the major trade route from Africa and the Middle East to Europe.

Where to fly to in Europe

The main budget airline gateways to Europe still include: London, Amesterdam, Frankfurt. However with the cost of low price carriers pushing intra-European flights down and down it may well be worth getting the cheapest ticket to anywhere on the continent and then getting a no-frills flight from there.

In fact with the price of flights its easy to decide to concentrate on a couple of diverse regions and just fly between them for a cost-effective holiday.

Alternatively choose one region and focus on it by using the excellent European Train system and famous Eurail passes.

Cruises in Europe are very popular and with opening up of Eastern Europe its now possible to travel by boat all the way from Amersterdam to the Black Sea, through the heart of France, Germany and Austria.

Lis Sowerbutts has been traveling since age 7, and has to date visited over 55 countries. She firmly believes that traveling is too good to be left to the young.