Maui Hawaii, in One Week

I would like to share our one week trip in Maui Hawaii and some of the highlights and tips that I found useful. 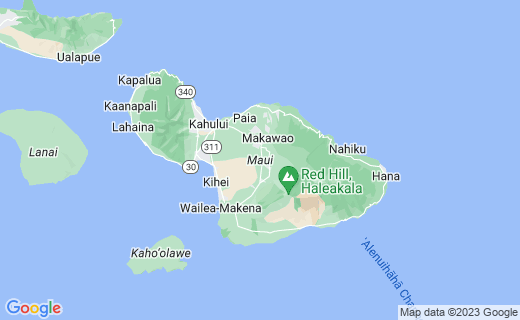 Our group of six, arrived in Kahului Maui in a straight-through flight from LAX. After we picked up our rental car (an extended Ford Expedition), We drove to Kihei ( pronounced Key Hey) which is on the south side of the island. We stayed in three separate condos that became our home base for the week.

One of the things that surprised us was the amount of traffic congestion where we stayed. We thought by being there in March, there would not be that many people. It turns out that Kihei has many condos and is a high-density living area. The roadways and infrastructure were not built to handle all the traffic. Having said that, the scenery and beauty of the island and the people far outweigh any traffic congestion as you will see from the pictures in this article.

We took many pictures while in Maui. It was difficult to sort out the ones that I thought would be interesting. I would liked to have posted them all, but I'm afraid readers would become saturated. So I picked what I thought were the most representative.

From left to right. Me, my wife Marie; My brother Frank; his wife Patti; and Smitty and his wife Sue.

This is picture from across the street of our condo.

The first day, we went to Wailea Beach, which is on the south side of the island.

The Road to Hana

The next set of pictures is about the road trip to Hana. Hana is about 50 miles from where we stayed. The road has some of the most rugged, but yet beautiful coastlines in the world. The two lane road has over 600 curves and crosses over 50 bridges with waterfalls at many of the turns along the way. It's not for the faint-of-heart, if you are prone to motion sickness.

The Blow Hole on the Road to Hana

There was a blow hole on the road to Hana. We are up very high where the picture was taken. You can see a person down at the bottom in a red jacket. This should give you some perspective of how high up we were. The blow hole is almost like Old Faithful in Yellowstone Park.

This is where we had lunch after arriving in Hana. It's a lunch truck where they do the cooking outside. The food was fantastic and the cook was from Tahiti. It was called Brudda's, which is the Hawaiian way of saying Brother's. The truck is parked in the cook's front yard.

The next set of photos shows Makena Beach. It is south of where we stayed and the paved road ends not far from Makena. That is, there is no road that completely encircles the island. There are some gravel and dirt roads, but they require four wheel drive vehicles. Rental car companies prohibit you from using these roads.

Watch the following video and see the tide pools at Makena Beach and the giant sea turtle playing in the surf.

Paia is on the north shore of the island and is known for its surfing beaches. It was once a town that serviced the workers of the sugar cane industry, The buildings have now been taken over by arts and crafts type people that add a certain charm to the area.

On the Way to Hleakala via Up Country

We heard the locals talking about Up Country and found that is the term they use for talking about the towns that are on the way to the Haleakala Crater. We decided to visit Up Country on a day that was raining heavily, so we didn't get any pictures. To get to Up Country, you take Highway 37 which rises from sea level to 10,000 feet at the Haleakala crater. We found two towns along the way: Makawao and Pukalani. Both towns look like they are stuck in the 40's. Makawao has many arts and crafts shops and great places to eat. I did get two indoor pictures of some of the local artists woodcarvings. The pictures follow.

Octopus Made from Monkey Pod Wood

Chair Made from Monkey Pod Wood

The back of the chair is two opposing humpback whales and the seat is a manta-ray. Monkey pod wood is cheaper than koa. The price for the chair is $3,000.00. If it was made from koa, it would be about double that amount.

Some Tips and Pointers about Maui

Here are some things that we learned during our one week stay: