Nazaré is a town and one of the most popular seaside resorts in the Silver Coast/Costa de Prata, Portugal. The town consists of three neighbourhoods: Praia (along the beach), Sítio (an old village, on top of a cliff) and Pederneira (another old village, on a hilltop). Praia and Sítio are linked by the Nazaré Funicular, a funicular railway.The earliest settlements were in Pederneira and in Sítio, above the beach. They provided the inhabitants with refuge against raids by Viking, later French, English and Dutch pirates, that lasted until as late as the beginning of the 19th century.

The beach and promontory 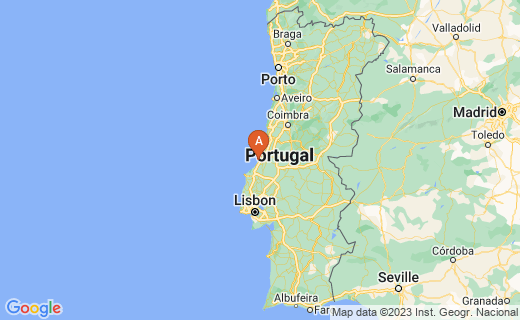 The Nazaré Canyon is an undersea canyon just off the coast of Nazaré (Portugal), in the Eastern Atlantic Ocean. It has a maximum depth of at least 5,000 metres (16,000 ft) and is about 230 kilometres (140 mi) long.

Garrett McNamara on Nazaré: the surfer’s favourite town in Portugal

American surfer Garrett McNamara travels around the world chasing big waves. But there’s one place that keeps drawing him back: Nazaré on Portugal’s Atlantic coast.

His love of the town is reciprocated. Everywhere he goes he’s greeted with open arms and kisses from the restaurant owner to the fishermen and the old ladies of the town in their traditional costume. One restaurant has even created a McNamara menu. Here he reveals his favourite places in the town and along its coast.

One of McNamara's favorite restaurants in Nazaré

Garrett ‘GMAC’ McNamara (born August 10, 1967) is an American professional big wave surfer and extreme waterman known for breaking the world record for largest wave ever surfed at Nazaré, Portugal. McNamara was born on August 10, 1967 in Pittsfield, Massachusetts and spent part of his childhood in Berkeley, California. Moving to the North Shore of Hawaii in 1978, McNamara followed his younger brother's footsteps and began surfing at Sunset, Waimea and the outer reefs in search of giant swells. He entered and placed in the prestigious Hawaiian Triple Crown Series at seventeen and began to gain major sponsors from major Japanese brands. For the next ten years, both brothers joined the competition circuit, traveling and becoming fluent in Japanese.in the early 1990s, McNamara was one of the first to join Tow-in surfing, a technique using boats and personal water craft allowing the surfer to catch faster moving waves than was traditionally possible when paddling by hand.Tow-in surfing was invented by surfers who wanted to catch big waves, the great dream of McNamara.

More about his career and personal life

In recent years, McNamara began another pursuit of Stand Up Paddle (SUP) and gave it his own twist by designing and creating SUP boards for a more extreme experience, venturing into big wave venues like Waimea, Puerto Escondido, and Mavericks. He was invited to compete in the World Stand Up Paddle Surfing Championship in June 2009 by the International Surfing Association, where only 32 elite surfers were invited to attend.

In early 2011, he signed on as a team rider and global ambassador to WaveJet, an electronic jet drive that plugs into any WaveJet personal watercraft including surfboards, stand up paddleboards, and more.

McNamara is married to Nicole McNamara (née Macias), an environmental sciences teacher. The couple wed at Praia do Norte, Nazaré, Portugal in November 2012.

Biggest wave in the world, surfed in Nazaré

Would you try to surf such a wave?

Nazaré is the world’s stage for the biggest waves ever ridden, most of the memorable rides so far were all during big days with favourable or at least sufficient conditions for surfers and safety teams to ride and operate... when conditions go beyond that point, we call it Black Naza.

Interesting links about the giant waves of Nazaré