There is something very special about visiting a place that is historically significant. It's a trip back in time.

Thomas Jefferson loved this home better than any place on earth and if you ever go it will be apparent why that was true.

He called Monticello his "essay in architecture". Monticello is Italian for LIttle Mountain and it's pronounced Monti-chell-o. He lived there for more than fifty-six years. He worked for more than forty years in designing, altering it, adding to it. It's a National Historic Landmark.

We visited Monticello one fall day and were most impressed.

The views are breathtaking. The grounds have been impeccably maintained and you can just feel the pride that Thomas Jefferson must have experienced every time he returned.

I would visit again in a heartbeat.

All of the photographs on this page were taken by me.

The Third President of the United States of America

It was rumored that Thomas Jefferson fathered a child with one of his slaves, a woman named Sally Hemmings but it has never been proved and is often considered that it was an attempt by his political rivals to discredit him.

Thomas Jefferson - The Sage of Monticello

Jefferson was called the "Sage of Monticello" and the "Man of the People". He was well educated at William and Mary College and was a lawyer and planter.

Thomas Jefferson had many talents and skills. Some of them I have listed here.

Would you like to learn more about Thomas Jefferson?

The Road to Monticello: The Life and Mind of Thomas Jefferson
"Drawing on Jefferson's letters, journals, and commonplace books, Hayes offers a wealth of new scholarship on the literary culture of colonial America, identifies previously unknown books held in Jefferson's libraries, reconstructs Jefferson's investigations of such different fields of knowledge as law, history, philosophy, and natural science and, most importantly, lays bare the ideas which informed the thinking of America's first great intellectual." (Amazon)
Buy Now

It is neither wealth nor splendor; but tranquility and occupation which give you happiness.

The Gardens of Monticello

Thomas Jefferson wore many hats including that of scientist, inventor and botanist. He planned and had planted a vegetable garden, a fruit garden and ornamental gardens. There were also two orchards and a vineyard.

The vegetable garden is a 1,000 foot section on the property. It's divided into 20 squares or growing plots which were used to grow the vegetables as a source of food as well as an experimental laboratory. It was called Mulberry Row because Jefferson planted Mulberry trees all along that section.

There's an ornamental bean plant that has the most beautiful orchid-like blossoms and an okra plant that has flowers resembling poppies. There are more varieties than I could possibly mention.

Jefferson designed twenty oval flower beds which he placed at the corners of the house. Each was planted with a different species of flower. Some of them were rare at the time and many had been growing in the gardens of Europe for centuries and were introduced to America... Roses, Sweet William and Poppies just to name a few. Some of the flowers in the gardens, today, are very old species that disappeared after Jefferson's death. There has been a great effort to restore them.

No occupation is so delightful to me as the culture of the earth, and no culture comparable to that of the garden. 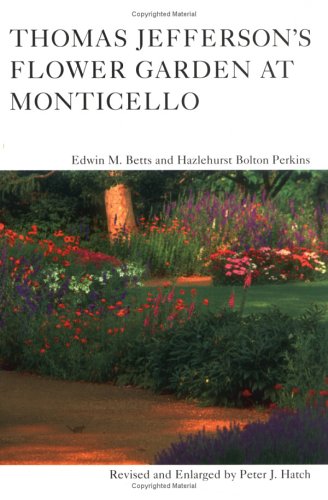 Visitors are not allowed to take photographs inside the mansion because the furnishings and artwork are fragile with age.

That's why I encourage you to watch this slide show from YouTube. It's a mini-tour of the interior which is quite beautiful. There are wonderful shots of the landscape including a few aerial views, as well. It's a perfect compliment to my photographs. You'll enjoy it. 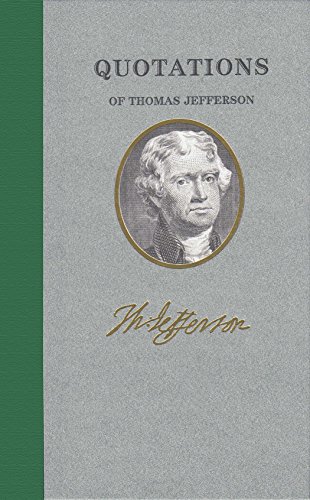 Quotations of Thomas Jefferson (Quotations of Great Americans)
Includes some 100 observations about life, liberty and the pursuit of happiness-as well as art and culture-from the author of the Declaration of Independence. The new series look features a classic portrait of the author on the front cover with his signature printed below in gold foil. (Amazon)
Buy Now