Must-See Sights in the UK for Jane Austen Fans

Jane Austen's novels remain some of our most popular stories. Not only are her books still read, but there have been numerous screen adaptations of her work and successive generations of people fall in love with her characters, their lives and their loves. Why? Because Jane Austen not only crafted her words beautifully, but she also wrote about people with startling insight. Her characters may flit around the countryside in sprigged muslin frocks, but we can easily identify with their problems and feel uplifted by their triumphs. No wonder that many people want to escape to Jane Austen's world.

If you are craving a little bit of Pemberley, want to dance at the Assembly Rooms or simply want to be nearer to Jane, here's Jane Austen's England. 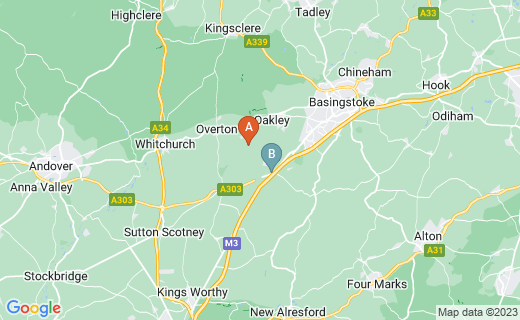 Jane Austen was born at Steventon Rectory in Hampshire on 16 December 1775 and the village was to remain her home for the majority of her childhood and early adulthood. Jane's father, George Austen, besides being rector of the parish church also farmed and educated a few boys who boarded at the Rectory. The large Austen family, although close knit, did not keep themselves isolated and Jane enjoyed an active social life and formed many friendships in the area.

Sadly, the Rectory was demolished around 1824. The site is now a field, the only evidence of the Rectory being a metal water pump and a lime tree, planted by James Austen, Jane's brother.

Jane wrote Pride & Prejudice, Sense & Sensibility and Northanger Abbey during her time at Steventon. Although you can't visit the Rectory, it is worth visiting the area to soak up the atmosphere of the place that Jane loved most. A quiet walk in the green countryside around the village may just inspire you as it did Jane.

Although you can't visit Jane's childhood home, you can visit Steventon Church where the Austens worshipped. This modest church, dating back around 600 years, remains largely unaltered since Jane's day. Jane's eldest brother James and several of his family are commemorated on plaques inside the church and you can see their graves outside. You will also see a plaque dedicated to the Jane Austen Society of North America, whose kind donations paid for the refurbishment of the church bells in 1995. Whilst you are outside the church, take a look at the weather vane on top of the steeple (the steeple is an addition since Jane's time); it's shaped like an old fashioned quill pen, in honour of Jane.

Nearby, just two miles to the south, is The Wheatsheaf, a former coaching inn. This is the place where Jane would have walked to post her letters and pick up mail from her friends. Externally, The Wheatsheaf remains much the same as it did in Jane's time. Nowadays, you can't pick up your mail here, but you can order a meal in the restaurant.

Jane was by no means a quiet spinster. She enjoyed a very full social life, visiting friends, shopping and attending dances. Since her day-to-day life would have been circumscribed by the distance a carriage could travel, you can find most of her former haunts within easy distance of Steventon.

This was the home of a widow, Mrs Lloyd and her two daughters. The family became close friends with Jane and her sister Cassandra, and the two Austen sisters visited the house frequently. One of the Lloyd daughters, Mary, became the second wife of James Austen, whilst the other, Martha, married the youngest Austen brother, Frank.

Ibthorpe House has, until recently, been open for visits by appointment only. However, the house has recently been put up for sale and it remains to be seen whether it will be possible to view the interior.

This substantial Tudor house was the home to the Chute family during Jane's time. The family held dances and balls at their home and Jane was often one of their guests. The Vyne is an impressive house set in beautiful woodland, well worth a visit for any history lover.

An elegant house that was in the ownership of the Lefroy family during Jane's life. Jane was friendly with Anne Lefroy, and her brief dalliance with Mrs Lefroy's nephew Tom was portrayed in the film Becoming Jane. The Lefroy's youngest son married Jane's niece, Anna Austen.

The town of Basingstoke, only a few miles from Steventon, provided Jane with opportunities for shopping and dancing. Dances were held at the Assembly Rooms and the Austens, like many of the local gentry, would have attended. Although the Assembly Rooms no longer exist, the local heritage society have erected a plaque on the site, which is on the wall of Barclays Bank. 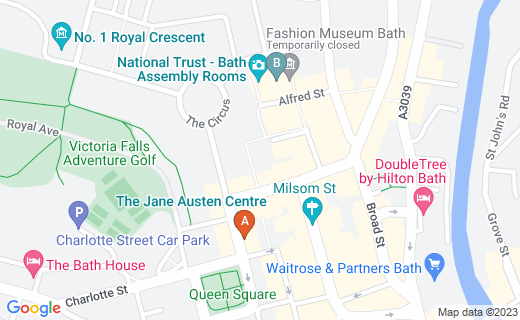 In 1800 George Austen retired and decided to move the family to Bath. Although Bath was still a fashionable place to live (though not quite as fashionable as in its heyday some years before), Jane was clearly not enthralled by the city, as her quote above shows. However, Bath is one of the places most associated with Jane, not only because she lived here, but also because of its appearance in Northanger Abbey and Persuasion.

Bath is a beautiful city and its elegant Regency squares and crescents make it easy to imagine the city as Jane would have seen it. The Assembly Rooms are a must-see place to visit, as is The Crescent. However, perhaps the most important stop-off point for any Austen fan is a modern innovation, the Jane Austen Centre.

The Jane Austen Centre has a permanent exhibition guiding the visitor through Jane's life in Bath and the effect the city had on her writing. The Centre includes a Regency tea room and gift shop and provides opportunities to dress up in period costume. Walking tours of the city can also be booked at the Centre.

Perhaps the best time for an Austen enthusiast to visit Bath is in September when the Jane Austen Festival takes place. The Festival includes a Summer Ball, a costumed Regency Promenade and concerts, all with ample opportunity to dress up.

Chatsworth, the Inspiration for Pemberley

In Pride & Prejudice the normally sensible Elizabeth Bennett has her head turned not only by Mr Darcy, but also by his home, Pemberley. As she admired the house, Elizabeth imagined that she would be proud to be mistress of such a marvellous house. Perhaps Jane had had similar feelings when she visited Chatsworth, the home of the Dukes of Devonshire, on a visit to Derbyshire in 1811. In Pride & Prejudice she sums up the impression that Chatsworth made on her:

She had never seen a place for which nature had done more, or where natural beauty had been so little counteracted by an awkward taste

The 2005 adaptation of Pride & Prejudice starring Keira Knightley used Chatsworth as the location for Pemberley.

Chatsworth is one of the UK's finest stately homes and is open to the public between March and December each year. Besides the house you can visit the gardens, woodland, farm and adventure playground. 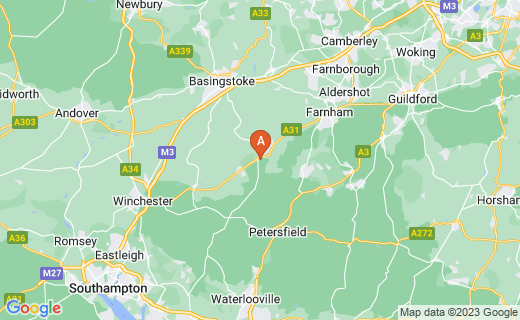 After the death of George Austen in 1805, Jane, her mother and Cassandra led an unsettled life for a few years, until they were offered a cottage by Edward Knight (one of Jane's brothers, who had been adopted by a distant cousin), which formed part of his estate. The Austen women settled down to a quieter life, although for Jane it proved to be a very productive period.

It was at Chawton that Jane revised her earlier drafts of Pride & Prejudice and Sense & Sensibility, both of which were then published, becoming instant successes. Jane wrote and published Mansfield Park at Chawton but Persuasion and Northanger Abbey did not get published until after her death.

The cottage in which Jane lived is now the Jane Austen Museum, run by the Jane Austen Memorial Trust. The house has remained as it was in Jane's time and contains a small collection of objects and manuscripts belonging to Jane and her family. Nearby is Chawton House, the home of Jane's brother Edward, which is a separately run charity, housing the Centre for the Study of Early English Women's Writing.

In May 1817 Jane decamped to Winchester as she was ill and wanted to be near her doctor. She moved into a house in College Street, but her stay was unhappily short as she succumbed to her illness and died on 18 July 1817 at the age of 41. Although you can see the outside of the house in College Street, it is a private residence and not open to the public.

Jane was buried in Winchester Cathedral and there is a brass plaque over the original memorial stone that marks her tomb. The Cathedral also has a stained glass memorial window to Jane's memory, which was funded by public donations.