I have lived almost my entire life within a 2 hour drive of Walt Disney World in Orlando, FL. It is truly a magical place. I consider myself to be a Disney Pro. My first sunburn came on my first Disney trip when I was 2 weeks old. My sister Jackie and I were there so often growing up that we actually thought our family owned it. Just for the record, we do not.

My adult life is really no different. Disney has always been special to my immediate family. And as my sisters and I grew up and scattered for college and beyond, Orlando was a great central location for us to get together. And honestly, if I am going to Orlando, I will be at Disney thank you very much. In my opinion, there is no place else to stay.

So it should have been no surprise to my husband that our kids would spend an inordinate amount of time there. I would guess that my munchkins have been on Disney property at least 40 times in their short lives. And I have easily been 150+ (we go frequently to the Resorts and not actually into a Park; I'll be blogging about the Resorts).

It bugs me to hear people say "my kids aren't old enough for Disney." Yes, they are. A person cannot be too young or too old to enjoy the Happiest Place on Earth. My daughter was about 6 weeks old when she went for the first time. And my son was 1 month. Obviously a newborn who can barely see past his own nose isn't being visually stimulated. But still, I think there are great reasons to take your munchkins early.

5 Reasons to Take Your Young Ones to Disney

As I said before, you are simply never too young to enjoy Walt Disney World. Here are my top 5 reasons to pack up and head to Orlando with your itty bitty boos: 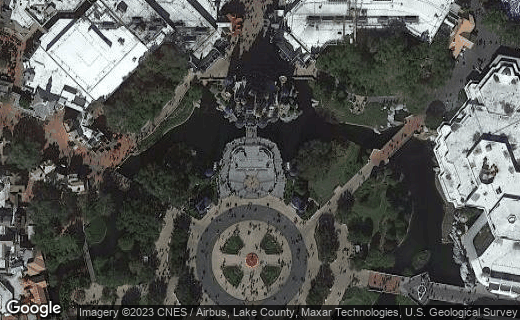 Which Park is your favorite?

These are my top faves. I'd love to hear yours, leave a comment below.

One of the biggest mistakes that I see parents make at WDW is stressing out about "getting it all done". I understand that for must, you only have a limited amount of time to experience it. But, I think stressing out and dragging exhausted, over-stimulated kids around a theme park or two is a bummer. How is that fun for anyone?

We usually game plan before heading into the Park. Our game plan includes a ride or two that each kid wants to do and a maximum wait time. My kids are prepped ahead of time that Mommy will not wait longer than (insert your own number here, mine is 30) minutes. We usually try to make their dreams come true, but sometimes the Parks are busier than I like. When that's the case, the kids roll with it. After all, it was on the game plan and anything missed on this trip will be attempted on the next.

Our usual game plan has changed a bit since the Magic Bands have rolled out and we can sign up for Fast Passes online. I LOVE this and will definitely discuss it in later blogs (probably the one where I discuss the Parks).