My Ten Favourite Canadian Cities In Canada To Visit 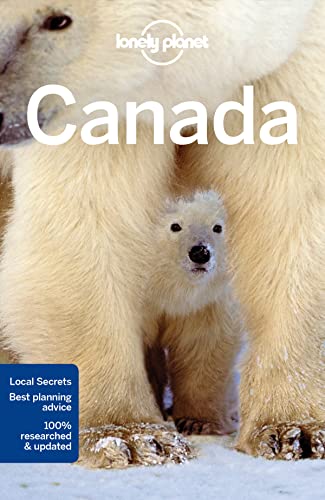 Canada and Places In It I Love

I love living in Canada, and have traveled to most of the provinces of Canada, so I'll try to narrow down some of my more favorite cities and why I love them. In no particular order, as I really don't have a true primary favorite.

Canada has millions of towns and villages and other areas that people will go to travel and explore. It is one of the most beautiful places on earth and most people should try to visit it at least once. As with all countries there are some not so positive things about it, but still Canada is a country of people. So, without any more writing, here is the top ten cities to either see or to visit in Canada.

The largest city in Western Canada is also the third largest city in the country. It is home to a very diverse population, and has an Asian population which defines it more so than the rest of the country. While it is not a capital of the province of British Columbia, there are more people who live there than they do in the capital- Victoria.

Over the past 30 years, Vancouver has grown in culture and population but like most larger cities it has had its fair share of problems, with high housing prices and a large low income population. However it has played host to two important events: Expo in 1986, and the 2010 Winter Olympics. These have lead to increased transportation in more suburban areas, but also some soul searching for one of the major cities in Canada.

A smaller sized city close to Toronto and like Vancouver, holds a lot of history and a center of education. These two cities boast not one but two universities, and a college. The winters are not mild, they get a lot of snow, and ice, but there are many things to do in the area.

Fun Fact: Kitchener was once called Berlin, due to the high number of ethnicGermans living in the area. During World War I it was changed from Berlin to Kitchener, to show loyalty to the Canadian government. Kaiser Wilhelm park became Victoria Park, and his statue has gone missing since about 1916.

I love it for the history and every time i go to Ontario I tend to stop there for a few days.

A northern city with plenty of history and many things to do. If you go there, the Hotel MacDonald is a site to see. The downtown core has plenty to see and Edmonton does have a number of Colleges and a Large university.

For the more sport minded person, Edmonton was known as "city of Champions" for a time with their Hockey team and football team both winning numerous championships. ( Hockey Five Stanley Cups. and Countless in Football.. sorry not sure of the number in the CFL, can someone help with that?) There are so many things to do in winter and summer. Fort Edmonton is a must for any history lover.

The Calgary Stampede. Enough said. This even is held yearly and is a lot of fun to see the horses and cattle.

There is many sites and the transit system is grand, it run fast and effectively. In 1988 there was the Calgary Olympics, of which the movie: Cool Runnings is based on. The winters are lovely, but not the hot and cold spells during the spring. Still there is a lot to do, and many sites to see. The revolving restaurant is great to go to. A must.

Much of their Olympic venues are still found around the area, providing some great training to new athletes.

The city on the island. This is one of the most westerly cities of Canada, A very nice capital city, and named after a Queen. The Parliament building is a great place to visit. The climate is perfect and there is both old and new Victoria side by side.

CN Tower. Canada's largest city. Bloor Street Shopping. (Okay a lot of shopping areas on Bloor Street... very expensive I might add!) The Canadian National Exhibition. Ontario Place. The many Universities. The History, once a capital of Upper Canada. Hundreds of sites to see and things to do.

Enjoy the shopping or take in a hockey or baseball game, or even a basketball game. There are things for every sports fan.

I love the vibrancy and movement in this city. The main city hall is a must view, but also if you have the chance, and want to stop there are some smaller areas to see "old toronto."

You'll need to speak French, but the language makes the city, The Eastern island city is a wonderful piece of history and tradition and a great place to view the river surrounding it. A rough translation of the name in English is Mont. Royal.  Still it is a city that is ever changing and has more links to english canada than the rest of the province.

Still, with so much history and areas to explore, it is a must see city.  If you are lucky you need to go to a Montreal Canadiens hockey game.  The atmosphere is awesome.

I love the ability to go to the city and speak another language and yet, still be within Canada. The city has a wonderful hockey team who has been there for more than a century. The Montreal Canadiens. ( this is the French version of Canadian.)

This is a historical city and yet, it is also the place where much is changing and yet remains the same. A city on an island. Prince Edward Island to be exact. Named after a son of King George III. ( Or so the story goes.)

This is mentioned in Anne of Green gables and its series. This is a lovely city in Summer and a Wonderful place in winter.  It has a timeless quality to it, and the sandy beaches are a place where everyone needs to take a photo of.  Quite a lovely city and it has so much travel in such a small province...

Three Words For you: The Guess Who. Love that rock band. some great talent has come from this city. There are thousands of lakes in the area. It's great for fishing.

Last but not least....(it might also be my favorite!... you never know)

For the History lover, this is Bytown. The city is the capital of Canada. It was chosen as such by Queen Victoria. Toronto to close to the United States border, and Montreal would anger the Upper Canadians... so off North to Bytown it was. The newly renamed Ottawa is home to royalty and government.

This is a wonderful city to visit, but be advised to do so outside of sessions of Parliament, easier to be able to view the city.

There you have it my top ten, there are others, but these are the ones I love and a reason or two why I love them.

NB: This is my first travel and places hub, so hope you enjoy it!