My day in Santa Monica

I am currently studying Sociology in my third year at Cardiff University. I love to explore cultures and societies around the world.

The extraordinary Santa Monica is a place forever engraved in my memory due to its aesthetics, charisma and individuality. The pier, a global attraction, was unlike anything I have ever seen and the city itself was full of so much character and filled with so many shops and bars/restaurants, you could find yourself walking for eternity. I spent a single day here but I can tell you now that I will be venturing back and I 100% recommend you put in on your bucket list – you won’t regret it. 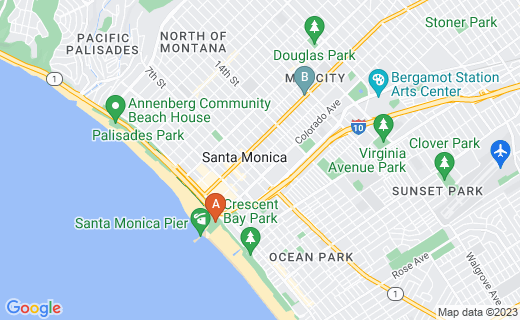 I visited Santa Monica during a family holiday in the summer of 2017. We were staying more in the centre of Los Angeles so it was a day trip of ours that we were undoubtedly very excited about. We stepped out of the Uber and were pretty much standing on Santa Monica State Beach – the sand was clean and sparkling all while the sun was glowing from above us. Now, for us English persons, we are happy if the temperature passes around 25 degrees Celsius as our ‘summer’ weather rarely exceeds this anyway. Therefore, you can imagine our excitement when we go on holidays to places, like California, where their summers are actually hot and in Santa Monica that day, it reached around 30 degrees Celsius – a dream for myself and the whole family! We took off our flip flops and, for the first time since the summer of 2016, stepped into the cushioned sand. Walking across the beach with the sun bathing us was something we had all dreamed about for a long time and there was no better day or place to live that dream.

As we were walking down a walkway which separated the two stretches of sand, we spotted people in the distance swinging around poles and climbing ropes. Intrigued, we continued to wander closer and later discovered it was some sort of gym on the beach. It was an area – still on sand – which contained loads of metal workout equipment like pull up bars, gymnastics rings and even monkey bars (they were my personal favourite). We visited Muscle Beach in Venice Beach last year and they had a similar setup however it was definitely more intimidating to just go for a try or a play on the equipment there, even if they were open to all. This is most probably due to the large number of onlookers and of course the men and women working out pretty intensely on them with muscles bulging out at all angles. However, in contrast Santa Monica was much more relaxed and had a lot of us ‘ordinary’, definitely-not-body-builder-material people just roaming around trying whatever they liked. So of course, me and my family spent a good 30 minutes playing on the different apparatus; trying to complete the monkey bars, seeing who could hold their body weight the longest and also if we could complete more than one pull up (spoiler: not one of us could). Then, just as we were heading out, my sister who is 15 years old lets out a squeal as she had seen none other than swings. It was in that moment, every one of us in unison broke out into a sprint to race for the 2 free swings. We had officially rewound to childhood and were giggling like toddlers while pushing each other higher and higher.

With blistered hands from the monkey bar attempts, we continued to stroll down the walkway until we got to the steps leading up to the pier. You’ve probably seen Santa Monica Pier on TV or in magazines and it honestly exceeded every beautiful picture we had seen before going. As soon as we reached the top of the steps, we were met with a thousand colours and happy faces in every direction. We walked through Pacific Park, the family amusement park at the end of the pier, with the rollercoaster above our heads and the sea beneath us. At the very end of the pier, we sat and had a cool drink in the bar. We picked the table outside and right by the glass separating the bar from the pier so we had a fabulous view of the glistening sea. As well as this there were many fishermen and women who were seemingly doing a good job at catching a fair few fish – we watched as the fish were pulled up onto the pier and put into buckets of water to be cooked later. All of our people watching was accompanied with the sound of an elderly gentleman singing classic songs by legends such as Prince and Elvis.

After we had taken some photographs of the heavenly views, we walked back towards Pacific Park. Myself and my family had taken an interest in going on the renowned Ferris wheel, which was soaring up high with the birds and like everything else was painted in bright colours, only attracting us more. We got our tickets and stepped into queue excitedly with all of the other eagerly-awaiting people. Now, as you probably guessed, our expectations were met and surpassed greatly. Once on the Ferris wheel, we were passengers for probably around 5 minutes – more than enough time to take in the extraordinary surroundings both on camera and with wide eyes. It was stunning. When at the peak of the spin, you could see right up to the horizon in all directions. Turn left and you saw the pier’s rainbow of colour beneath you while the beach and sand stretching for eternity into the distance. Look right and you could see the busy city border lining yet more sand which again covered miles of land. You also got a great view of the whole pier, all 1,600 feet of it. The whole experience was incredible and a highlight of my entire 2-week holiday.

While still reliving the scenes from the Ferris wheel together, we continued drifting down the pier stopping and starting whenever we saw something intriguing (which was fairly often). Upon reaching the finishing point of our venture along the pier, we decided to have a couple of hours on the beach as the sun was shining and our skin was blindingly white – it was definitely time to start tanning! The beach and water was clean, well maintained and of course beautiful. We stayed for about 2 hours, absorbing the sun and relaxing our still-jetlagged bodies.

Our next stop was the city centre. We exited through the pier entrance passing the remarkable Santa Monica Pier sign and proceeded to be the classic tourists getting photos of it from all angles from about 4 different devices. Then, once satisfied, continued onto the shops and bars. The city itself is delightful, it has hundreds of shops all ranging from the posher boutiques to more main stream stores. As well as this, there are restaurants at every glance so you are not short of things to entertain yourself with for a good few hours. Unfortunately, we didn’t have that much time to spend browsing as we had to have our evening meal and then get back to our hotel in central Los Angeles which took around 45 minutes by car. So instead, we ventured down the streets in search of some classic pub food and we found the perfect candidate – Barneys. If you’re from America or have been before, you may have heard of the pub chain ‘Barneys’ as it seems fairly popular from the outside eye. I am a simple girl and had a southern-fried chicken wrap filled with fresh salad and I can confirm it was one of the best chicken wraps I have ever eaten. We all left feeling very full and content with what had been a delicious meal and great service.

By this point however, it was time to call the Uber to take us back to our hotel after an amazing day experiencing the delights of Santa Monica. And although only there for a single day, I will remember my time there for as long as I live. For now, though, I will look back longingly at my photographs awaiting the day of my return.