A Museum Full of Cowboys and Indians

I have had a long standing interest in the Paiute Indians and Native Americans in general. I love reading about them.

The End of the Trail

Rev. Alden of Little House on the Prairie

I recently worked with an organization to raise money for the native Missourian actor Dabbs Greer. I would like to get this actor best know for his character Reverend Alden on Little House on the Prairie inducted into the National Cowboy and Western Heritage Museum. Mr. Greer has made a significant contribution to western film, stage and television. He has participated in 70 stage plays, 100 feature films, 83 filmography titles and 589 television episodes. I believe he should be a part of the great museum. I have applied to get him inducted into the museum. This pursuit is what lead me to visit the museum again. 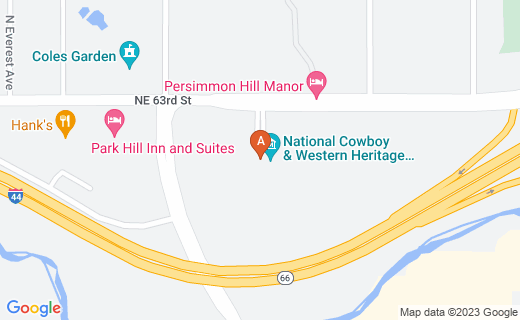 My first impression as a child of the National Cowboy Hall of Fame in Oklahoma City, Oklahoma was the refreshing sprinkles of water from the miles and miles of spewing water fountains, We had traveled what seem like forever. It was hot and stuffy in the car, so getting out of the sweltering car and have a breeze sprinkle water on me. It made an quite an impression on this ten year old. Now there is a lonely trail of footprints of a cowboy and his horse impressed into the cement where those awesome fountains once flowed.

It is now called the National Cowboy and Western Heritage Museum. The name change took place in 1960. It houses 200,000 square feet of display space. It has over 2,000 works of western art. Located inside is old photos, barbed wire, saddles and a western town called “Prosperity Junction.” The town has 19 buildings covering 15,000 sq. ft. of the museum. There is a jail house, stable, school, railroad station, full sized cattle cars and more.

The End of the Trail

As you enter the doors you are greeted by this spectacular creamy white sculpture of a Native American riding a horse. The Native American is slumping forward like he is really tired or almost dead and the horse looks like it is about to take its last step. This structure is 18 feet high. This sculpture is titled The End of the Trail by James Earle Fraser. The sculpture was not weathering well where it was located in Moody Park in Visalia, California. The National Cowboy Hall of Fame had the piece repaired and bronzed for the park, so this elaborate piece could be brought to an inside location. This sculpture is depicting the “Trail of Tears” a sad piece of Native American history of their removal from their homelands and move to Oklahoma.

Along the great hall you will find a bigger than life statue of John Wayne. Even though John Wayne is known for his westerns. My personal favorite is the movie Hatari. In this movie John Wayne plays a professional wildlife catcher in Africa. The greeter at the museum stated that John Wayne was a great supporter of The National Cowboy and Western Heritage Museum and that his family still joins them regularly at functions.

There is another massive, creamy white sculpture down the great hall. It is a sculpture of Mr. Abraham Lincoln sitting on a stool looking down at his hands pondering perhaps how to save this wonderful nation. It is a powerful feeling to stand under that gaze and feel all the wisdom and knowledge pouring down over you. Mr. Lincoln worked day and night to keep our nation - one whole nation under God.

One of the artist that caught my attention was painter and sculpture Nicholas Eggenhofer. He moved to the United States at the age of 16 with his parents from Bavaria. He lived in New Jersey and Wyoming. His art was very detailed and looks as if the people and animals could walk right out of the paintings. His work is said to be “historically accurate from careful research.”

There is a name you come across quite frequently as you view the sculptures. The name is Frederic Remington. His paintings and sculptures are very striking. When I think of Remington I always think of a gun. Frederic is cousin to Eliphalet Remington, founder of the Remington Arms Company, which is considered to be America’s oldest gun maker.

There is works by Charles Schreyvogel a revile of Frederic Remington’s. Schreyvogel’s work came on the scene after artists like Remington and Russell were already established. Remington through newspaper reporters was very critical of Schreyvogal’s work on Custer’s Demand. He said his uniforms and guns where not accurate. There is no doubt when viewing Schreyvogel’s paintings that he belongs here among the greats.

The biggest shocker for me was the room containing over 1,300 different kinds of barbed wire. I have climbed through many a barbed wire fences as a child. My father had even collected barbed wire for years. I thought I had seen just about every kind of barbed wire there was to see.

They have the original suit worn by actor James Scott Garner in the TV series Maverick. Mr. Garner, a native of Norman, Oklahoma, was a strong supporter of the National Cowboy and Western Heritage Museum. Mr. Garner also has close ties to another Oklahoma museum. The Sam Noble Oklahoma Museum of History in Norman, Oklahoma. As a young man he and his brother watched a Mastodon being unearthed at a local farm. The Mastodon fossil now resides in Sam Noble Museum. Garner also donated the collection of manuscripts from the Maverick series to the museum.

National Cowboy and Western Heritage Museum takes about two hours to view. It is something the whole family would enjoy. Have your picture taken with John Wayne or Mr. Abraham Lincoln. Decide if you think Mr. Remington had good reason to dislike Mr. Schreyvogel’s works. Enjoy a snack at the Persimmon Hill Café, then take a stroll back in time when the air was clean and the land was open. 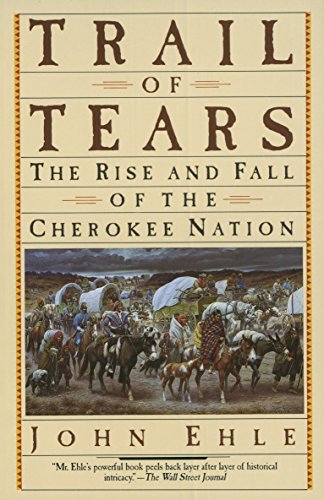 Trail of Tears: The Rise and Fall of the Cherokee Nation
Buy Now