National Museum of the Royal Navy

More than just a shipwreck

National Museum of the Royal Navy

In an earlier hub (Ramage: A series of historical novels) I described my interest in life at sea in the days of Nelson. Through work, I was lucky enough to score a couple of visits to the UK and stayed mainly along the south coast of England. As I moved around I found myself driving through towns and places with names very familiar to me through my reading; Portsmouth, Bridport, Weymouth just to name a few. I was determined to make the most of my trips and on my second visit I was able to briefly step into the pages of the novels and history books I enjoy so much.

At about 5:30 am, 28 hours after leaving Bendigo, I touched down at Heathrow with about eight hours to kill before I needed to be at Poole in Dorset. 45 minutes later I had picked up my hire car and had negotiated my way onto the motorway to Portsmouth. On my previous trip I had wanted to tour the National Museum of the Royal Navy but time beat me and I had to give it a miss. It was number one on my list of things to do this time. Eventually, I made my way to the coast and, probably because it was still only about 8:30, I managed to find a park. Something that I had discovered is in short supply.

I had to wait a little while for the gates to open but it meant I was one of the first in and it was well worth it. For anyone who enjoys experiencing history, particularly military history in this case, this museum will not disappoint. I started the day with a walk around the complex and then a tour of the harbour to get familiar with the surroundings. Apart from the museum, the harbour is also a functioning naval base, ferry port and home to many pleasure craft. The waterway is so busy that the harbour master keeps watch from the semaphore tower and all vessels over 20 metres in length must request permission before moving within the harbour or leaving its berth.

Out through the entrance of the harbour I could see the Isle of Wight and the area known as Spithead. This anchorage has been used by the Royal Navy for hundreds of years but my interest lies in the Spithead mutiny of 1797. England was at war with France and discontent with conditions in the service saw several crews protest. The mutineers maintained discipline aboard the ships and promised to sail out and engage with the enemy should they threaten attack. Eventually, the Admiralty negotiated an agreement that satisfied everyone and things returned to normal.

Back on dry land I started meandering through the exhibits. There were many interesting artefacts from the Second World War but one that sticks out in my mind is the Shillelagh carried by Captain Colin Maud when he acted as beachmaster on Juno Beach during the D-Day landings on the 6th of June 1944. Accompanied by his German Shepherd, Winnie, Maud strode along the beach directing troops, supplies and equipment to where they were needed. If you have ever seen the movie The Longest Day which recounts the events of that day, you may remember seeing Kenneth More, complete with beard, playing the part of Captain Maud. The Shillelagh he carried in the movie is the very same one Maud carried in 1944 and it now resides in the museum in Portsmouth.

Eventually, I made my way to HMS Victory, Admiral Nelson’s flagship at the Battle of Trafalgar in 1805. This was the highlight of my visit. I had read so much about it in history and fiction; now when I go back to my books, after walking her decks, I’ll be better able to picture the settings for all the action on board. I was able to see where Nelson ate, where he slept, where he planned his battles, where he was felled by a French sniper and where he finally died. It is a tribute to the HMS Victory Preservation Trust that they have preserved this piece of history for all to share. HMS Victory is the oldest naval vessel still in commission and is the flagship of the Second Sea Lord, soon to become the flagship of the First Sea Lord.

Completing my wander through history was the Mary Rose exhibition. A warship of King Henry VIII, she sank in the Solent in 1545 while defending England from a French invasion fleet. The wreck was discovered in 1971 and was raised in 1982. She proved to be a time capsule, filled with artefacts from the Tudor era, including; musical instruments, navigation tools, clothing, games, cannons, carpentry tools and surgical instruments. At the time of my visit (2009), the Mary Rose was still being sprayed with polyethylene glycol to preserve the timber. This has now ceased and construction of a new museum building is almost complete.

I could probably have spent a lot more time wandering around the exhibits but the flight from Melbourne was beginning to take its toll and it was time to head to Poole. The detour to Portsmouth was well worth the effort and I would recommend it to anyone with a sense of history. 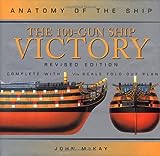 The 100-Gun Ship Victory (Anatomy of the Ship)
Buy Now 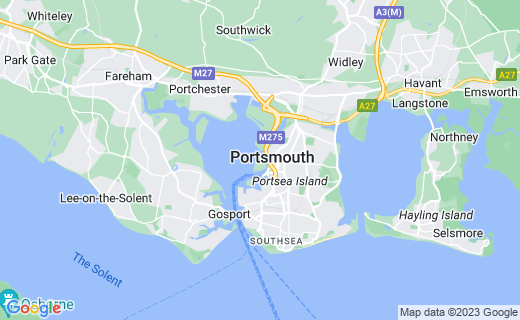