The Nelson-Atkins serves the community by providing access and insight into its renowned collection of more than 34,500 art objects, and is best known for its Asian art, European paintings and modern sculpture. Housing a major art research library and the Ford Learning Center, the Museum is a key educational resource for the region, and a national model for arts education.

At The Nelson-Atkins Museum of Art there is always something new to discover. Our growing collection has fascinated, illuminated and exhilarated people since 1933. Come spend time with your favorites, see what's new on view or check out a featured exhibition.

Have You Visited The Nelson-Atkins Museum?

Have You Visited The Nelson-Atkins Museum?

Today, Shuttlecocks is a beloved icon for The Nelson-Atkins Museum of Art and for Kansas City, but it wasn't always so. When the husband-and-wife artist team, Claes Oldenburg and Coosje van Bruggen, installed it in the Museum's Kansas City Sculpture Park in 1994, Shuttlecocks created quite a stir.

They first generated the sort of controversy that often greets unconventional public art, but have largely been embraced by the community as one of Kansas City's iconic sights.

Four 18-foot-tall "Shuttlecocks" were installed on the lawn of the Nelson in 1994. One shuttlecock is located on the north side of the building and three are located on the south lawn.

Each shuttlecock is eighteen feet tall, weighs 5,500 pounds, and has a diameter of 16 feet. Each one is situated at a different angle. Three lie on one side of the building, and the beginning shuttlecock is at the front entrance.

The critic, art historian and artist Coosje van Bruggen was known for the colorful, oversized public sculptures she created in collaboration with her husband, Claes Oldenburg.

In 1993, the museum began to consider expansion plans. Plans called for a 55 percent increase in space - to be the first addition to the building - and were finalized in 1999.

Architect Steven Holl won an international competition in 1999 for the design of the addition. Holl's concept was to build five glass towers on the east side of the building. Holl calls them lenses, and they top a 165,000 square-foot building, all of it except for the lenses underground, called the Bloch building. It is named for H&R Block co-founder Henry W. Bloch. The Bloch building houses the museum's contemporary, African, photography, and special exhibitions galleries as well a new cafe, the museum's reference library, and the Isamu Noguchi Sculpture Court. The addition (which cost about $95 million), opened June 9, 2007, and is part of $200 million in renovations to the museum including the Ford Learning Center, home to classes, workshops, and resources for students and educators, which opened in fall of 2005.

The 2001 "America's Best Architect" by Time Magazine, Steven Holl, dubs his project as "a scatter of lenses fused in the landscape". Contrast and variation are main theme in the design, as he said.

By using different gradations of light in the building, Holl intended to bring a fluttering effect. Echoes of the lantern effect can be found here, includes a string of oversize skylights bulging from the institution's stately lawn, glow like a towering Japanese lantern.

"The light is working in this building like sound does in music," says Holl, explaining that his concept is like cuts through darkness as sound cuts through silence.

Do you like the choice of style for the Block Building Addition?

The new Bloch Building, named in honor of Henry W. Bloch, Chairman of The Nelson-Atkins Board of Trustees, and his wife Marion, opened June 7, 2007 with a major exhibition, "Monet to Maatisse", Impressionsist Masters from the Marion and Henry Block Collection.

The slender, elongated extension runs 840 feet along the edge of the Museum's Sculpture Park and provides a delicate counterpoint to the Beaux-Arts Nelson-Atkins. The Bloch Building is a significant work of contemporary architecture, weaving through the landscape with partially submerged galleries and elevated glass lenses rising from the lawn.

In 2007, TIME Magazine ranked the museum's new Bloch Building, # 1 on the "The 10 Best (New and Upcoming) Architectural Marvels" list. 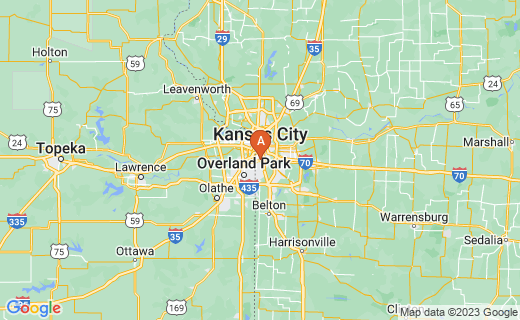 At The Park - George Segal

How Do You Like The Nelson-Atikins Museum? - I want to hear from you.