New Zealand, A Gem Down Under in Australasia..North Island

The Magic of Lake taupo

The distance may put you off scheduling a visit to New Zealand but you would be badly missing out on a scenic wonder. I try to book an evening flight so that you can eat your dinner, imbibe a little and then sleep to wake up in Auckland, city of Sails. The first thing you notice as you leave the terminal is that the pine trees surrounding it are most unusual in that their branches reach sky ward instead of sloping down. They are Norfolk Pines, native of the notorious Norfolk Island, a prison island from the days of transportation. The main trunk is very straight and at first it was cultivated by the British as a replacement for Masts. Sadly the wood proved too brittle and the project was abandoned.

Auckland is a good setting off point for the North Island which is full of amazing sights and fun things to do. For the adventurous, there is bungee jumping, white water rafting, para sailing, parachuting, jet boating and on a quieter note, fishing, hiking (called tramping in new Zealand), pony trekking and site seeing or just sitting around in natural hot springs Many people make for Rotorua which is a volcanic area famous for its geysers and boiling mud puddles. There are usually daily displays by Maori dancers .

To the North of Auckland is the Province of Northland where the famous Ninety Mile beach meanders down the west coast. It was originally a drovers path to take cattle to Auckland. Halfway up is a forest containing the massive Tane Mahuta tree, Lord of the Forest. it is a Kauri tree with the amazing height of 168 ft and over 45 feet around. It is estimated to be over 2000 yrs old. It is an awesome sight.

The Bay of Islands on the East Coast is a yachts man's paradise that was used as a hideout by escaped prisoners from the Australian penal colony. The cluster of islands is a favorite holiday destination for so many visitors to this subtropical area of New Zealand

Lake Taupo in the middle of the North Island is a huge lake, the result of one of the biggest explosions on the planet. It was recorded in China in 186 AD. It is a huge caldera or inwardly facing volcano. It is a wonderful area beloved of fishermen with its clear water in a huge lake approximately 35 kilometers wide. All sorts of watercraft use this huge lake from Pleasure Steamers to Kayaks and Canoes. There is a really good museum in town near the visitors center that show cases Maori early life, early settler days and the huge skeleton of a massive walking bird called a Moa which was hunted to extinction. It is well worth a visit.

Further south around Napier on the East coast you will find the wine, lavender and olive growing areas where excellent wines are produced. The area has many tasting rooms so better find a designated driver. Napier was all but destroyed by a huge earthquake and it was rebuilt in 1930 in Art Deco style. Many vintage car events are held there against the elegant backdrop.

This just a taste of the delights of the North Island of New Zealand. There are so many pastimes available. Golf courses abound at ridiculously low prices, there is horse racing , polo and a new Formula One racetrack at Taupo. The New Zealand Equestrian Center is also on the outskirts of Taupo. Skiing is available almost all year round at Mount Ruapehu an hour and a half's drive from Taupo. Wouldn't you like to come and check it out?

i am fortunate enough to travel there frequently. This year, 2013 there has been a dreadful drout that has stricken the whole country. The formerly green island turned brown and is only just recovering in April, the start of the Autumn or Fall. It has had a devastating effect on the farming community. Let us hope this isn't the start of a catastrophic climate change for this beautiful country.

In this area you will find exciting things to see and do, from rural scenes to the excitement of Rotarua and the wonderful mountains. The  Ski area in the north island is Ruapehu which erupts from time to time. Sensors n the mountain give due warning for a mass exodus! 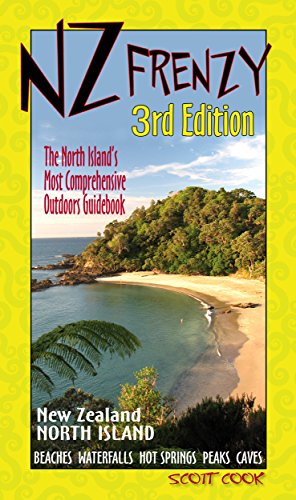