The English alphabet has 26 letters, the letter "N" is the letter fourteenth. For the series of African People from "A to Z" I will present the Nyole people.

The Nyole people are one of the various group of people that gives its unique identity to Uganda, the Pearl of Africa which is one of the eleventh countries that the equator passes through.

Uganda borders Sudan to the North, Kenya to the East, Rwanda and Tanzania to the South and the Democratic Republic of Congo to the west. Uganda has several towns and cities, with Kampala as its capital city.

Who are the members of the Nyole people?

They are part of the Bantu, Central - Lakes people cluster, also known as the Banyole people.

Where are the Nyole people located? 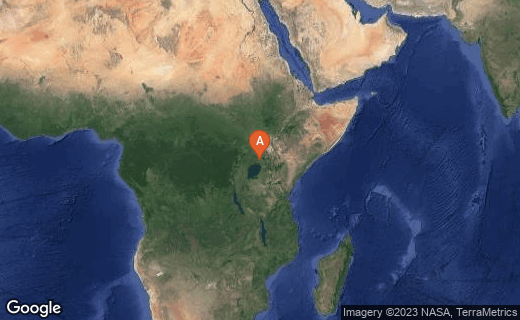 How do the Nyole people live?

The majority live under the poverty line. The principal means of transport is by bicycle, even for transporting crops. Some Banyole rice farmers have to travel many miles to their fields.

The older men worry about the younger men going off to earn money as employees instead of staying at home to build their houses and provide for their family in the traditional way.

How do the Nyole people communicate?

How do the Nyole people survive

Most of the Nyole are farmers by trade. Nearly every home keeps domesticated animals such as cows, goats, sheep, and chickens. They grow some crops for sale; mainly rice, cotton, and coffee. There is little land within their area that is uninhabited, therefor the majority of it is cultivated.

Their staple food is finger millet, but they also eat sorghum, maize, cassava and sweet potatoes. Sauces including meat, tomatoes, or peanuts accompany the staple food. Most cultivation is done by hand.

What characteristics define the diversity of the Nyole people?

The people of Uganda have worldwide concerns for you to step in with your talents and serve in what you can.

When our spiritual eyes recognize the blessings we have...only then we will see the needs of others. Seeing and acting is loving!

Giving is how we receive. We do not have to give money if we do not trust the way cash funds are used. There are so many ways to cover these necessities. I will not list what to do, but I sure will ask for blessings for us to seek ways in meeting Uganda's needs.