Odyssey through the West Coast- A Prelude

We Americans are subject to a number of condescending, sometimes unfair stereotypes. We’re frequently seen as gun-mongering, ignorant and arrogant in the eyes of our western peers, and while a lot of this is ingrained in some semblance of fact, anyone with even a gram of critical thinking will know better than to apply these labels to every one of the 300,000,000 something people which inhabit this behemoth of a landmass.

We’re accused of living in our own little bubble, and this is true to an extent; our cultural influence over the last century has made it all too easy to assume that nothing significant exists outside of this powerhouse of an empire a nation. The non-Hispanic portion of our population is overwhelmingly monolingual, most of us are blissfully unaware of cultural and artistic achievements not in our hijacked language, and many of us are proudly accepting of the political status quo. (See American Civic Religion)

In spite of this, one needs to acknowledge that our small bubble is in actuality a very huge one, one that continues to expand at an unstable rate, and whose eventual explosion will result in unprecedented consequences the likes of which this world has yet to experience. Perhaps the only comparable experience was the collapse of the Roman Empire, whose institutions continue to provide a foundation for the organization of western civilization. Echoes from the tomb… I can’t help but feel a form of conceited pride from the fact that I was born in the contemporary Rome; the mythic superpower whose destiny will fill history textbooks centuries from now. (Or the equivalent of textbooks…)

Don’t get me wrong; I was never an ardent supporter of our foreign, or even our domestic policy. The nature of the system makes me question whether I can even legitimately use the term “our” when describing it. But the purpose of this isn’t to bore you with an overextended monologue on the nature of our political landscape (although I’ve already “over-monologued”). I’m merely trying to provide a framework in which you can understand the cultural depth of the United States.

This is in fact a very diverse country, as a lifetime of traveling within its borders has proven to me. My recent trip up the Pacific Coast has fortified this viewpoint, and I’m still feeling the fallout of its implications a month and a half after returning. I can’t help but admit that I do love this country in my own way; not for the hypocrisy of the ideology but for the diversity of its people, for the endlessly beautiful terrain, which can still be found in abundance…

I can say with confidence that the Pacific Northwest (or Cascadia) has become my favorite corner of the country, like the spiritual home that I’ve been unknowingly searching for my entire life. I feel like this region will be the vanguard of the inevitable changes which we’ll begin to see in the coming decades. Its culture seems to be distinctly developing apart from the American status quo, and the personality of its people even gave me a miniature culture shock. It’s true that I was only up there for two weeks, but I already long to return as soon as life permits me to do so. The following articles will provide a detailed chronicle of my experiences traveling up the West Coast; sit back and try to enjoy the ride! 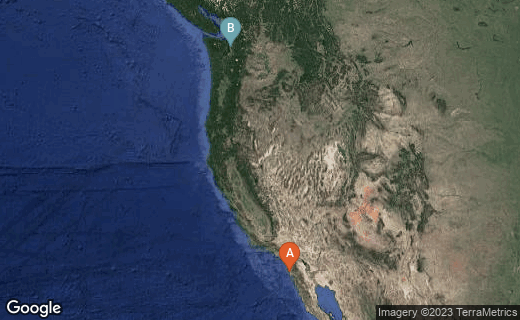