Natural beauty of Pacific Northwest makes Oregon and Washington very desirable travel destinations. Oregon's and Washington's coastlines, Portland and Seattle, Olympic Peninsula and the Columbia River Gorge, Multnomah Falls and Cascade Mountains are just a few in the endless list of unique natural and cultural jewels of Pacific Northwest. And you can easily reach the region most spectacular places in the comfort of your car. Here are some of best places in Oregon and Washington to explore by car.

Oregon's coastline with rugged cliffs, Sahara-like dunes and sandy beaches is dotted with smorgasbord of such remarkable attractions as the Sea Lion Caves, 19th-century lighthouses, breathtaking viewpoints and stunning parks. Just take highway US-101 and you'll see. All way from Brookings in the south to Astoria in the north, Oregon's shoreline offers plenty places to see and views to die for. For example, about 11 miles north of Florence, there is the world's largest sea cave - The Sea Lion Caves with an overwhelming intimate view of sea lions in their natural habitat. Just go 200 feet down into a 25-million year old cave to watch joyful sea lions that live there all year round.

Then a few miles north on top of 205-foot cliff there is one of the loveliest Oregon lighthouses - Heceta Head. Perfect place for a romantic getaway, you can stay overnight in the 19th-century keeper's house (the top floor is a charming bed and breakfast). Then just follow the shoreline to Newport and you will find a few more charming lighthouses on a way, including the Yaquina Head Lighthouse. 93-foot Yaquina Head Lighthouse is just short drive from Highway US-101 through the gorgeous Yaquina Head Outstanding Natural Area with Marine Garden. Newport is a charming coastal Oregon city with plenty great seafood restaurants, Oregon Coast Aquarium and Rogue Ales famous microbrewery.

Portland, the Rose City, is probably one of the most popular Oregon urban travel destinations. Besides regular urban attractions the city offers some very unique experiences. Just few minutes' drive of Portland, there are Pinot-producing wineries with tasting rooms opened year-round. When in Oregon, to try a local Pinot Noir or Pinot Gris is a must! The presence of three of Oregon's unique natural wonders around Portland makes the city a perfect place to start your Oregon journey. 50 miles southeast of Portland there is Mt. Hood (Oregon's tallest peak), home to four ski areas with longest ski season in North America and largest night skiing area in the USA. About 20 miles east from Portland, Multnomah Falls is second tallest year-round waterfall in the United States and probably the most beautiful. Multnomah Falls is one of the 77 waterfalls on the Oregon side of the Columbia River Gorge, an eighty miles canyon of the Columbia River. Take the Historic Columbia River Highway ("King of Roads"), opened in 1916, is still one the world's most glorious drives. Today, the modern Columbia River Highway (Highway 2) uses I-84 from Portland to east of Boardman, and then US Route 730 northeast to the Washington state line. 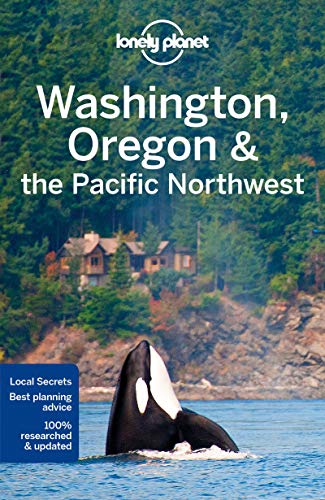 Central Oregon with over 150 rivers and lakes and 300 days of sunshine a year will give you a lot of opportunities for sport activities. From fly-fishing to hiking, rock climbing at Smith Rock to snow sports at Mt. Bachelor. As well as, a lot of culinary experiences, unique lodging and a vibrant nightlife. Bend is probably the best town to visit in Central Oregon. The Old Mill District with its shops is one of the Pacific Northwest's most unique experiences. 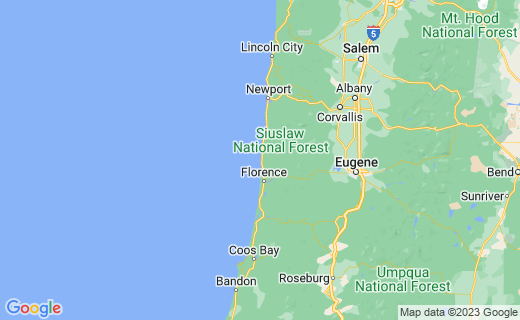 If continue driving along Highway US-101, then after crossing the state line, the beautiful scenery of Oregon's coastline changes by not less impressive scenery of Washington State coastline with long stretches of beaches, mountains and rainforests. Long Beach is one of the most popular areas on the Washington State coast. The scenic views, some of the most breathtaking in the whole state, can be found at the Fort Canby State Park, which is just south of Long Beach.

Seattle is probably number one traveling destination in Washington. The city has an impeccable setting, curved around the shore of Elliott Bay, with Lake Washington behind and the view of snowy peak of Mt. Rainier. Modern skyline of glass skyscrapers with world-famous Space Needle, waterfront full of attractions, restaurants and shopping, farmer markets - there are a lot of things to experience in Seattle. Even though Seattle is the most likeable and vibrant cities in Washington, one of its greatest attraction for visitors is its proximity to the glorious rural scenery of Puget Sound and the Olympic Peninsula. The Olympic National Park, which occupies the bulk of the peninsula, is absolutely dazzling and can be a highlight of any trip. More than two hundred miles of wild rivers wind through the park, while the valleys of the Quinault, Queets and Hoh rivers contain sizeable tracts of temperate rainforest - one of the world's rarest types of climatic forest, seen elsewhere only in Patagonia and New Zealand. Small towns are sprinkled sparingly along US-101, which loops the peninsula's coast with Port Angeles as the peninsula's main town and the most popular point of entry into Olympic National Park.