You have to see it to believe it!

My sister, who happens to live just minutes away from this unbelievable water park, had told me about it a few years ago. I don't remember it making a huge impression. It was hard to imagine a 747 jumbo jet resting on top of a building and converted to hold water slides dumping you out in a pool below. But when I ended up in McMinnville last summer on a road trip with my three boys, it was love at first sight. Not just for the kids, but for myself as well.

It's part modern marvel. Apparently this is the only 747 installed on top of a building in the world. After seeing it, I don't doubt it anymore. It was out of this world. Before finding its final resting place here, the aircraft had a long and successful career hauling freight around the globe. It's the real deal.

And it's part nostalgia. I have been traveling on airplanes since a young child and remember crossing the Atlantic on such giants like the now defunct Pan Am. It reminds me a little bit of one of my husband's favorite children's books - Mike Mulligan and His Steam Shovel by Virginia Lee Burton. Repurposing something near and dear to our hearts so that we continue to pay it the respect it deserves.

Getting to Wings and Waves & Other Practical Information

Wings and Waves is located in McMinnville, an altogether a sleepy town in the heart of the Willamette Valley wine country, rougly 35 miles southwest of Portland. Because of its access mostly via local roads, you should expect to travel at least for 45 minutes from point to point. And even though McMinnville Municipal Airport is located directly across from the waterpark, it is primarily used by private pilots and the occasional private jet. Therefore, driving to the water park is your best bet.

Wings and Waves is a one of a kind indoor waterpark. I think you will agree that it is very unusual to have a waterpark associated with an educational theme. It is a fresh and curious concept, and I have no doubt that you will end up spending most of the day here. It's an equally happy place to visit in winter as in summer for kids and grown-ups alike.

The waterpark also has a leisure pool and a spa. My kids enjoyed playing basketball in the pool while taking a break from the slides. The spa is open to the kids as long as you provide adult supervision. Food is available at the facility and the locker rooms are equipped with soap and shampoo dispensers. Bring your own towels, and by the time you leave, your kids will be ready for bed. Literally. 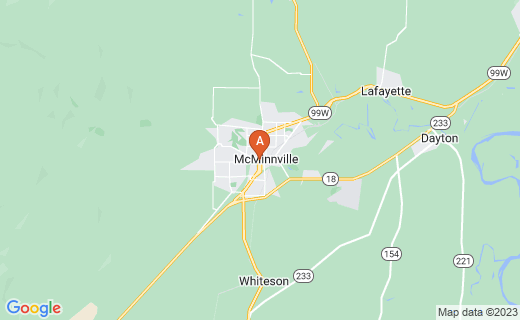 Officially knows as the Evergreen Wings & Waves Waterpark, it opened its doors to the public on June 6, 2011. It boasts 71,350-square-feet of waterpark and features a 3,500-square-foot hands-on museum as well as a 91,703-gallon wave pool.

There is no doubt however, that the water slides – four of them exiting directly out of the fuselage of the Boeing 747 sitting on the building's roof – steal the show. The slides are cleverly named (Nose Dive, Mach 1, Tail Spin and Sonic Boom), vary in pitch and rate of descent, and end in a splash and water landing. Sliding down these slides requires picking up an inner-tube and climbing a staircase to the 62-foot tall starting point. They offer a choice of single/double rides, so if you get cold feet like myself, your child (I am sure) will be happy to escort you.

Other exciting features include a play structure with, what else, but water features. Apart from the more standard water shooters which can be used to surprise the unexpecting passer-by, there is also a large bucket hanging from above which is continually filled and, every couple of minutes, unleashes 300 gallons of water to the surprise of the guests below.

The vortex pool was also an unusual spin, literally, on water play. The pool is roughly the size of a spa and is outfitted with a motor that circulates the flow of water. When you are done having the water carry you around in circles, it is a fun challenge to try to break out of it. My kids learned to time their exit to the exact spot and were successful by diving under the current.

The entire facility is outfitted with tables and chairs which can be used as a meeting point for your family and/or keep towels nearby. Invariably you will find yourself scattered throughout the park, but given the setup and availability of lifeguards everywhere, I never worried about the safety of my kids (who were 5 and 7 at the time). In fact, we witnessed a 'dummy rescue' in the pool we were using which is a tactic employed by the staff to make sure the lifeguards are attentive and quick to respond in the case of an emergency.