Planning a Trip to Paris - Choosing Cheapest Tickets to Get Around

Paris is a diverse city attracting many very different people who all travel to Paris for business or leisure, for short city breaks or longer stays. For that purpose the City proposes also different transport plans, all of which are adapted to different guests. Be it desire to visit the Moulin Rouge, Paris' Museum of Modern Art or the Tour Eiffel tower, a business trip, visiting family or friends, you'll have to get around the city.

In this article you will first find a quick overview of the general pricing for the year 2014 and then I will cover how you can benefit from each plan.

Reminder: never buy tickets from vendors on the street, they are very aggressive with their sales tactic and it is quite easy to give in, they are even known to come harass people already in front of ticket machines. In case of control you will defin

These are called Ticket t+, which allow you to ride any buses, métros, RER trains and even take connections during a time limit of 1,5 hours. The t+ plan is best for short visits, up to three days in my opinion. It's usually the cheapest option if you can limit your travelling to the ten rides you can get buying the book. But already on top of that most people have to buy the ride to the airport and back at 9.70€ each direction. That can easily make your short trip cost 35€ in transport or more. Tickets can easily be lost and Paris transports are very often controlled and having no ticket means a fine of 50€ in buses and up to 90€ on train services. You can even be fined for having a valid transport pass or ticket but having forgot validating it during a connection.

All tickets bought on buses cost a flat 2€ and unlike Ticket t+ only allow you to ride on the bus you bought it from, no connections included.

People under 26 years old can buy a day ticket allowing unlimited rides on a Saturday, Sunday or a public holiday for 3.75€ a day for immediate city limits, there's also a ticket covering all the zones at 8.10€, but as it doesn't let you go to the airports, I find it less useful. This ticket can be great combined with a weekly Navigo Pass in case you arrive a day or two before your pass becomes valid.

Navigo Passes can be bought in different lengths but I think most visitors would be needing the weekly Navigo Semaine pass which you can buy starting Friday for the coming week or until Wednesday for the week in course.

For people who arrive in Paris before Wednesday and leave in the same week I always advise the Navigo weekly pass covering all zones. It's a great offer at 34.40€ +5€ for the pass itself, which is not more expensive than buying tickets separately, but can often be cheaper as book of 10 tickets could easily not be enough or even get lost. On the other hand, the weekly pass lasts the whole week, so even in case of freak incidents like late flight being canceled, you can still get back to the city hassle free.

Also, because Navigo Passes are contactless smart cards, validating them is easier and faster than looking for unused tickets in your pockets and then trying to get them validated by the gate machines.

The only thing to keep in mind is that Navigo Semaine passes cost 5€ on top of the transport fee for the card itself. Also, all Navigos are strictly for personal use therefore keep a passport photo of yourself in your wallet when buying the pass. Tip: you can also use a cutout of the photo of a photocopy of any ID dociment. The photo used for Navigo doesn't have any real requirements, it just has to be enough for identification during controls.

Easily the most notorious pass. In every single guide I've read people are discouraged from buying these saying that they charge more for nothing and how this is example of the French trying to scam tourists. Well, I would say that for many visitors there are better passes available. But I can imagine at least one visitor's profile who will enjoy the Paris Visite tickets the most.

Paris Visite will also get you many discounts on different tourist sights as entries to museums or even Arc de Triomphe and Tour Montparnasse tower viewing platforms. And perhaps the most interesting perk that can easily be turned in your favour (if you plan to do some shopping in Paris anyway) is the -10% discount at Galeries Lafayette stores for all the holders of foreign passports and Paris Visite passes. 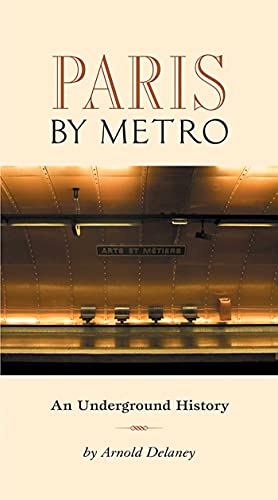