Tales from Afar: The Day the Puma Pounced

This is a five-part series highlighting just-so and true tales from distant lands. Keep a look out for more to come.

The chance of possibly working with monkeys was the deciding factor as to where to take my next big adventure. Through a volunteering website, I was able to locate a wildlife refuge in Bolivia that housed all sorts of animals that had been rescued off the black market. You see, in Bolivia, it is common for poachers to head into the Amazon Jungle looking for young animals to kidnap and sell for a profit. They often shoot the mothers, leaving behind very scared and infant pumas, ocelots, jaguars, monkeys, and exotic birds. A select portion of the naive population want nothing more than to have these adolescent animals as pets -- until one day, these animals turn very large and unmanageable.

Two things then happen, the owners, aware now of their poor judgment call up the wildlife refuge to have their pets removed. Or alternatively, the owners abuse and neglect these animals and it is then up to us to confiscate and bring them back to the refuge for a much better living environment. 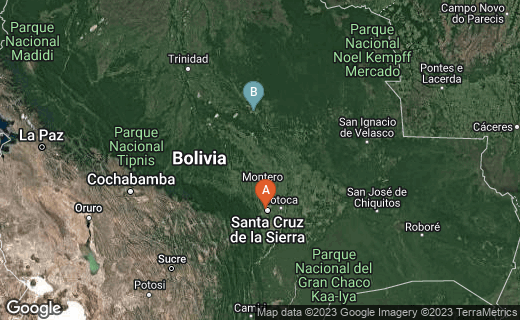 Welcome to the Jungle

SANTA MARIA, BOLIVIA -- And so, my story begins in a remote area of Bolivia along the Amazon Basin, hundreds of miles from civilization. No technology, no internet, no electricity, not even a grocery store…. just the convenience of buying local produce and eggs from the happy Bolivian farmer down the road. Bed time occurs when the sun fades away behind the lush forest canopy. Reading a novel by candlelight in the bunkhouse is accompanied by the sweet sounds of the jungle that echo through the ears… toucans chirping, a panther roars, and the insects babble away. Ahhhh, bliss.

The bus journey to this sanctuary was quite interesting. We arrived into the large city of Santa Cruz and hopped on a bus to take us five hours North into the jungle; driving mostly on dirt roads filled with pot holes, barely wide enough to fit an oncoming car. Watching the little Bolivians in the streets dodge our bus while the driver so frivolously chomped on his bag of coco leaves made for an interesting trip.

Upon my arrival at the refuge, Parque Ambue Ari, I was assigned to work with three female pumas named Inti, Wara, and Yassi. These fully grown girls are not small and honestly – quite terrifying at times. I often wondered what I had gotten myself into.

Our jobs were to provide these ladies with the best possible home they could have after their mother was shot and killed by a poacher six years prior. Everyday, we feed them and took them for walks through the jungle. Prague Ambue Ari has 20 large cats in total, ranging from small ocelots, to pumas, and jaguars. Thomas, my travel partner, was assigned to work with a jaguar named Ru. I actually had the better end of the deal. At least my pumas didn't try to pounce me everyday. Ru, who weighs roughly 120 kilos, likes to "play" with his volunteers. When Ru plays, he can’t help but sometimes play a little too rough. His claws come out, and sometimes he nibbles.

Even though my girls were the tamest of all the cats, I was still apprehensive. Every morning, I had to enter their enclosure. We entered slowly, because any sudden move and Inti, the dominant cat would charge at us from the other end of the large enclosure and pounce us (with or without claws). Picture a feisty house cat the size of a St. Bernard! She’s was only playing, but I didn't care. I could never take my eye off her. She likes to jump when weren't looking. It’s more fun I suppose. Luckily, she has not succeeded. Earlier in the week, I turned my head for but a moment, and out of the corner of my eye, I saw her flying through the air and over a log. My stomach sank, my heart pounding... my hands shaking... but I can not step back. If we do, she will see that as a weakness. And so we continue to be brave and stand tall.

I yell very firmly, "No Sata! No Sata! No Sata!", which means “No Jump” in English (you have to remember, these are Spanish speaking cats). And with those two little words, she stops.

Good God! This has to be the craziest thing I’ve ever done I think. But then, when I see how much affection these cats show, I realize that I have nothing to be afraid of. They wont hurt me. They are only playing. The other two "mild" sisters will cuddle up next to me when I am sitting down and nuzzle me like a dog. Inti has yet to do that. I am still uneasy about that one. She seems devious. I’m still afraid she will pounce me.

During most days, I take Yassi for walks through the jungle. Sometimes she runs... quite fast... and I just run with her... hurdling over tree trunks, and through the mud. It’s the most amazing feeling I’ve ever had. She can run much faster than me however, and will drag me along if I cant keep up. This is amazing... I think.

The three puma sisters I briefly looked after, in the enclosure:

My worst fear came true today. My feline friend pounced and bit me! Before I go further, I really should emphasize that my puma was only playing, but none-the-less, it was more than I could handle.

The weather was quite strange that morning. It was cold and cloudy. The wind was strong, and I knew instantly when I first saw the cats that morning, that something bad was going to happen. They always seemed to act strange when the weather is different.

When we approached the cage like we always do after breakfast, the cats were more feisty than normal. Running around, jumping platform-to-platform, pouncing each other; mainly just being cats I suppose. A certain something was in the air today. I could see it in their eyes; that look cats get right before they start to go mental.

My instinct was telling me not to go in the cage today, but as usual, I followed the lead of the experienced volunteers and went in.

Our goal today was to get the cats into the smaller portion of the cage and lock them in so that we could clean.  Every Saturday was cleaning day and it was usual to either tie them up or lock them in the small cage while we scrubbed and bleached the platforms, changed the water, and checked for poop.

Harry entered the cage first and I could tell that he had fear in his eyes, but being Harry, the smaller framed, dark-haired pre-med English student -- he would never admit his fear nor would he back down from a task.  After all, he had been working with the pumas longer than me, and should set a good example.

While these hyper pumas were still bouncing around, the French volunteer Johanne and the rookie Australian volunteer JP opened the door and walked in.  I followed, very apprehensively, due to the cats current feisty behavior and of course, after what happened to the 5th volunteer, Yvette, the day before.

One of the pumas, Yassi, had been playing the day prior, but still managed to run and jump on Yvette by latching on to her stomach with her claws, and biting her all around her body.  Yvette had at least four teeth marks that consisted of two vampire-looking holes (deep and 3cm in diameter), encompassing her mid-section.

It scared me senseless, so when Wara (the usually calm puma) did the same thing to me not even 5 minutes after entering the cage, I was really shaken up!

I saw it coming too.  As I walking slowing about the cage, trying to keep my eyes on all three cats at the same time, I caught Wara, with her big blue eyes locking onto me.  She looked more like a large dumb dog than a vicious mountain lion. Sitting there, still panting from running around with her sisters, tongue half-way sticking out between her sharp pointy teeth.  I was not afraid because I had been working with these cats all week.  This was the puma who couldn't get enough affection, who would crawl into my arms like a big baby.  This was the puma who, if I left her side, would follow me about the cage like a lost puppy.  She was the least of the sisters I expected to pounce me.

But, she did.  She came at me with two leaps and clawed into my waist.  Shaking uncontrollably, I yelled very firmly, "No Sata!" (don't jump in English) four or five times before she finally bit into my side and let go.

I stood there motionless, expressionless, then... as trained, very slowly made my way to the cage door not taking my eyes off any of the three cats; who went back to playing as if nothing happened.

I made my exit, shut the gate, then burst into tears like a giant baby.  One of the volunteers asked if I was okay, and I daftly replied with much comical appease and still blubbering like a 5-year-old who cut his knee, “I’m leaving, I came here for the monkeys!!!”

The following day, I decided to ditch the pumas and move to the monkey park in the small jungle town of Villa Tunari. The refuge, Park Machia, was everything we expected and both me and my travel partner had no regrets in making the 12-hour move West. I was assigned to work with the vets in the clinic helping sick monkeys. Everyday, for the 2 weeks I was there, I had to feed, clean, and give a little TLC to 23 sick or wounded monkeys. We started our day at 7:30am and didn’t finish until 6pm, with no days off. The work was exhausting, but very rewarding. Most of my days, I could play with the healthier monkeys who would swing off my arms, groom my head, and try to pick off my freckles! What can I say, I guess I’m not a cat lover. Who knew? 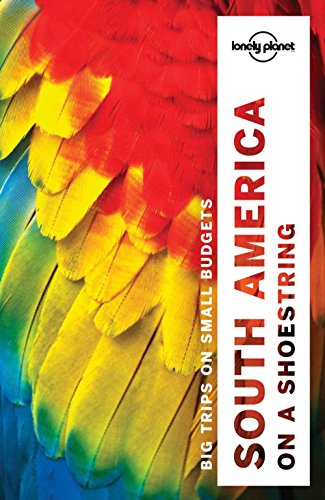