Prasat Phanom Rung is an ancient Hindu temple ruins in the Buriram province of Thailand. Phanam Rung or "vnam rung" in Khmer language means "huge mountain". This Hindu shrine represents the home of the God Shiva. It is about 200 meters above the plains that lay below and it is built at the very top of a rim of a volcano. This would keep in accordance with the Hindu belief that the home of the Gods were found on high mountain tops. It was constructed and renovated several times during the 10th to 12th centuries. In the 13th century the King Jayavarnam VII of the ancient Khmer Empire turned to follow Mehayama Buddhism and the shrine took on Buddhist architecture.

While there are many fascinating facts about the lay out and structure of this ancient sandstone and laterite temple the feature that would perhaps stand out the most is the way the Sun's rays shine through the 15 doors and rooms of the Temple, one after another, from the east gopura to the west all in the same instant. This occurs four times a year with sunsets in March and October and sunrises in April and September.

The Phanom Rung Festival celebrates this breathtaking phenomenom yearly in April, the fifth lunar month, on the 15th day of the waxing moon. Buriram Province and others believe that these are the purist and most intense rays of the sun and that they will burn away all evil things to ashes. This festival draws the largest crowd of visitors for the year.

Centermost in the 15 doorways is where the bull cow Shiva Lingam, the most sacred religious object of the temple, was enshrined in its resting place facing the setting sun. The original Nandin is displayed at the Phimai Museum in Phimai. (See map below.)

Get Your Guidebook, Pics, and Camera Here 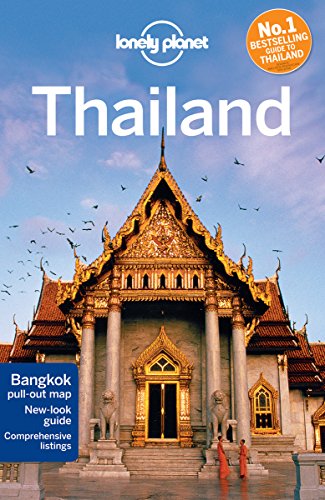 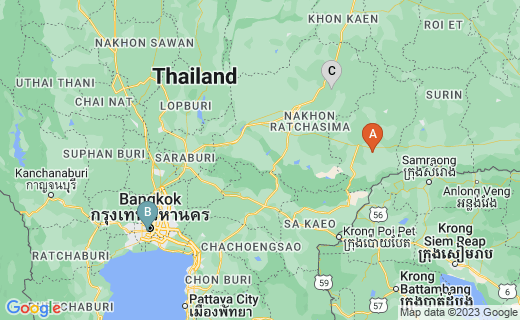 Museum contains artifacts of the lower Northeast Thailand region including the Shiva Lingum, sacred object that was from Prasat Phanom Rung.