A Visit to The Historic Fort in Downtown Tucson

Area Has Been Continuously Inhabited for Over 10,000 Years

Tucson, or more precisely downtown Tucson which, rather than being the center of the city is actually on the western edge as, in recent years the city has spread rapidly eastward through the valley, claims to be the oldest continuously inhabited community in the United States.

Archaeological evidence shows communities existing along the banks of the Santa Cruz river at the base of the city's 'A' Mountain almost continuously for the past 10,000 years.

For most of this period it was various native tribes, most of which vanished long ago, who resided here. And, for the past two hundred and fifty years or so Spanish, Mexican and now Americans have built upon the remains of these past communities.

The old San Xavier del Bac south of downtown Tucson is a structure that has survived from the Spanish period.

However, most of the structures in downtown Tucson date from the Mexican and nineteenth century American presence in the city.

Many old buildings that were either destroyed by Urban Renewal or saved in the backlash against Urban Renewal were themselves responsible for the destruction of the older Spanish buildings as these structures were torn down to make way for these, what are now considered old buildings.

The last remaining piece of the original Presidio wall that enclosed the original Spanish community was torn down in 1918.

Like other old cities, time took its toll on the original Spanish Presidio and other original structures built by the early Spanish.

Some were remodeled with additions added. Some were partially destroyed with the remaining parts becoming part of a new building. Many were simply demolished to make way for new structures. And then the remains of some simply sank into the earth.

Of course the once new buildings that replaced the older original structures, themselves became old and were eventually torn down to make way for newer buildings.

This was the case with the Dodge Boardinghouse located on Church St. which, by 1954 had outlived its usefulness and was demolished in December of that year. The land on which the boardinghouse had stood was combined with adjoining vacant land and the whole area on the corner of Church and Washington Streets paved over to make a parking lot.

However, before it became a parking lot, George Chambers, a local newspaper executive, history buff and author, arranged for an archaeological survey of the site. The survey uncovered a number of artifacts, both Native American and Spanish, and a corner section of a three foot thick adobe wall.

Chambers tried to get the corner lot preserved as a park but failed in that effort and the area was paved over to complete the planned parking lot.

Despite this setback, interest in the area and in the secrets it held beneath the ground continued.

In the 1990s a local group, the Center for Desert Archeology, began an extensive study of the area where the Presidio was believed to have been located. And, by 2006 enough had been learned to begin the reconstruction of the northeast corner of the original Presidio.

Today, sitting in the middle of downtown Tucson, in full view of the neighboring office buildings towering above it, is a fully reconstructed section of the original Presidio.

By simply strolling over to the corner of Church and Washington Streets, visitors and office workers have the opportunity to step back in history and experience Tucson as it was almost 250 years ago.

On alternating Saturdays, the Presidio becomes a living history museum with members of a local reenactment group, dressed in colonial garb, offering samples of food of the era and demonstrating and explaining tools and crafts of those times.

And, just like 250 years ago, Spanish colonial troops are on duty patrolling the Presidio. 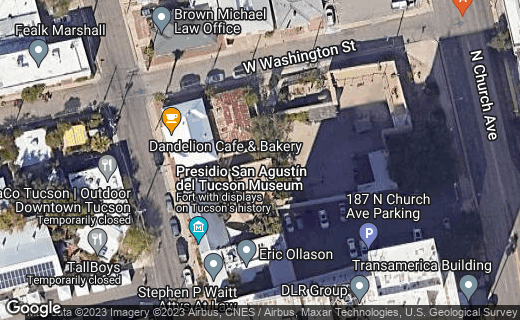 Progress and Preservation Have to be Kept in Balance

Change is a part of life and this is true for the creations of people as well as people themselves.  Without change there would be no progress.

However, it is nice to be able to preserve or re-create part of the past which both allows us to know where we came from as well as to better appreciate what we have now.

The photos below show the process by which the cannon is prepared and fired.

The process involves first wiping the inside of the cannon with a wet poker to dampen any hot or burning embers from the last firing least they ignite the new powder charge and injure the person loading it.

A new powder charge and projectile are then loaded into the barrel. Of course, for demonstrations, only powder is placed in the cannon as the objective is to demonstrate rather than destroy so there is no need to fire a deadly projectile.

A small amount of powder is poured into the hole on top of the barrel. Igniting this charge results in the main charge being ignited, the blast from which propels the projectile out and towards the target.

Even with a small cannon and small demonstration powder charge, the noise and shock wave from the explosion is deafening. The shock wave from the firing here was not only felt by the viewers but, despite the walls and buildings, was sufficient to set off a car alarm about a block away.

The noise from the blast was deafening - I know, because I chose to use my hands to hold my camera to take a picture as the cannon was fired, rather than holding them over my ears. I was momentarily deafened and my ears were ringing for the next couple of minutes. And I was about fifteen feet away when it was fired. 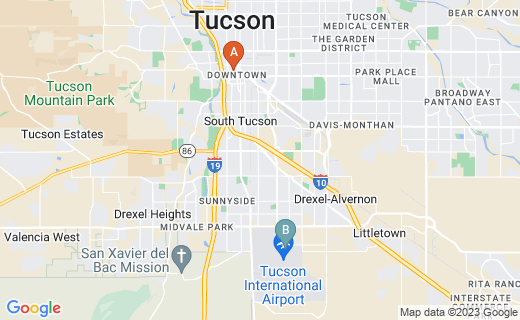 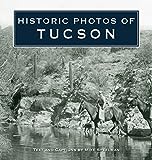 Links to Some of My Other History & Travel Hubs