The park is a dream

President Thomas Burgers of the then Zuid Afrikaansche Republiek (ZAR), the Boer republic which became the Transvaal Province before becoming Gauteng in 1994, wanted in 1874 to create a botanical garden on some land which he set aside for the project.

Pretoria was the capital of the ZAR and gold was yet to be discovered on the Witwatersrand, so there was no Johannesburg, which only came into being in 1886 when the gold reef started to attract thousands of people in search of their fortunes.

But in 1874 money was rather scarce in the ZAR and Burgers' dream was not affordable to the public purse, and so the land was not used, except for the planting of a few trees.

After the discovery of gold in 1886 funds became available to realise Burgers's dream and the park was laid out by a prominent and very wealthy Pretoria resident George Heys, who's residence, Melrose House, was opposite the main gate of the park.This house is also important for being the venue of the signing of the Treaty of Vereeniging which ended the Boer War in May 1902.

Heys collaborated with the botanist James Hunter in the park's design. The laying out of the park was completed in 1892.

The fish pond dates from the 1890s and was meant to symbolise life in the city centre.

The cast iron band stand with its Chinese pagoda-style roof was actually made in Scotland by Walter MacFarlane and was erected in the park in 1895. On cool summer evenings the band of the 24th Regiment of Roberts Heights (now known as Thabo Tshwane) would entertain visitors to the park from the bandstand.

In the middle of the park is a small pavilion with a refreshment kiosk. It is built in 1911 in a neo-classical style and was designed by Vivian Rees-Poole. This pavilion ws the scene of a glamorous dinner to welcome home the then Prime Minister of South Africa, General Louis Botha, and his wife, back to South Africa after they had attended the coronation of King George V in England in September 1911.

A house for the permanent park keeper was built in 1904. This quaint little building was designed by the Government Engineer and head of the Public Works Department Sytze Wierda, who had been appointed by President Paul Kruger in 1887. Wierda was from the Netherlands.

A florarium was built in 1974. It houses a large variety of plants from four climatic regions.

Near the Park Keeper's house is a gazebo which was rescued from one of the Victorian houses which once surrounded the park.

A note on the text and images

All the photos in this Hub were taken by Tony McGregor and are copyright by him. Feel free to use anything from this Hub but I would appreciate acknowledgment and attribution. Thank you. 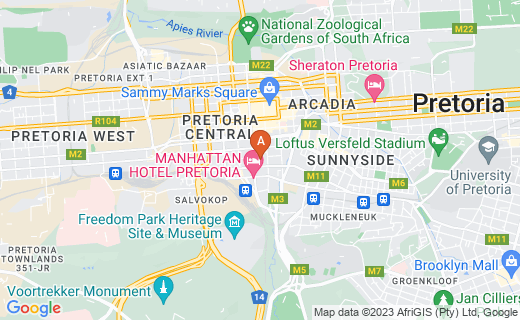 A haven of tranquility in the midst of Pretoria, historic Burgers Park is a place of rest and relaxation