For the Caribbean Princess of Princess Cruises, seven day Western Caribbean itineraries out of Houston, Texas begin November 9, 2013 with the last of the season embarking on April 26, 2014. Each has a standard Saturday to Saturday schedule with port calls in Mexico, Honduras and Belize. The Ship leaves Houston at 4:00 pm on Saturday and docks back in Houston at 7:00 am the following Saturday. Sunday, Thursday and Friday are days spent at sea.

The Caribbean Princess makes her first stop on Mondays at Cozumel, Mexico. The boat is typically docked from 8:00 am to 6:00 pm. Cozumel is an island off the coast of the Yucatan Peninsula, in the Mexican state of Quitana Roo. The island has a population of 100,000 with nearly 78,000 living in the main city of San Miguel de Cozumel. The Caribbean Princess will most likely dock at Puerto Maya Pier, although there are two other cruise ports on the island.

If it’s Tuesday, you must be on the island of Roatan. The largest of the three Honduras Bay Islands, Roatan measures 60 kilometres long and eight kilometres wide. The island is flanked on either side by the smaller islands of Utila and Guanaja.

The largest town on the island is Coxen Hole. The ship will most likely dock at the brand new Mahogany Bay Cruise Center in Coxen Hole. However, the original Coxen Hole Cruise Ship Dock is also available and used by other cruise lines. The ship is at port from 9:00 am to 6:00 pm.

The Caribbean Princess arrives at Belize City on Wednesdays. Of the three ports of call, this is the one for anyone interested in any kind of culture or history. Belize City has a population of 70,000 and is expected to host 660,000 cruises passengers in 2013. The official currency is the Belize Dollar, which is always valued at two for every one U.S. dollar. However, U.S. currency is widely accepted. Language is not a problem for visitors from Canada and the United States as English is the official language of Belize.

A Princess Cruises Grand Class ship, the Caribbean is sisters with the Star Princess, Golden Princess and Grand Princess. She was built by Fincantieri in Italy and made her maiden voyage in April, 2004. The ship is 290 metres (951 feet) long with fifteen passenger decks and a gross tonnage of 112,894. The Caribbean Princess has capacity for 3,080 passengers and 1,200 crew members.

Prior to arriving in Houston in November, 2013, the Caribbean repositions from England to New York City in a Trans Atlantic cruise in August. Princess Cruises repositioning cruises are a great way to experience a Trans Atlantic crossing at a great rate. She then runs cruises up the Atlantic Coast to New England and Canada for the rest of the summer and into the Autumn. 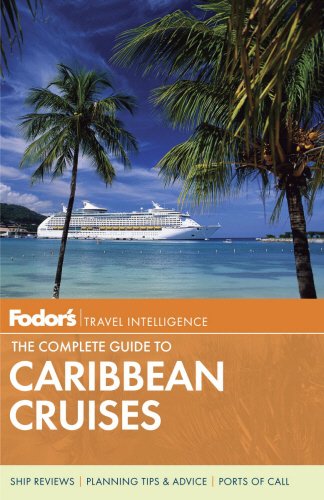