In the Netherlands, Queen's Day is the holiday celebrating the Queen's birthday on April 30th (to be precise, this is the previous Queen's birthday but they keep it for the current Queen, whose birthday is in January, probably for convenience's sake). Officially, it is also a day to promote unity and friendship for Dutch people. Informally, as my Dutch friends put it, Queen's Day is the day to wear orange, party hard and get drunk.

This year I was in Amsterdam during the time of this holiday to see how the Dutch capital celebrate their Queen's birthday. And it was a truly wild and memorable experience.

There is a reason for Queen's Day to be nicknamed Orange Day. It was overwhelming to step into a sea of orange from the train station. Many buildings were decorated with orange balloons and artificial flower garlands, however, what was the most eye-catching is the way many people decorated themselves. The items they wear varied, ranging from full head-to-toe costume to just a head, but the brightness of the colour under the full sunlight of a late spring day and (near) uniformity created a somewhat surreal atmosphere. It was infectiously festive too. Probably few people could resist and not be in the mood to enjoy themselves.

On hindsight, the orange-ness of the day reflects quite well the idea that Queen's Day is the day of Dutch unity. Almost everyone was sporting a colour that is not very commonly used for apparel, and somehow turned it into the norm (for at least one day). Why orange? The Dutch royal family is the House of Nassau-Orange so orange is sort of linked to the royal family and eventually one of the Dutch national colours.

For the day in honour of their Queen, Amsterdam was certainly prepared for big celebration. The city (or at least the centre part) turned into a giant fair. On predesignated routes (coloured yellow, red, blue and green on a map freely distributed to tourists), people brought their own stuffs ranging from used goods to freshly made refreshments to sell, performed music, organized games and generally contributed something to the liveliness. There was of course live concerts, both officially and informally performed.

Unfortunately everything has its downside. Sometimes the streets were overcrowded and alcohol overuse was to be expected (they did say this was the day to get drunk) though I personally did not encounter anything regrettable. In addition, cleaning-up must have been a huge undertaking the day after. 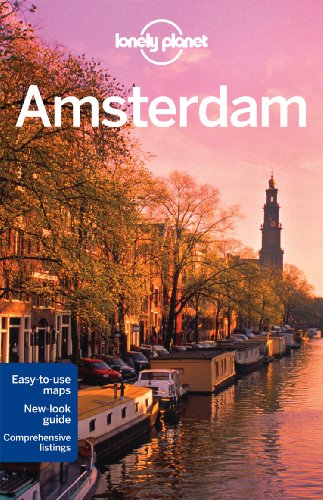