Driving Cross-Country: Rebirth of a Phoenix [sounds great, but it's always messy] 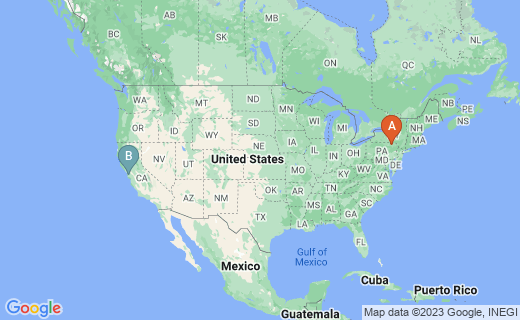 There are excellent reasons for the correlation between mystical experiences and long journeys.

During protracted travel, anyone prone to symbolism will be given to introspection, speculation, and just possibly even revelation. I have found that true at other times in this life, and my driving journey across the country was certainly no exception.

I began in Northeast Pennsylvania, where I perceived the tree-lined roads to provide a kind of shelter and comfort; as the landscape opened out into the sweeping prairies of the Midwest, the soul within me began to feel itself exposed and vulnerable.

Before I departed on this journey, a wise anam chara of mine confirmed to me that this was a sort of death and rebirth for me; a reincarnation without discorporation. I am a Phoenix on her self-constructed pyre, to be immolated, reduced to ash, and then resurrected in the eternal cycle: Life, Death, and Rebirth.

This is what the Phoenix feels as it reaches its old age, nearing its time of burning, I think. It has long since begun gathering twigs, knowing instinctively how to build its pyre. I have been gathering twigs for months; my pyre is nearly complete, and the time of fire approaches. 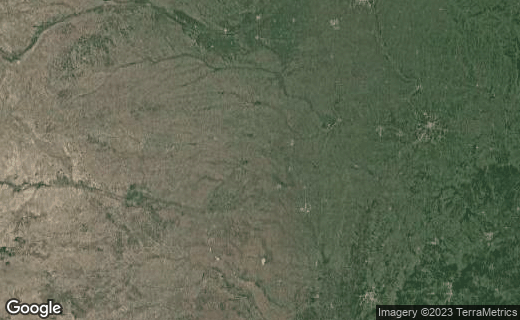 Have you ever gone on a long road trip?

The numbing, cold, mindless desolation of the Kansas plains is relieved only by man-made structures: windmills, chiefly. The antique Dutch-style can still be seen in many a field, occasionally in working order. These ancestors are dwarfed, however, by enormous, efficient, sophisticated giants whose triple blades spin solemnly on the windswept prairie. A large wind-farm stands among rolling hills; should you be caught unaware on a grey misty day, they appear quite alarming, standing in long, silent rows like the murderous priests of a bloodthirsty god. Rank upon rank of them emerges from the fog with menacing, steely grace, all making obeisance to the sky in syncopated rhythm.

Windmills: guardians of the plains

I chased the sun through Kansas, as if pleading with him not to leave me in so desolate a place. I was fast enough that his light lingered nearly a full hour, in hues of scarlet, purple, and orange that defy imagination.

It is not difficult to feel mortality brush the back of one's neck when crossing vast distances of alien geography closely enough to feel its magnitude. Our way of traveling with wings through the air has deprived us in certain ways of understanding our world and ourselves; it makes our world smaller than perhaps it ought to be – at least sometimes. The knowledge of one's own vulnerability in a brilliant, enormous universe is inevitable beneath the vast dome of the sky, crawling exposed to the clear eye of the sun along a narrow ribbon of road paved through the midst of an ancient grassy plain.

There are moments of pure fear and comedy also, in a long journey; all to be examined in the heart's stillness when they pass.

Kansas apparently does not believe in salting its roads; this was especially unfortunate given the temperature's flirtation with the freezing point. When darkness came, the road succumbed to ice, and gaining any kind of purchase on its surface was a severe strain. I made it to Colorado, and into a motel which had never heard of such a thing as a snowplow for its parking lot, let alone internet connections. There was an authentic Old-West wagon out front, no doubt intended to be picturesque; I thought it incongruously appropriate, as if the pioneers driving it had given up and checked in centuries ago, never to move on.

Revisiting the Old in Constructing the New

Thoughts of a different life within this lifetime as I drove to Boulder the next day were inevitable. I did not try to prevent them, knowing I must experience each thing that came to me for what it was; a pyre must be built honestly, if the Phoenix hopes to gain what jewels there are in its past to be taken into its future. My new life overlapped, and the day was joyous; the sadness I felt in missing those I love, temporarily left behind, provided counterpoint and contrast to the pleasures of the mountains.

I saw two of my dearest friends from this long-ago time for dinner in Denver, and knew that they were part of the last stage in building my pyre. To one I spoke freely of my respect and love for her, how much her stability and essential goodness has taught me; it is one of the jewels I carry always, and it was good to be able to tell her such a thing. The other had been my birth coach for my two older children, and from her came much that was bittersweet; the memories and perspective of the old life bit into the tender edges of the new. I have always valued her honesty, though its knife-edge has cut me more than once; this was no different, and she helped me add the final pieces to my pyre. A chapter had truly closed at last, and I knew it with mingled sorrow and relief.

We ate at the Boulder Dushanbe Teahouse, one of the most beautiful places I have ever had the pleasure to enjoy a meal in. Anyone who loves tea, beauty, delicious food, and exotic atmosphere should certainly stop here when passing anywhere near Boulder. Check out the photos I took while inside.

And, in case someone reading this has the opportunity and the inclination, here is a map! 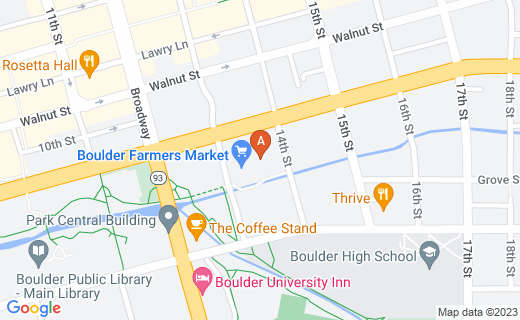 I drove through the mountains the next day, marveling at the steep rocks, the rugged, dangerous beauty of the country with its stark contrasts and sharp angles. The trees separated themselves into two groups exclusively as we went higher: pines and aspens; one dark against the snow, brilliantly evergreen, the other naked without their light silver-green leaves, only a delicate tracery of branches with golden hue providing them an outline against the snow. These two kinds of tree appear as different from each other as trees can; yet they thrive together in the same harsh conditions, giving harmony to the landscape.

The snow was deeper than I am tall, once across the Continental Divide. It’s 10,000 feet above sea level there, and I learned a new respect for the winter I have always disliked intensely. This is no mere discomfort to complain of and brush off; this is a wasteland that would kill you with its indifference in very little time, should you be lost in it. There is life here, but it is buried deep, frozen and stiff, imperceptible from what is dead beneath all the layers of heavy snow.

Herein lies another lesson for the Phoenix: the freezing wastes created by life’s winter makes what is truly dead indistinguishable from what lives. The fire is needed to burn off what is dead, to scorch what lives dormantly and bring it gasping to active life.

To be continued in Part 2! I leave you with one more snowy photograph of the Continental Divide.