The Biggest Little City in the World

Though not as well known as its sister city to the south, Reno Nevada has a lot going for it.

It may not be as overwhelmingly big as Las Vegas, but Reno has a small town atmosphere even though it is a fairly good-sized city.

That has led to it being known as The Biggest Little City in the World. 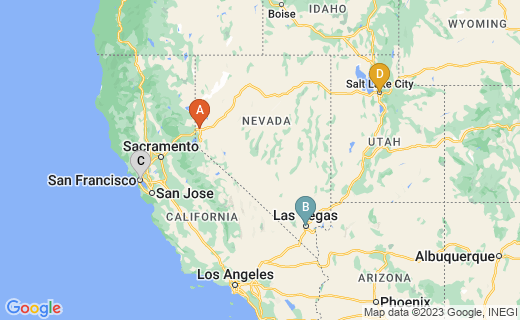 Normally the traffic downtown is nowhere near this bad, but the city can get really packed during big events and some weekends.

Reno is home to UNR, or the University of Nevada, Reno

The Truckee River runs right through downtown Reno, and there's a lovely walk path, called the RiverWalk that runs alongside it.

Places to Eat in Reno

Places to Eat in Reno

There are a number of very good restaurants in the Reno area, including some superb Sushi places (who knew? Sushi in Reno!), a number of small, locally owned restaurants, and even some amazing food trucks. There's some really good drinking spots too, which shouldn't surprise anyone considering the origins of this town.

My favorite places to eat include:

Sushi Pier 2, which has amazing sushi, including a superb sushi buffet

Wild RIver Grille, a very nice restaurant along the RiverWalk.

My favorite spots to drink include:

Reno has many special events, especially during the spring and summer.

It's also close to one of the most infamous events in the west, Burning Man.

Towns to Visit Near Reno

Virginia City is a wonderful, old historic town located about an hour away from Reno.

It is one of the oldest towns in Nevada. It was established when silver was discovered, and unlike many of the boomtowns, Virginia City has survived and kept its historic charm.

It is a great place to visit and explore what life was like in the 1800's.

It has elements of a big city, but being in Nevada it's also a bit redneck. Reno is an interesting combination of artsy, Burning Man types and Republicans and Libertarians with guns.

There is also still a good-ole-boys network trying to keep control of the city. They still want to treat it like a small town where they fleece the tourists who visit and make all the money.

Most people living in Reno have moved here from Oregon, California, or another state in hopes of being able to live cheaper.

Reno is inexpensive to live in, but there aren't a lot of available jobs, so it can still be very tough.

Many of the residents of Reno hate the influx of people moving here and think anyone from anywhere else should only drop their money and leave, yet they also hate tourists even though that is the only reason the city exists. So, while insults toward anyone not from Nevada pepper their language and attitudes, they are quick to scramble after people trying to fleece them before they leave.

Perhaps because it was originally settled by grifters and drifters and con artists, many native Nevadans have been raised to have a different set of ethics from other people. They see no problem with taking advantage of other people, excusing it as saying that if the people weren't so stupid they wouldn't fall for the tricks.

The city of Folsom is just over the Sierra Nevada range from Reno. It has a historic prison which was the basis of Johnny Cash's fictional song about someone shooting someone here in Reno and being incarcerated in Folsom Prison. Most people when they think of Reno, the first thing that comes to their mind is Folsom Prison Blues.

Reno in the Movies

A movie from the silent era of films, Night Life in Reno is an oldie but a goodie.

It is one of the first of many movies that showcased Reno, then called the "Divorce Capital of the World" due to the fact that its liberal divorce laws had people coming from all over to get out of their marriages.

In The Women, a woman discovers that her husband is cheating on her.

So she takes a trip to Reno to get obtain a divorce from him.

At the time this movie was made, it was difficult to obtain a divorce in most areas, but not as hard in Reno, so for a while Reno was known as the Divorce Capital of the World.

Losing Your Heart in Reno

Another movie about a woman coming to Reno to get a divorce.

This one is a bit different since it features the fact that people had to be considered residents of the state in order to get a divorce. So the woman stays on a ranch where she meets up with the outrageous lesbian daughter of the owner.

Pink Cadillac features Clint Eastwood as a bounty hunter after a young mother in a Pink Cadillac who has run away to Reno.

This action film shows some good shots of Reno that as a local I had to watch over and over.

At one point during a chase, they turn the car around so that the short strip of casinos that Reno has looks longer and more impressive.

Waking Up in Reno
Buy Now

Waking Up in Reno

Billy Bob Thornton and his wife, along with his best friend and his wife take a road trip to Reno.

Billy Bob's character is sleeping with his best friend's wife, who is trying to get pregnant with her husband's baby.

Along the trip and especially when they get to Reno, chaos ensues. Waking Up in Reno is a cute and funny comedy.

The Muppets is the latest big movie filmed and set in Reno.

The Muppets movie features the classic Muppets characters getting in their usual trouble and causing havoc.

It doesn't portray a great view of the city, but the locals appreciated the attention nonetheless. 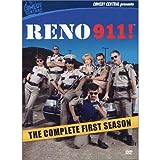 Reno is best known to many people as the location of Reno 911, a hilarious show featuring a fictional group of police officers who are supposed to keep the law in Reno.

Reno 911 isn't actually filmed in Reno, but the show is still a bit of somewhat risque fun.

Learn More about Reno - Get a great book 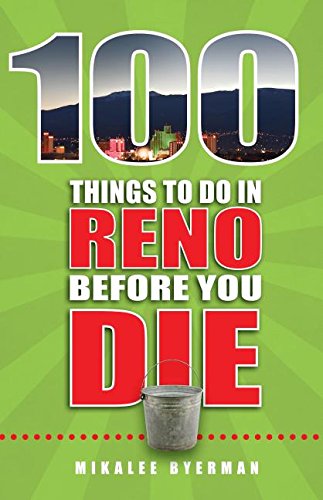 Have you been to Reno? Look forward to coming here? Live here? Leave a comment and let me know you came by.