Running Through The Airport Like Your Suitcase Is On Fire!

Confessions of a Professional Globetrotter

It's easy to do. You've had a great vacation but it's time to go home. You wake up on time at the hotel the day of your departure. Your flight is two hours away but you're only a half hour from the terminal. Two days prior, you scheduled a shuttle bus to arrive an hour and a half before your flight would leave. You don't have any check in baggage - just a couple of carry-on bags. There's no rush. You have a smile on your face as you grab a pastry in the lobby and meander out front to wait for your ride. No problem, right? What could go wrong? Yes... Well, honey, let me tell you something. When traveling, things can and do go wrong - when you least expect them. 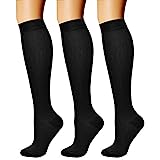 Take me, for example, as I woke up promptly, readied my children, and left on time from my room. I stood outside in a cheerful mood, waiting politely for my shuttle. It was only a few minutes late, I figured. Of course, that would be natural. I was leaving a major city: Los Angeles. So, a few minutes late wouldn't be a problem. That's why I was catching the shuttle an hour and half before my flight. Then a few minutes became twenty minutes. I paced and bit my lower lip. Then twenty minutes became thirty minutes. I hunted down the concierge. Forty-five minutes had elapsed. The concierge knew nothing. My shuttle hadn't arrived. I was going to miss my flight - the flight with the non-refundable, non-transferable, non-changeable tickets! If I missed that flight, I'd have to buy new tickets! Something had to be done!

Just then, an immense bus arrived headed to a totally different airport. I had to think fast as the passengers boarded it. Last in line, I jumped in with my two little children and my immense belly protruding. Might I get a ride with him somewhere, anywhere (I might have said pleadingly - okay, pathetically) to the airport I really needed to go to? To my surprise, he told me hop in and we were off. I was working on faith alone. He said he couldn't really take me to the other airport but he might just have some help for me. He was on his way to pick up more passengers at a hotel where a line of taxis were waiting in front and I might grab a quick taxi and just make my flight. I thanked him heartily, jumped off the bus, ran (yes, ran!) to the taxis, refrained from crying, asked for a ride to the airport on the double and the taxi man only obliged me enough to take me from near hysteria over missed flights to heart palpitations over my impending death on the freeway as he swerved through the traffic in a mad dash.

We, thankfully, arrived in one piece at LAX, I jumped out and ran (yes, ran again!) through the airport like the crazed, pregnant lady I was. I'm sure officials would have tackled me if I wasn't so convincingly pregnant with my heaving and panting and hadn't had two small children barely keeping up. I arrived at the security check point, only too happy to leave my shoes behind and keep going! I ran and kept running, all the way to the gate where the airline attendant was just beginning to shut the doors and boarding had ended. "Wait! Wait!" I shouted. That poor older brunette must have had mercy at the pitiful sight of a shoe-less, pregnant woman with two small children panting behind her. She said quickly, as she held the door for me and grabbed my tickets and handed over our boarding passes, "Hurry to the plane. They're pulling away from the doors now. You run and I'll radio ahead for them to wait." And wait they did. Happy ending for me that time. But one is not always so lucky no matter how well prepared.

Ever Had To Make a Run For Your Flight?

Here's the least you need to know when you are traveling by plane:

If the answers you gave were yes, then, congratulations! Air travel is for you!

And, as all seasoned travelers know, the next time you are running through the airport, or "running like O.J." as flight professionals call it, just remember... if you miss that flight, it will still be okay.

The Roach Motel From Hell

How To Travel For Less Than The Rest

How To Pack Like A Pro And Travel Light!