Planning the PLAN for Departure...

The world was upside-down, but it had potential and my plan was starting to take shape… Excerpts from the journal and ship’s log of the sailing vessel LOCATION. A single-hander’s memoir of voyages and adventures sailing the Gulf of California, the Sea of Cortez, Baja California, and the Mexican Riviera…

I slept late Friday morning and missed the Cruiser Net broadcast at eight am. Since I had no coffee on board I decided to eat breakfast in the marina village, and ended up at the Twin Palms Terrazzo café, which is owned by an American couple, Phil and Stephanie. The café is a nice little business, and they run a sort of ‘concierge service’ out of it on the side, taking care of housekeeping, shopping, dinner reservations, baby sitting, and other little tasks for the expatriate community and visiting condo and marina residents.

I enjoyed a good cup of coffee, sitting outside in the shade and chatting with Coco, the waitress, as she served me a gringo breakfast and then hovered about since I was the only customer. Phil came out of the kitchen as I finished my food, and we talked about the fishing and the economy, dwindling tourism, and the declining population in the marina. None of it bodes well for the local businesses. The marina appears to be indifferent to the declines as they continue to raise slip-rates. It’s a typical Mexican business response to hard economic times – increasing prices while decreasing service to make up for declining business volume. If the drug trade wasn’t so strong right now I think this country would be in serious financial trouble. The U.S. economy is starting to pull Mexico down with it, but the narco money still seems to flow.

After breakfast I walked around the marina basin to the office and spoke with Gilberto to let them know that I plan to leave on the last day of the month or sooner if I can get everything done. At ten-thirty I caught the marina shuttle into La Paz, riding along with Jim Hart, a seventy-two year old single-hander, originally from Utah. He reminded me of the old transient workers who came to our ranch every spring to work the harvest back in the sixties – we called them ‘hobos’ then – and he had the look of a man who had been alone for a long time. A small boat in Mexico offers an inexpensive way to live for a gringo on social security, but it’s a solitary life. 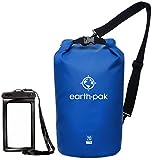 He was on his way to make the final payment on a new-to-him boat he had just made a deal on; after sailing for twelve years on his twenty-eight foot Triton he was moving up to a thirty-three foot Ranger sloop. He had sold the old Triton for $13,000, and paid $27,000 for the new boat; more than double for just five feet more. But, as he explained, “the Ranger is only twenty-five years old compared to the thirty-four year old Triton, and it has a lot more creature comforts and room.” I felt a little embarrassed to tell him about my nine year old, forty-seven foot yacht when he asked me about my boat. It didn’t seem to matter though; he was excited about his new home, and nothing was going to take that joy away. 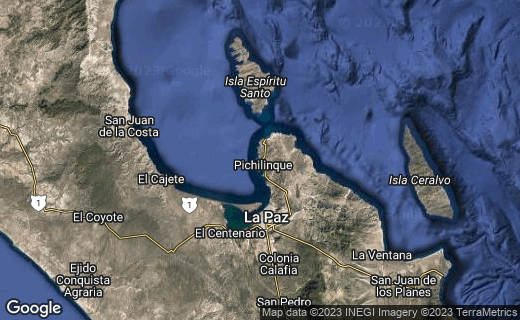 The shuttle dropped us off on the Boulevard Alvaro Obregon, along the beach front Malecón, and we walked down Calle Topoté past the Navy barracks to the Marina de La Paz. Jim went off to do his business, and I went to the marina office to buy a fishing license and a park permit. Word is, the Navy is patrolling more aggressively and checking regularly for permits and licenses on cruising boats. I’ve never had a problem before, but technically boaters are not allowed to even possess fishing gear without a license, and not allowed on the islands or other national park lands without a permit. I bought the fishing license, but apparently the entire state is out of park permits, and the staff wasn’t even sure that they exist anymore. That’s somewhat normal here; rules, regulations, and bureaucracies come and go without explanation. I decided not to worry myself. Rumors are typically overblown, and hopefully the Navy is not just waiting out there to catch and arrest violators.

From there I took a taxi up-town to the Ley Supermercado, which is about as close as you can get to a U.S. supermarket. Carlos, the taxi driver, said he would wait while I did my shopping, and he was there when I came out an hour later. The city is not really busy with visitors so the drivers will usually wait for a sure thing. He drove me back to Costa Baja from there and didn’t charge any extra for his waiting time, but I gave him a nice tip. I packed the groceries away quickly after hauling them down to the boat in a dock cart, and then made myself a ham sandwich for lunch.

I had a long to-do list at this point. The alternator-regulator had been a problem the last couple of visits to the boat. I had the alternator rebuilt several months ago, and brought a new regulator with me on this trip, which I hoped would solve the issues once and for all. I am not an electrician by any means, but I had discussed the replacement with my mechanic in Newport Beach and watched a video on-line. It took me several hours, but the installation went smoothly, I hoped. The wires were all connected, and all systems seemed to function correctly when I finished – whew!

It was dusk by then, and I deserved a glass of Chardonnay after that. I barbecued a chicken breast and made a green salad for dinner as the sun sank into an orange glow on the horizon. I took Fitzgerald to bed with me again for a good night’s sleep.

Yesterday was another busy day. I was bound and determined after my success with the regulator to do the annual service on the Yanmar diesel engine myself. After a quick breakfast I started reviewing the steps for changing the engine filters (fuel, oil, and air), and fluids (water, oil, and transmission). I spent a couple of hours reading manuals and watching video directions on the internet and then finally decided that I didn’t need the frustration, probably didn’t have all the necessary tools, and definitely lacked the expertise. So much for my plan to be more frugal.

I took a walk along the docks then and chatted with a few other cruisers in the marina to see if they had any recommendations for local mechanics. There was a strong consensus for a guy who worked at the Marina de La Paz so I sent an email to them and made an appointment to take LOCATION there next Wednesday. That left me with extra time and I purged the boat’s water maker and started it working, which ended the day ahead of schedule and me feeling pretty good about things.

Saturday night I had dinner at Azul Mar, one of the better restaurants overlooking the marina and the sea beyond the rock breakwater. After being seated alone, I started talking with the couple seated at the table next to me and ended up joining them for dinner. Judy and Jim are from San Francisco originally. They are in their sixty’s, and have been cruising back and forth to Mexico for thirteen years. It turns out, they were slip-holders at the Emeryville Marina when I managed it ten years ago. We had a good time talking and laughing about all of the crackpots who had occupied that marina, and the issues and whacky situations that had occurred when I took over the management there. They left the Bay and sailed to Mexico for-good five years ago on their thirty-six foot Catalina sloop. This year they traded in the sails for a forty-foot motorboat, which they named GREAT ESCAPE… ‘going over to the dark side’ as we sailors refer to it. They are still cruising though, whether by sail or power, and planning to leave about the same time I am, heading north as well to leave their boat in San Carlos for the summer hurricane season.

Today, I went through all of the cabinets and lockers again, took another inventory, rearranged a few things, and compiled a new shopping list to complete my provisioning next week. I also brought out the deflated dinghy and pumped it up, unfortunately only to discover that several of the floor seams are delaminating. Its ten years old, so I don’t feel too bad about its deterioration, but replacing it is well beyond my budget now, and a new “job” was added to my to-do list.

I started by stripping away the old glue and cleaning the separated polyester and neoprene fabrics so I could re-glue and tape over the seams with a new tape-product that I found at the little marina chandlery here. It’s a tedious job, and I soon realized it will probably take me several days to complete since it has to be done in phases. Hopefully the dinghy will last for a while after the repairs, before it completely falls apart.