Getting Some Good Deals in Russia by Not Talking

In the summer of 2002 I made a two week trip to Russia to visit my then fiancée, Bella.

Bella lived in Ryazan, an industrial city that is home to about a half a million people. Since it has little to offer in terms of tourist attractions, few tourists visit.

Wanting to make my trip more interesting, Bella checked the local papers and found a tour company's ad for a three day, two night bus tour of the Golden Ring a nearby group of ancient Russian cities.

Like Ryazan, each of these cities had its Kremlin (fort) at the center with some old churches and simple palaces as well as historical museums.

The package included hotel and restaurant accommodations as well as the bus, tour guide and museum passes all for a ruble price per person that worked out to U.S. $90 at the current exchange rate.

This was both a good deal and sounded interesting so I wired her $180 and asked her to purchase the tickets.

Upon arriving in Russia a couple of weeks later Bella informed me that the bus that was to be used for our tour had broken down and the tour canceled.

However, they did have another four day, three night tour package for St. Petersburg.

Despite the fact that it was a larger package in terms of both length and distance traveled, managed to talk them into substituting that package for the one we had purchased at no extra charge.

I was quickly discovering that my future wife was even more amazing than I had previously imagined.

I Am Told Not to Speak in Public

The tour started at four in the afternoon with the first night spent traveling to St. Petersburg.

While waiting for the tour bus to arrive, Bella casually mentioned "Oh, by the way..." and informed me that the tour company had recognized my name as not being Russian and told her that their tours were designed for Russians, not foreigners.

Bella quickly explained that I had been to Russia before and was familiar with local hotel and restaurant accommodations. She also added that she would translate for me.

They then gave her the real reason for their concern about me and that was the fact that hotels and museums had a practice of charging foreigners a higher price than Russians.

Given the exchange rate and economic conditions in Russia the higher prices charged foreigners were very competitive compared to those charged in other parts of Europe which left the foreign tourists feeling they had found a very good deal.

Further, since most foreign tourists did not speak Russian and did not understand the Russian Cyrillic alphabet, they were completely unaware of the difference.

I am Provided With a Russian Name

Since it served the local market, the travel company was under great pressure to keep prices low so that they were affordable for the average Russian.

Their profit margin must have been very thin because they were worried that the extra fees that could be charged for my presence would wipe out most of their profit.

But they also did not want to lose the $180 we had paid. So they listed me on the tour manifest as Sergi Ivanov and instructed Bella to make sure that I did not give away my nationality by speaking in the hotel lobby or in the museums. 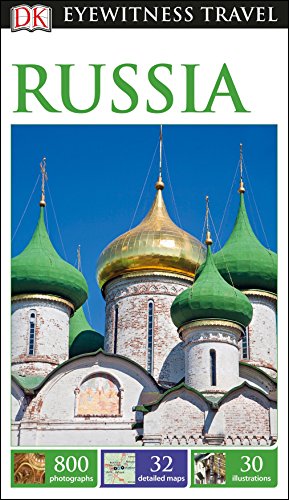 Dreary Memories of An Earlier Trip to St. Petersburg

Bella had never been to St. Petersburg.

I had visited that city years ago when Russia still a part of the old Soviet Union and St. Petersburg was known as Leningrad.

Leningrad / St. Petersburg was an interesting city then but my impression of it on my first trip was that of a giant outdoor museum slowly crumbling with age. The palaces were impressive but slightly shabby.

The city's wide boulevards were mostly empty save for buses and an occasional taxi or official car. The shelves in shops haphazardly displayed shoddy goods, while bored clerks appeared to be simply waiting until closing time.

The one thing in abundance at the time of that trip was the numerous statutes of Vladimir Lenin.

Accenting the city's depressing atmosphere was the fact that that first visit occurred in March when the sun rises in late morning and sets in early afternoon without ever managing to rise very high in the sky. St. Petersburg has the distinction of being the furthest north of any major city in the world and lies a mere 3,800 miles south of the North Pole.

Fountains and Gardens in Petrodvorets

St. Petersburg Today is a Beautiful and Vibrant City

This time my visit to St. Petersburg took place in July and that alone made a world of difference.

It was also the city built by Czar Peter the Great as Russia's window on Europe and its former greatness was on display in today's modern Russia. It is no longer Leningrad existing under the dreary pall of Soviet communism.

The city is alive with people, traffic, shops not only sporting quality merchandise but warm and inviting with helpful clerks seeking to satisfy your shopping needs.

Notably missing in today's St. Petersburg are the statutes of Vladimir Lenin. These have been relocated to scrap metal yards and cities like Seattle, Washington.

Of course adding to the charm of the visit was the fact that I was accompanied by my soon to be wife. We made a good team. I introduced her to the city's numerous palaces and other sites including McDonald's Restaurant where she ate her first Big Mac.

Among the many wonderful experiences I got to enjoy on this trip was the St. Petersburg custom of the White Nights (Beliye Nochi).

While the sun may barely rise in March, doesn't set in late June and early July.

St. Petersburg is located a little ways inland from the Gulf of Finland making it a major seaport - at least in summer. Draw bridges span the Neva River down which ships sail and dock. Heavy daytime motor traffic requires that the bridges remain down all day.

Eleven thirty one evening found Bella and me sipping coffee outside a cafe along the river watching the ships sail past in the twilight.

Our St. Petersburg tour was great.

While in the museums I took a moment to study the price signs in the lobby which were posted in Russian, English and German.

It didn't take much to see that the rates next to the English and German postings were a little more than twice the those next to the Russian posting.

However, a quick currency conversion (at that time 30 rubles equaled U.S. $1 so all I had to do was divide the posted ruble rate by 30 to get the dollar value) showed me that it only cost about $3 for foreigners and just under $1 for Russians to visit the museums.

A Russian Collegue Back Home At Work Explains Price Difference

Upon returning to Tucson, the story of my covert side trip was a hit with my colleagues at work.

Except for one, Edward, an adjunct instructor who had emigrated from Russia to the U.S. about ten years before.

Instead of the usual amused laugh, Edward became very serious and told me about his experience.

He is an engineer and when he first came to the U.S. he got a job with a small engineering firm which had just won a contract in Russia. Seeing that Edward was from Russia and spoke Russian, the president of the firm had him join the other two engineers being sent to oversee the project.

Not being a U.S. citizen yet, Edward had to use his Russian passport for the trip.

Hearing this, I understood why the tour company wanted me to use a Russian name and keep my mouth shut, least my English expose me and cost them numerous Rubles.