A 25 Mile Long Fjord And a Spectacular Glacier

One of the many highlights of an Alaskan Cruise is coming face to face with a glacier.

The Tracy/Endicott Arm Fjord is one of the many spectacular Fjords dotting the Alaskan coastline. Fjords are basically narrow bays carved out of mountain ranges that border the sea.

Over the course of millions of years a glacier will carve a narrow, V shaped wedge in the mountain as it pushes its way down to the sea. Eventually the the sea fills in the the void creating a narrow bay with towering mountains on either side and the glacier at the end.

The Tracy Arm Fjord stretches some 25 miles from the end of the glacier to the open sea. This provides for a spectacular detour while cruising up the Alaskan coast. 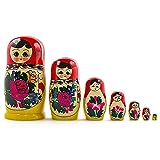 Our Cruise Ship, the Royal Caribbean Line's Serenade of the Sea entered the mouth of the Fjord around 7 a.m. and slowly made its way up the, iceberg dotted fjord over the next three hours.

Wanting to get good pictures, my brother bundled up and spent most of the morning holding a spot in the bow of the boat.  While the temperature warmed up to the mid-60s by the time we reached the glacier, it was about 59 degrees F (15 C) when we entered the Fjord.

That wasn't too bad except for the fact that the wind chill at the front of the ship as it plowed through the cool northern air effectively lowered the temperature another ten degrees or more causing my brother to bundle up like it was winter in Wisconsin.

Bella and I decided to take our chances so we strolled along the sides of the ship which were protected from the wind chill.  Bella also took time to do some shopping at the table in the lobby selling Russian Matryoshka Dolls.

As it turned out, there was no need to grab and hold the spot in the front because the captain of our ship was able to first guide the ship right to the edge of the mass of icebergs floating in front of the glacier and then, within the narrow confines of the fjord and taking care to avoid the icebergs, did a complete 360 degree turn so that every part of the deck got to look straight at the glacier. 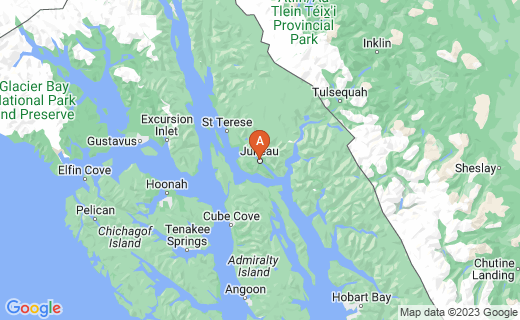 Links to Hubs on Other Spectacular Places