A Time Capsule of the Ancient Trade City

Hidden behind the busy administrative and commercial buildings near the grand cathedral of Bremen (better known as St. Petri Dom) is the ancient Schnoor quarter, which exists ever since the city was established in the 10th century. The name of the quarter is related to the city's long-standing status as a fishery center and seaport ("Schnoor" in the local dialect roughly means ropes and cables as used by ships). The structure of the Schnoor quarter is said to have been relatively unchanged since medieval time, although the buildings are relatively newer.

This area is one of the main tourist attractions of Bremen and rightly so. It is simply a great place to wander around in a nice day with little but interesting things to discover. 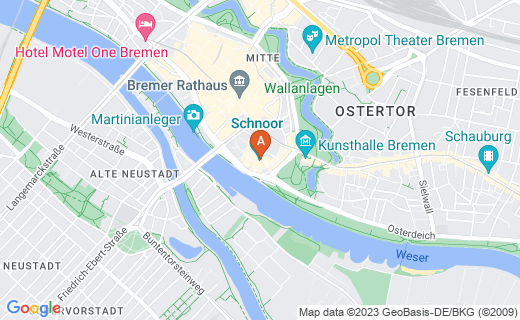 The streets in Schnoor quarter are what attracts my attention first and really amuses me. They are really unusual to me (though they are probably typical for medieval towns in general). Most streets are narrow (sometimes the width is only enough for only one person). They are also winding and uneven (some places even have stairs and a café-restaurant is situated noticeably lower than its surrounding). Added to that are one or two tunnels. It's just easy to wander off and get lost here (though not for long because the whole quarter is relatively small). There are of course maps if you need them but they just reduce the fun.

The little (but cool) things

I like to refer to the Schnoor quarter as the time capsule of Bremen because of the many haphazard details from the past as well as the present that I can discover here. Probably owing to the quarter's status as a tourist magnet, everything is kept diverse and colourful (unsurprisingly the majority of stores here sell souvenirs). They all highlight the unique (and perhaps exaggeratedly stereotypical) features of Bremen, itself a place with long history. From a quiet corner surrounded by pretty garden just behind the bustling commercial streets to an unusual architectural design, there is always something to make me smile.