The word Niagara comes from a the Iroquois Indian language. The Iroquois called the falls “Onguiaahrr,” which translates into English as “The strait.” Niagara Falls is recognized as an international boundary separating Canada and the United States.

Niagara Falls is located on the Niagara River. It causes Lake Erie to drain into Lake Ontario. When these rivers join, it creates the highest flow rate of any waterfall in the world. Horseshoe Falls is recognized as the mightiest waterfall in all of North America. This determination is based on its vertical height as well as its water flow rate. Niagara Falls is located approximately 16.5 miles northwest of Buffalo, New York on the American side of the border. On the Canadian side, it is approximately 74.5 miles southeast of Toronto, Ontario.

Scientists believe Niagara Fall was created when glaciers receded at the end of the last ice age. It is thought that water from the creation of the Great Lakes cut a path through the area on its way to the Atlantic Ocean. The falls are not as high as other falls around the world, but it is very wide. Experts estimates between four and six million cubic feet of water falls over the crest line at Niagara Falls every minute. The falls are internationally known for their spender as well as being a major source of hydroelectric power. Niagara Falls has presented a challenge to those who want to preserve it for now and future generations. Balancing the industrial, commercial, as well as recreation use of the falls, continues to be a challenge.

Located at a stop on the Niagara Parky, the floral clock is a very popular attraction. The plants involved are properly maintained by the Niagara Parks horticulture staff. The clock was built by an organization known as Ontario Hydro. This organization makes certain the floral clock is in working order every day. The timepiece's face is an intricate design made of over 15,500 carpet bedding plants. The design of the flowers is changed two times each year. Blue Festuca, as well as California Golden Privet grass, is used to provide contrast with the flower designs.

People who visit Niagara Falls are able to enjoy a cable car journey across the Great Gorge, as they look down at the stunning Niagara River. This is a chance to witness a natural phenomena that people from around the world come to see. It's the Niagara Whirlpool. The quick change in direction of the flow of water joins with the rapid movement of water from the Great Gorge. This creates a section of the river that remains a turbulent and swirling whirlpool all year. The cable car used was designed by an engineer from Spain. His name was Leonardo Torres Quevedo. A cable car has been providing trips across the Great Gorge since 1916.

Maid Of The Mist Tour

It is a common for people to desire seeing Niagara Falls up close. The Maid of the Mist tour has been offering visitors an up-close view of the falls since the 1840s. The boat ride starts at a calm section of the Niagara River. Boat passengers are then taken past the Bridal Veil Falls, American Falls and into the intense mist and spray provided by the curve in the Horseshoe Falls. The pioneer of the Maid of the Mist was a boat christened with that name in 1846. It was a 71-foot long barge steamer with a wheel on the side. The boat's purpose was not sightseeing. It was used as a ferry between New York City and Toronto. It's engine were steam powered using wood burned in a coal fired boiler. The boat was used to transport a stagecoach with four horses. It's benefit was the horses did not have to be unhitched to be transported.

Gravelet was the first tightrope walker to walk over Niagara Falls. He had been a circus professional who was trained in Europe. He made this first walk on June 30, 1859. During his walk, he lowered a rope to the Maid of the Mist boat. Gravelet pulled up a bottle and had a drink. During the walk, he also did a somersault on the rope. Audiences that day were able to see him bicycle, push a wheelbarrow, walk blindfolded as well as cook an omelet on a rope spanning Niagara Falls.

The first person to survive going over Niagara Falls was a 63-year-old school teacher named Annie Taylor. She accomplished this amazing story of survival on October 24, 1901. She was strapped into a specially designed harness inside the wooden barrel. A small boat pulled the wooden barrel containing Annie Taylor to the main area of the Niagara River. The rapid instantly began beating the barrel and then it went over the falls. Her journey lasted approximately seventeen minutes. The barrel was eventually hooked and dragged onto the rocks of the Canadian side of the falls. She emerged from the wooden barrel dazed but unharmed. That day she obtained the title of the first person to successfully survive going over Niagara Falls.

On July 4, 1928, Jean Lussier became the first person to go over Niagara Falls in a rubber ball. Lussier was a native of Quebec and built a six-foot rubber ball using over 30 inner tubes. To keep them in place he used a double-walled steel frame. One of the largest crowds ever recorded witnessed Lussier going over Niagara Falls in the rubber ball. The crowd saw the ball get hit hard over the rapids and down the falls. After about an hour after getting into the rubber ball, Lussier walked ashore. He seemed to be in perfect condition. During the next several years, Lussier would display his rubber ball at Niagara Falls. Tourists were able to purchase a small piece of the inner tube used during his stunt for fifty cents. 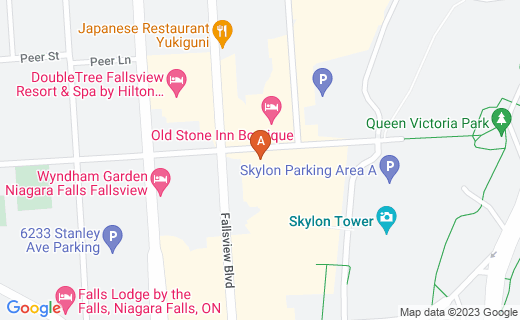