From the age of eleven I have loved all things British, most especially the great history. Charles I is my favorite king of England.

It is scary to embark on a trip far away even more so when it is on your own. I arrived at the MCI airport about four hours early after a delightful drive with a very friendly Uber driver. I wanted plenty of time to make ready for the trip. I know, I know, four hours is a bit much but amazingly it didn't seem like long and before I knew it I was leaving on a 747 for Atlanta, Georgia.

Made it to Atlanta at about five in the evening and found my London flight listed on the board. I found their extremely fast tram that transported me between terminals. Man it was fast! I nearly fell down and hung on for dear life. I made my gate in plenty of time and got rather excited when I sat down next to an Englishman, who was very friendly and asked me about my adventure. I told him in was my first trip to England and I had wanted to take this trip since I was eleven years old. He was quite happy for me and soon boarding started. I couldn't wait to get on the plane.

I sat in coach next to the nicest lady. We had a fun time, we laughed and she found it funny I kept calling our place on the plane 'steerage' like we were on a boat or something. We soon found we had a rather grumpy stewardess who kind of treated us that way. We couldn't help it. We laughed all the way through the journey.

I arrived at Heathrow mid-day and immediately I was herded into the most enormous queue I had ever been in. I knew the British loved their queues but I never thought it would be like this. The line did seem to move quickly and efficiently. The gentleman at customs seemed skeptical of letting me in and I worried that I had gone all this way just to be turned away. Finally, he stamped my passport.

Now out of the queue, I had to find my ride which was to be waiting for me at the gate. Well, I couldn't find them even though there were like fifty people waiting with little signs for people. Finally, this really nice British lady asked if she could call someone for me. My cellphone didn't get reception in the UK. She called the shuttle service and before I knew it, I found my way to the hotel.

My motel was really a tiny flat in the Bloomsbury district of London. It was beautiful, with a Victorian front and pretty flowers in pots hanging by the sidewalk. It was so clean too. I remember years ago my aunt telling me that London was a very dirty city. I didn't find it so. In fact, Chicago was a truly dirty city but not London. The flat was tiny but perfect size for me. With a tiny bathroom, I could barely turn around in but I managed just fine. There was also a little kitchenette with stove and a kettle to heat my water for tea. The bed was divinely soft. I wanted to take it back to Kansas City with me.

My friend Edna suggested a nap would be a good start and not to get into sightseeing too soon. I did lay down but couldn't sleep. I was so anxious to start my sightseeing. I compromised because I noticed I was just a few blocks from the British Library. I walked there and had a delightful couple hours walking through their collections. I saw the Magna Carta and being a history nerd, I teared up. I also saw George III huge library. Believe you me, a man that loves books that much couldn't have been so very terrible even though every American child knows him to be a tyrant. I also saw a printing press almost contemporary with Gutenberg himself. Oh it was glorious! I plunked down a good fifty quid in the gift shop. What a lovely afternoon.

My foray to dinner was not so delightful. The little sandwich shop where I ate had booths not accustomed to American bodies. I almost got stuck. I felt like the Balkan proprietor looked aghast as I tried to wedge my enormous body out of this little booth. I decided then not to go back there. I then went back to my little flat and retired early. What a great start to my new adventure. I fell asleep with a little anxiety about using the Tube the next day.

Not Going There Again!

"I felt like the Balkan proprietor looked at me aghast as I tried to wedge my enormous body out of this little booth."

The Door to My Flat

This was my method of learning the Tube in London. I grabbed my Oyster Card and just jumped on board a subway going wherever. I got off once at what looked like a small shopping center and inadvertently ended up taking the Light Rail to Kew. I knew I was going to Kew because of the announcement that this train was bound for Kew. I wanted to see the gardens and the palace at Kew so I decided this was to be my adventure this day.

I wasn't disappointed either! My London Pass got me into the gardens for free. Oh what beauty! They gave me a guide to the gardens which I soon found daunting. I jumped onboard their little trolley as we'd call it in the States. Of course, I found out their was a reasonable price for riding it which I gladly paid. Me always trying to avoid exercise, I soon found myself taken to the various points of interest in the Gardens.

London: The Places I've Been 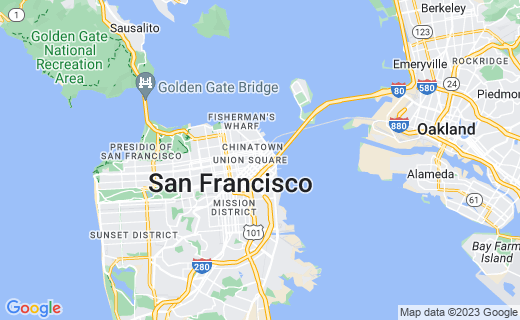