A minibus dropped me in the morning at Verbier from Geneva Airport. First I checked into one of the designated lodges or so called cottages where other team members had already arrived. Cottages, inns, villas are very popular and preferred by skiing enthusiasts instead of hotels. In fact one could find more of these chalets rather than regular hotels, which are few and far away from the skiing spots.

Next morning after breakfast, we went to a store nearby our hotel and hired the skiing gears. It was difficult for me to find the gears fitting to my size, so I had to try out different boots, gloves, etc. until I settled with the appropriate kit. We were a total of seven members accompanied by our guide and trainer rolled into one. He helped us in finding the stuffs required for skiing. After shopping, we loaded the stuff in the waiting van.

All of us were excited and when our van moved into the narrow snow clad roads, while heading towards the skiing spot from the hotel, we felt the goose bumps but enjoyed the thrill of the ride. By the time we reached the assembly area to get lifted for going to the starting point, we had to abandon our trip abruptly due to the forecast of a heavy snowfall. It was probably a blizzard. The temperature had dropped. This sudden climate change bewildered all of us and we were informed by our trainer that this kind of change was common in here.

Sudden change in weather conditions forced us to postpone our trip and we made a hasty retreat to our hotel. At the start of the trip we were very excited and now our mood was off. We retired to our rooms rather dejected and crestfallen. We consoled ourselves by watching Indian film songs, which were beautifully pictured in the pristine snow clad locale of Switzerland.

While watching songs our instructor told us that many international films were shot around some of these picturesque locations. He also shared his personal experience by showing us some photographs with many actors and actresses stored in his phone taken during the shoot. I envied his collections though he never displayed any pride or attitude but possessed great humility. He was a jolly person always up-to something that made our visit really memorable. 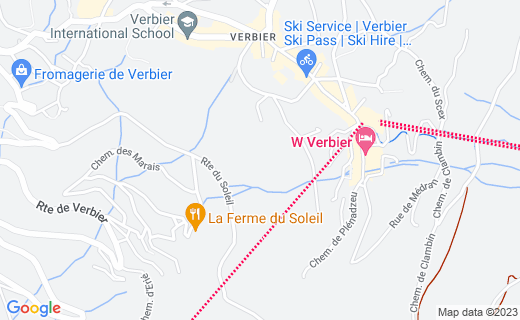 Other Beautiful Places to Visit in Switzerland

The Day After the Blizzard

The next day we were geared up for the excursion, as the blizzard had ceased and the weather condition was ideal to resume our adventure. The excitement of skiing in the Alps made us to wake up early in the morning and we got ready to venture again. When the SUV arrived at the portico, we loaded our stuff in a jiffy and huddled inside. Bingo! We were at Verbier the iconic Swiss skiing destination in Switzerland.

It is also known as the four valleys and the highest point of this glacier creation on Mont Fort. It is said that some areas have snow throughout the year. We reached the assembly area, where we waited for a cable car to lift us. We enjoyed the panoramic views of the mountains and landscapes covered in snow while traveling in the cable car.

When we reached the skiing spot we saw some overzealous skiers who were very active and displayed some spell binding actions. The atmosphere was livened by their skiing antics and their acts reflected that they not only love skiing but also possess the required expertise to maneuver through the snow covered slopes. Our instructor helped us in wearing the complete gear at the actual site in the snow.

Which winter sport do you prefer the most?

Skiing in the Snowy Alps

In a couple of hours he trained us to ski easily without any difficulty. I skied down the mountain and achieved a maximum speed. My heart beats increased and was pumping rapidly. At the beginning I was a bit nervous but later I found myself enjoying the thrill of skiing down rapidly. I repeated this several times and enjoyed skiing to the hilt.

At this international destination, I came across a cross section of experts and novice from different countries. The gradients and slopes were full of sudden crisscrossing ups and downs. In some spots the scoops were very high on this immaculately white snow. We had a wild rocking time. Most of us had fitted video cameras during the entire event. Screaming and howling were the order of the day as the onlookers cheered the skiers.

Our guide and trainer informed us about the local competitions that are conducted regularly like the ski runs for experts and beginners for the benefit of tourists. If we wished to participate in these local events, he was ready to help us prepare. We wanted to participate but had to give up because of lack of time. We spent more than half a day of skiing on the snow. Dusk was setting in and we were advised to return ASAP. We called it a day.

However, the next day, when the weather was favorable we visited the Rhine falls, an incredible display of cascading falls with loud noise. We enjoyed the visit to the falls for all day long. With a modest flamboyance at this French speaking Switzerland the atmosphere at this premier ski resort was fun-filled and jollity. We were famished and headed to our cottage to have a sumptuous alpine fare.

This trip was really adventurous and it gave numerous unforgettable moments, which I spent together with my friends. These memories are very precious and none of us can forget them. Now I am waiting for my holidays so that I could set for another round of thrilling adventure.