Spring Mill State Park is located about three miles east of Mitchell Indiana on Indiana Highway 60 in Jackson county, Indiana. In addition to the usual amenities at Indiana state parks, it has some unique assets:

The story of Spring Mill begins with Samuel Jackson, Jr. During the War of 1812 he was wounded while fighting in the Battle of Lake Erie. After his recovery, he scouted this area, and constructed a small mill. The Bullitt brothers from Louisville, purchased Jackson's property in 1817 and replaced the small wooden mill with the three-story limestone building that is still standing today.

Ownership changed again in 1823 when the mil and other building were sold to the Montgomery brothers of Philadelphia. The Hamer brothers purchased the village in 1832, and unlike the two previous owners, settled in the town. Under the Hamers the town prospered. Hugh Hamer built a school room for Spring Mill's children, and paid the teacher's salary himself.

The mill was very busy when the Hamers owned it. At peak times, farmers sometimes had to wait nine or ten days to get their corn ground. Money was scarce, so farmers often paid for the milling with corn. This corn was used in distilling whiskey, marketed under the name "Old Hamer". The east fork of the White River is only a few miles north of Spring Mill. Much of the whiskey was sent down to New Orleans by flatboat. Hogs were fed leftover mash from the distilling operation, and ran loose throughout the town. Today, the southwestern corner of the mill shows wear from the hogs rubbing against it. The garden walls in the village were built to keep hogs out.

The village tavern was a stop on the stagecoach route from Louisville to Terre Haute. Hugh Hamer was an active member of the Whig party, and many notable politicians came to Spring Mill to see him. Indiana's first governor, Jonathan Jennings, was once a guest of Hugh Hamer. Hugh served one term in the Indiana state legislature.

At its peak in the1850s, Spring Mill had around a hundred residents. Railroads were rapidly becoming the preferred method travel at that time. Railroads created some towns and destroyed others. Nowhere is this more apparent than the Spring Mill / Mitchell area. The Monon line bypassed the steep slopes of Spring Mill in 1853. In 1857, another rail line crossed its path, and the area around the intersection became known as Mitchell's Crossing, now called simply Mitchell. As Mitchell grew, Spring Mill declined. The other factor working against Spring Mill was that steam power became more available, making it unnecessary to travel to the mill.

One of Spring Mill's unique characters arrived in the fall of 1865, just a few months after the end of the Civil War. He was an eccentric Scotsman named George Donaldson. He was wealthy and a world traveler. When babies were born, he gave them a gold coin, but only if he was allowed to name the child. Among the names he came up with were Faana and Owassa. Donaldson cherished nature and did not allow logging on his property. That's why there are 67 acres of virgin timber in the park, and it is named Donaldson Woods Nature Preserve. He also placed the monument to Alexander Wilson, which can be seen along Trail 4. Wilson was from Scotland, like Donaldson, and also moved to America. Wilson published a book called The American Ornithology in 1808. Donaldson eventually left and someone burned down his house.

After Donaldson past away, his property was in limbo while the courts decided who owned it, since he had no heirs in the United States. Eventually, Indiana University wound up with the property. Colonel Richard Lieber began putting Indiana's state park system for the state's centennial in 1916. Several pieces came together to form the park. Indiana University pledged the Donaldson property, if Lawrence county could up with at least 500 additional acres. The county came up with 539 adjacent acres. The area encompassing the village of Spring Mill was then owned by the Lehigh Portland Cement Company in Mitchell. They had purchased the property to use the water for cooling lime kilns. Colonel Lieber made his pitch to them, and they agreed to turn over almost 300 acres for a grand total of one dollar.

In 1928, the state began restoring the mill and other buildings. The mill had been idle for over thirty years, and had fallen into disrepair. The mill flume had rotted away, but the piers still remained. Over the next two years the mill was restored except for the water wheel, as well as the mill office, apothecary shop, and general store / post office. The park opened in June of 1930, and nearly 15,000 people paid the ten cents admission fee to visit the park. Reconstructing the water wheel was the next project, but they didn't know exactly what the original looked like. Fortunately, they got a lucky break when workmen dug up a piece of the original wheel about a quarter mile downstream of the mill. By the fall of 1931 the wheel and the flume had been rebuilt. The original grinding stones were found and used in the mill until they wore out and were replaced in 1962. Eventually, a couple other buildings, the Granny White House and the Sheeks House were moved into the village.

Virgil Ivan Grissom, better known as Gus, was born in nearby Mitchell Indiana. He graduated from Purdue University with a degree in mechanical engineering and enlisted in the Air Force. During the Korean War, Gus flew one hundred missions in an F-86. After the war he entered Test Pilot School, and was later selected as one of America's original Mercury 7 astronauts. Grissom was the second American to go into space. After his fifteen minute sub-orbital flight, his Liberty Seven capsule splashed down in the ocean. The hatch blew off accidentally, and Grissom nearly drowned and the capsule sank.

Grissom flew on Gemini 3, the first of the Gemini series, along with John Young. They named their capsule "Molly Brown" after "The Unsinkable Molly Brown". When NASA objected and told them to come us with a different name they came up with "Titanic". NASA grudgingly accepted Molly Brown. Gus was relatively short, and the other astronauts called the Gemini capsule the "Gusmobile", since he was the only one who could close the hatch without hitting his head.

While doing pre-launch testing for Apollo 1, Grissom, along with Ed White and Roger Chaffee were killed when a fire broke out. Fed by the pure oxygen in the capsule, the fire quickly killed all three. Many people believe that Gus Grissom would have been the first man on the moon instead of Neil Armstrong.

The Gus Grissom Memorial Museum in the park contains Gus's Gemini capsule and other items. With its analog displays, it looks ancient, although it was definitely high technology when it flew. There is also a memorial to Grissom in his nearby hometown of Mitchell. 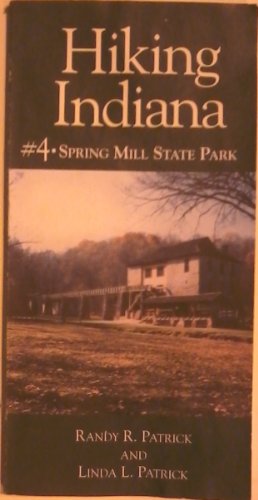