Philippe Park - For History, For Fun

The Entrance to Philippe Park

When we checked the next day’s weather on Saturday, it called for rain, a real damper on our plans.  But the clouds pushed through overnight, and the day dawned clear, breezy and sunny.  Typical blue Florida skies hosted delicate clouds.  We had planned to visit one of our county parks and with the beautiful weather, we packed the fishing rods and cooler and headed out for a family afternoon.

Pinellas County maintains some of the finest parks I’ve ever seen.  The county is basically a peninsula on Florida’s west coast in the Tampa Bay area.  It is surrounded by water with the Gulf of Mexico to the west and Tampa Bay to the east.  Starting in 1948, Pinellas County began acquiring land through purchases and donations, and creating free parks for the county residents and visitors.

Philippe Park is the oldest park in the county, acquired in 1948.  It offers 122 acres on the county’s eastern shore with one mile of shoreline along Old Tampa Bay.  The park has lots to offer visitors.  Covered pavilions can be rented for group functions or birthday parties.  Uncovered picnic tables are first-come first-served and also have grills.  The boat ramp gives boaters easy access to Tampa Bay and the Gulf of Mexico.  One mile of shoreline and seawall stands ready for fishermen or walker, and periodic benches or flat grassy areas give couples and families perfect places to enjoy the views of the Bay.  Three playgrounds and a ball field provide sporting and play fun for all ages.  Like most of the Pinellas County parks, Philippe Park has been thoughtfully planned out and is a popular place for exercise and relaxation for the local residents.

The park holds historical significance for two reasons.  First, it’s the site of Count Odet Philippe’s 160 acre plantation which he purchased in 1840.  Count Philippe was the county’s first permanent, non-native settler.  A successful businessman, he introduced citrus and cigar-making to the Tampa Bay area.  When he died in 1869 he was buried on his plantation, and though the exact site of his grave is unknown it is believed to be somewhere within the park, which is named for him.

Philippe Park’s more historical significance lies in the presence of an Indian mound.  Indian mounds in Florida are rather abundant.  There were 14 between Tampa and Sarasota, seven of which still remain.  Indian mounds came in three distinct varieties – the burial mound, the midden (or trash pile), and the ceremonial mounds.  The mound in Philippe Park was a ceremonial mound.  It stands approximately 20 feet tall and is approximately 100 feet at each side at the base.  A building likely once stood atop the mound, perhaps the chief’s dwelling or a ceremonial building.

The site of the Philippe Park mound is believed to be the capital of the Tocobago civilization which lived in Pinellas County from 900 to the late 1700s.  In 1968 it was designated an historic site by the National Park Service.  The mound is located along the shore, with beautiful views of Old Tampa Bay through the oak tree canopy.  Stairs on two sides and a ramp on a third side provide access to the top of the mound.

On this Sunday the park is filled with people.  The picnic pavilions overflow with families and a Habitat For Humanity event.  Walkers, parents and children, and fishermen amble along the shoreline.  Elderly couples and groups of teens sit under the hundreds of oak trees, laughing or talking, enjoying the warm weather and beautiful day.  A constant stream of people climb the stairs to the top of the Indian mound.

Sitting under the oaks at the base of the mound, Tampa Bay’s waters lap at the seawall a few feet away from me.  For a moment, I don’t see jet-skiers racing in the waters or people clad n shorts and t-shirts enjoying their Sunday.  For a moment, I see an earthen ramp leading from the top of the mound to a plaza filled with women and children.  I see the land sloping to shell-strewn beaches where men clamber out of dugouts.  Instead of airplanes and jet ski motors, I hear the wind pushing through dried palm fronds and the muted voices of the village.

It’s easy to see why the Tocobago would have chosen this site for their capital.  Easy access to the water, beautiful views, and a sheltered location would have invited them to settle here and build a life, as much as the site later invited Count Philippe to build his plantation and now invites the visitors to Philippe Park to settle down for a few hours and enjoy the outdoors. 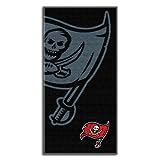