The 7 Most Popular Amusement Parks in Orlando, Florida

The millions of tourists visiting Florida annually is not just because of its beautiful and picturesque beaches, but also due to its unique and totally fun amusement parks that can be found in Greater Orlando, a cosmopolitan situated in Central Florida.

Gatorland also known as the “Alligator Capital of the World” because of the thousands of alligators and crocodiles that can be found here in which most are rescued and bought from trappers who usually capture the crocs and gators for their meat and skin.

This theme park is founded by Owen Godwin in 1949 and it is a 110-acre theme park located in South Orange Blossom Trail in Orlando, Florida.

Leucistic alligators, white alligators due to partial loss of pigmentation, can also be seen in this theme park. The park does not only feature alligators and crocodiles but also showcase other animals such as python, birds and other reptiles. They have an observation tower, reptile shows, petting zoo, breeding marsh, swamp walk, aviary and educational programs.

The breeding marsh of Gatorland was featured in the movie Indiana Jones and the Temple of Doom on 1984. The park also have a zip line which is 370 m long that travels over the pool of alligators and other attractions was constructed as an additional attraction in the year 2011.

Another theme park that is also situated in the city of Orlando is the Holy Land Experience.

It is a non-profit Christian theme park wherein the architecture and setting of Jerusalem in 1st century Judea is recreated.

The park was opened to public in 2002 by Marvin Rosenthal and was bought by Trinity Broadcasting Network in 2007.

This theme park has a museum, the Holy Land Experience Scriptorium, which was opened a year after the founding of the park. It features the collection of Robert Van Kampen of ancient scrolls, manuscripts and early printed edition of the Bible. Under the new administration, new landscaping, exhibits, restaurants and theaters were constructed.

A children park, the Smile of a Child Adventure Land, was also added, featuring exhibits and activities for children. Church of All Nations was also opened on 2012 wherein live presentations and reenactments of the passion and crucifixion of the Christ are featured. As well as weekly bible studies and church services, the live taping of the TV Show of Trinity Broadcasting Network is also held in the facility.

This is an extension of NASA’s Kennedy Space Center in Florida founded in 1967 which has exhibits and displays, historic spacecraft and memorabilia, IMAX theaters, bus tours of the spaceport and a simulated ride into space.

Apollo/Saturn V Center where a restored Saturn V launch vehicle and Apollo capsule are displayed and the United States Astronaut Hall of Fame can also be found in this theme park.

Winter Haven, Florida is where the second largest legoland park can be found.

Legoland Florida is a 145-acre theme park that has just recently opened on 2011. The site where it is situated is the former Cypress Gardens theme park.

Legoland Florida has 45 rides, shows, restaurants and shops. The botanical park of the former Cypress Gardens is preserved but redecorated with a lego theme as well as the water park and the roller coasters.

SeaWorld Chain of Parks is located just in the outskirts of Orlando. It has three different theme parks namely: SeaWorld Orlando, Discovery Cove and Aquatica Orlando.

SeaWorld Orlando is not just a theme park but also a marine zoological park that was founded on 1973.

This theme park is subdivided into seven seas with different motifs. The live shows, rides and animal exhibits like beluga whales, pacific walrus, sea lion and etc. depends of the motif of the sea subdivision.

The neighboring theme park, Discovery Cove, was founded on 2000. The main attraction of this theme park is their bottlenose dolphins wherein the guests can play, talk, touch and swim with the dolphins.

There is also a coral reef where the guests can swim along tropical fish. In 2011, Grand Reef was opened as an additional attraction featuring a white-sand beach with underwater grottos filled with a variety of sea creatures.

The last one to open in the SeaWorld Chain of Parks is the Aquatica Orlando. It was made available to public on 2008. Southern Pacific is the theme of the park. The main attraction of the theme park is its two wave pools with a man-made white-sand beach area.

Universal Orlando Resort is a theme park found in Orlando Florida which is owned by the NBC Universal and its affiliates. It is the second-largest resort in Greater Orlando next to Walt Disney World.

This resort is made up of 3 different theme parks: Wet ‘n Wild Orlando that was founded in 1977, Universal Studios Florida in 1990 and Islands of Adventure opened in 1999.

Wet ‘n Wild Orlando is considered as the first American water park established. It was featured on the Extreme Waterparks by the Travel Channel. Sadly, it is reported to close on December 31, 2016 and will be replaced by Volcano Bay which is another water park.

Islands of Adventure is a theme park where guests can explore and have an amazing adventure on the 6 different islands. On 2010, the 7th island was opened to public, which is themed to the Harry Potter movie. The 8th island, Skull Island, is still under construction and is expected to open in 2016.

The most famous and largest theme park in Greater Orlando is the Walt Disney World Resort.

Magic Kingdom was the first to be founded among the four theme parks of Disney World on 1971. The whole design of the park is inspired from the fairytales of Walt Disney Production and a Cinderella Castle as the main attraction.

Next is the EPCOT, Experimental Prototype Community of Tomorrow, which is twice the size of Magic Kingdom and was founded on 1982. This theme park is an idealistic city designed by Walt Disney himself.

Disney’s Hollywood Studios is the third theme park of Disney World that was founded on 1989. From its name, it can be deduced that the theme of the park was Hollywood inspired. The last theme park to be constructed is the Disney’s Animal Kingdom.

It was opened to public on 1998. This is the only Disney World theme park that is solely themed after animal conservation. The icon of this park is the Tree of Life which is an artificial tree sculpture.

So what are you waiting for? Explore these awesome Orlando amusement parks now!

How to Get There 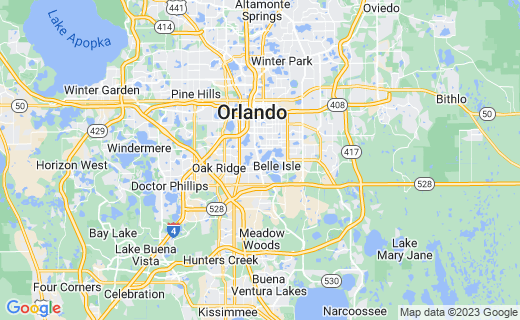 What do you think is the best amusement park in Orlando, Florida?