Trail Ride In The Arkansas Ozarks

Annette Sharp holds a BAAS in Behavioral Science from Texas A&M. She is a counselor and motivator with an empathetic heart.

For weeks we waited in anticipation for the annual Booger County Cattle Drive, a benefit ride for Arkansas Children's Hospital. The event was centered near the small Arkansas town of Kingston along the Kings River. The plan was to round up some real Longhorn cattle and herd them to the local sale barn with area cowboys and equestrians along for the event. The purpose was to help raise money for the best children's hospital in the south, Arkansas Children's Hospital!

When hubber Art 4 Life (aka Jan) asked me if I wanted to attend, I didn't hesitate. I'd never been on a long trail ride before and I knew it would be a challenge. I was definitely willing to attempt the long haul, no matter what it took! My spouse said, "You'll never make it....it's too long & hard of a ride...you aren't used to it.." My reply was simply, "Oh yes I can!" I was secretly thinking, "I'll show him....." Ha! So off I go, back to the hills of NW Arkansas, taking the scenic route and enjoying the drive.

We arrived at the meeting place trailering Jan's 2 horses: Santana, a Foxtrotter gelding and Sugar, a Quarter horse mare. I was to ride Sugar. I brought my own saddle for the ride knowing I'd be more comfortable. We ate a good lunch before we joined the drive at the old church in the hills. While we waited to begin the ride, I mingled with the local folks and finally met our fellow hubber hosecrazyheidi, who was introduced to Hubpages by Art 4 Life.

I expected to see about 50 head of cattle for the drive. There were actually only about 15 cows. ( they lost some earlier that morning ) . Guess they ran off in the woods, knowing they were going to the sale barn.

The video below is an introduction of our fellow hubbers, including myself and other folks on the drive. Just remember one thing: I have a deep southern accent, especially when I'm around country folks. It seems to rub off on me...but it's all good. So if I ever meet any of you guys in person, I'll drop the accent as much as possible so you can understand me. Anyhow, take a listen!

Some of the cows waiting to be herded on the trail.

Longhorn Cows On A Cattle Drive

Now folks, whatever image you had of Longhorn cows, you can just kiss that image goodbye. These cows aren't the gigantic monsters you see portrayed on televsion, they're smallish animals with really wide, long horns sticking out to the side. As we waited for the ride, I wondered how time had changed the Longhorn from their original state. Regardless, I knew we were looking at Longhorns. Oh well, on with the story! 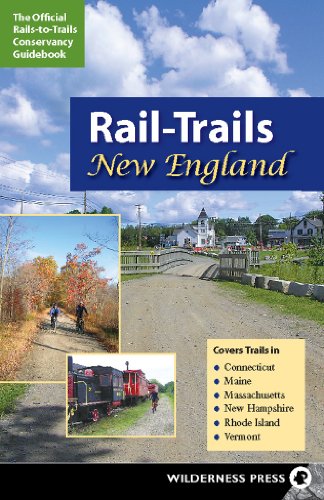 A cattle drive wouldn't be complete without a team of mules and wagon.

Okay, you can't have a cattle drive without a team of mules and a few wagons. And that's exactly what we had. These babies are healthy animals, for sure. There were a lot of mules there, not just the wagon team. Most of the mules were ridden by their owners. They come in every shape, size, and color. Now remember, the mule is different from the hinny. The mule has a horse for a mother and a donkey for a father. Now the hinny has a donkey mother and horse father. There was more than just a few mules & hinnies there. They were braying their little hearts out!

AT LAST: The cattle drive begins...watch the video below and remember: I was trying to shoot video, interview, and ride at the same time, so you're gonna' see some shaky images. But watch anyway.....pretend you're watching 'Cloverfield'! Ha!

An interview with Marcia as well as an inside look and feel of the ride.

Spectacular Scenery in the Ozarks

After a spell of serious rough riding, up hills, through a creek, and finally crossing the river (yes, we crossed the river on horseback) we arrived at the campsite on the Kings River. All the trailers and trucks were lined up neatly, side by side. We did a little exploring when we got there, as well as visit with everyone. The scenery was spectacular, just like you see in the old movies. The landscape resembles lush green hills, rolling into each other with splashes of mountain homes dotting the sloping sides. It gave us time to wind down before we unsaddled the horses and prepared for the evening meal.

Rosie, the Hinny takes a break at camp.

Unusual Animals On A Trail Ride

Of course, I had to spend time admiring the cutest animals. This little rascal was my favorite: a hinny named Rosie. She was so cute and well behaved, it made me regret selling my hinny, Kojack. The boy riding Rosie was having a great time. Little Rosie created quite a stir in the campsite with her constant bugling and braying. Remember, she's half horse, half donkey. Her "neigh" is a cross between a bray and a whinny. Quite amusing for those who aren't used to the sound.

Up At The Crack Of Dawn for a Cattle Drive

Bright & early, after listening to Rosie the hinny bray all night, we set off to locate the coffee. Once the caffeine boost hit, we were ready to tackle the job of getting the horses ready for the day.

Our friend, Marcia, loaded us up with some natural herbs, proteins, and ginseng that packed quite a punch. The herbs musta' done something to us. Jan became very edgy. Here she is, at right, goin' to town with the bristle brush on Santana'a slick coat. She looks intense, for sure. I don't know what was in that stuff we took...bee pollen & some other herbs.....but it packed a punch that lasted well into the day.

Trail Rides can be Exhausting!

The picture to the right shows you what the same mega dose of herbs did for me. Ho-Hum, this horse was dirty. My attitude was, "So if you don't like it, why don't cha' kiss my a*#!!" Like I said before, those herbs and proteins did something, I just don't know what. Helps change the outlook on life a bit.

So at this point, I was ready to head out. My horse was groomed & I was intent on my quest to prove to my spouse that I could do this thing without any side effects. Ha! 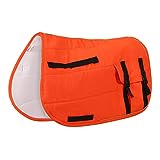 Before we headed out the 2nd day, the riders gathered around for a morning prayer of safety. Our friend Heidi (better know as horsecrazyheidi on Hubpages) came riding by on her "green-broke" mare. She'd had a bit of trouble with her the day before....and this feisty little horse wasn't finished! I guess the Lord heard our prayer that day & I was more than impressed with how calm & composed Heidi was during the mini rodeo. The horse was doing her darndest to upset Heidi, but our friend wouldn't stand for it! Heck, at one point, the spirited little mare bumped smack-dab into the Sani-Can! I have the whole rodeo on video below. Remember, before you view it, I was sitting on a horse trying to hold the camera steady so I did the best I could. I think you'll get the picture once you view the video. And I think you'll all agree that Horsecrazyheidi deserves a trophy! (Note the audience looking on while she gets the animal under control).

Donotfear and Art 4 Life thank yall' for viewing our adventure. Hope you enjoyed it as much as we did!

The Final Leg of the Trail Ride

So we set off for the sale barn, 120 riders, a couple of wagons & mule teams, and 15 or so Longhorns. I got a little nervous surrounded by so many animals, but the horse I was riding had more confidence than me, she knew just what to do.

Local law enforcement blocked off the highway while we headed down the final stretch. Finally, at last, we reached the sale barn! I was so relieved! By this time, my legs & knees were beginning to ache. When I got off my horse it felt like I was 3 feet tall & bow-legged! But I did it.....I finished the ride. Now my spousey couldn't say, "I told you so...." Ha! And best of all, I wasn't even sore. After an hour or so, the stiffness left me & I was good as new.

It just goes to show you: Don't ever tell somebody 'You cant' do it'. And especially don't tell ME because I'll take ya' up on it just to prove I can. (that doesn't mean I'll do anything). I never considered myself much of a competito,r but throw in some doubts about my ability & I'm just about game for anything!

One thing is for sure: The Booger County Cattle Drive was a great experience. I knew I was making good memories the whole time, that's why I documented everything. And best of all, it was all for a good cause: to benefit the best children's hospital in the South - The Arkansas Children's Hospital!

The Architecture of the Arkansas Ozarks (Stay More)
Buy Now