I went to see the Castle Grounds this week. I have to say that my feelings are mixed.

The first thing you see on entering from the gatehouse is a wooden fence on your right, where there was once shrubbery. It looks dead and lacks the feeling of entering a tunnel of greenery that you used to get when you walked up that path.

There’s no sense of mystery any more, a feeling that used to pervade the old Castle Grounds. It just looks like any old park anywhere.

You carry on up the path to see the Kiddie’s playground, an addition which I’m sure will be welcomed by everyone. But after that there’s a wide span of yellow desert where the old Holm Oak used to be, in front of the toilet block. It’s good the see the toilet block in use, but sad that a beautiful old Oak Tree which had been planted at the time of the original building had to be removed, for the usual dreary “health and safety” reasons. It was at least 350 years old.

The yellow paths are hallucinogenic. I can’t help it: I’m reminded of those hippie posters of the sixties, with all these psychedelic yellow swirls curling through the undergrowth.

I miss the wooded area over by the road, which has been replaced by what appears to be a garden centre, and the weird bit of box hedging around the statue of the Milk Maid, which served no purpose whatsoever, but was quaintly eccentric in an old-fashioned, English sort of way.

The Milk Maid herself is still there, though her lopped off nose hasn’t been restored. It was lost in a tussle with a Garden Gnome perhaps. It looks like she has been left permanently disfigured.

I always had a bit of a crush on that Milk Maid, so it’s great to see her back, presiding over the grounds like a goddess over her earthly realm.

I was interested to read the Lord Mayor’s comments on the day of the grand opening. Pat Todd said: “We nearly lost this place but now it has been reborn and it depends on the people of Whitstable and the district on using it. Let everyone pull together so we don’t lose it.”

That seems like a slightly ominous statement to me. Why are we talking about losing it when it hasn’t even opened yet?

He’s obviously suggesting that we should all use the new facilities as often as we can. This is all very well, but if the cost is prohibitively high we won’t be able to afford it.

Altogether the Castle Grounds looks like a safe, if slightly sterile, place these days. The Regency garden looks suitably structured and ornate, while the newly refurbished fountain adds a welcome sparkle to the scene.

The saddest bit for me, however, is the loss of that fragment of wall where the new Orangery now stands. Do you remember that? It was a little bit of folly, built of old brick and stone, with a window arch with a cross in the middle. It looked like a shrine. There was a heavy overhang of branches there and a sense of otherworldliness, as if an ancient presence lurked in the shade.

The term is Genius Loci. It’s from the Greek and it means “Spirit of Place”. That’s what is lacking. The new park is safe enough, and pretty enough, and it’s great to see it back in use, but it lacks the magic of the old Castle Grounds. 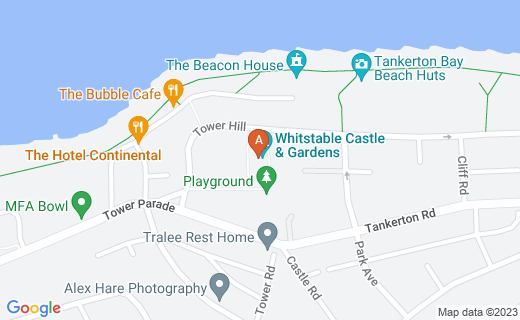