I’ve just got back from the Cheese Box in Harbour Street where I bought some creamy Irish blue cheese and some toe-curlingly tasty Kentish farmhouse cheddar.

I have to say, I love this shop. It’s not only that they have such a range of really interesting cheeses in there, each one with it’s own unique and particular flavour, or that they will let you try a sliver or two before you buy, or that they can tell you where they got it from, who made it, and by what process; it’s also that the very nature of the shop itself, selling locally sourced product at a reasonable price, represents the future of retailing in Whitstable.

Buy cheese in the supermarket and what do you get? Some homogenised yellow pap with only a vague resemblance to cheese, produced in some sterile factory from cows that have never seen the sky, entirely without character or flavour or any local connection.

Cheese Box cheese, on the other hand, tastes of the very soil where it was produced. It is regional and specific. It has personality, it has character. It is organic. It is alive. It is everything a proper cheese should be. I have no hesitation in recommending it to you. If you haven’t tried the Cheese Shop yet, then do it now.

There’s a number shops in Whitstable which I would also recommend on the same basis. Proper butchers, proper bakers, proper greengrocers. I won’t list them all now. At some point I will write columns on all of them.

That’s what I love about Whitstable. There are real shops here. It’s not like Canterbury, which has become a theme-park parody of itself, catering almost entirely to tourists. Whitstable is still a functioning town with functioning shops, despite the looming presence of the out-of-town supermarkets with their viciously exploitative cut-price offers.

It’s hard for the local shops to compete.

But here’s the difference. You can walk to the High Street. You don’t have to use a car. So by buying your groceries locally you are not only encouraging small businesses, you are saving the environment at the same time. 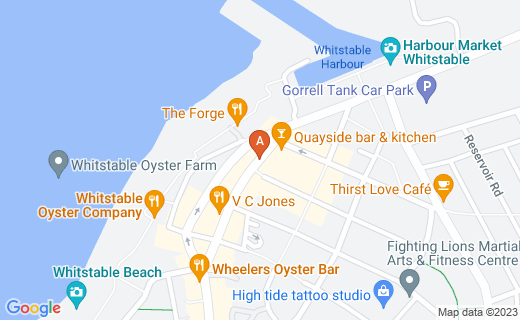