Earl and Lyn Love have a Winner!

Texas Star Winery at 29311 FM149 in Richards, Texas just 20 minutes from downtown Montgomery, Texas, and a mere 45 minutes from Houston opened August 28th to approximately 1,000 people anticipating the opening of this winery. There was a line wrapping around the building three times just to get in!  It sure looks like their signature Prickly Pear Wine, Hibiscus Wine and 17K Cherie (really a Sherry Wine) are destined to be fabulous successes beyond opening day.

I heard a snipet of the day's live feed from KSTAR Country’s (FM 99.7) during the opening day and knew this was a place near Houston that I wanted to visit.  I have been anticipating it all week.

Earl and Lyn Love own Texas Star Winery and with the opening of their winery last Saturday, realized a twenty year dream since they began vinting in 1989. The drive through the SamHoustonNational Forest was very relaxing and the scenery of the pine trees just beautiful. The turn off to their place is easy to find too. As we arrived at their iron gate, three beautiful peacocks were sitting on it. Wow!  Peacocks!  How super awesome is that! It really set our expectations high and as we drove on to the Winery, my sister and I were in for more pleasant surprises.

Earl and Lyn were gracious hosts and conveyed a wealth of information during the tour. I just love discovering how folks get from Point A to Point B in their lives, and they have an interesting journey.

How did they become interested in Wine making? Lyn told us that it all started when they spent $1.95 on a book titled, “You Can Make Wine at Home.” It sounds like they have been enjoying every minute of this journey since that purchase in 1989 too. Lyn has been known to call Earl “the Mad Scientist” as over the past 20 years he has tried making wines from tomatoes, bananas (Lyn’s vote: just horrid), jalapeno (Lyn’s vote: not so bad) and even grass clippings (Guess this one). Their three superb signature wines at Texas Star Winery are Prickly Pear, Hibiscus and 17K Cherie. They are working on a special cranberry wine that will be ready for bottling in 2011. You can be a part of the the next bottling event on September 18th ~~ it is open to the public.

Earl and Lyn picked all of the prickly pear fruit from prickly pear cactus plants on some land owned by friends in South Texas. They plucked the fruit off the plants one fruit at a time with barbeque tongs and five gallon buckets. They plucked…get this….two tons of fruit. Wow! The hibiscus flowers are imported from all over the world and no plucking is necessary.

The tasting room was beautifully decorated with an ornate, dark wood bar, an enormous golden mirror, a handsome buffet that had been in the family, cool crystal chandeliers, spotless and really shiny wine fermenting equipment, and the vats, labeling machine, and other equipment were really, really cool.  We just couldn’t get over the fact that they even picked the pear fruit themselves. On top of being a Master Vinter, Earl is also a watercolor artist, and he designed the logos for the Pear and Hibisus wines. Their sons, Levi and Austin designed the 17K Cherie label. Texas size classy folk, just classy and talented too! Their dogs are names are Riesling and Pinot Noir.

How on earth did they get such successful results on their first day? Lyn said that they worked on their marketing prior to opening day themselves through press releases sent to the Montgomery County Chamber of Commerce membership, ran week long radio spots, sent email blasts to friends and their marketing lists, arranged food and cakes, handled wine tastings, parking, and well in a nutshell...everything! Once again, the multi talents of this amazing (and energetic) couple shine!

My sister and I received so much knowledge on fruit wines! It was great. I asked Earl which wine was his favorite, and he said, “Whichever wine is in my glass at the time.” I loved all three wines immensely. They were like nothing I had tasted before. Full bodied, fragrant, and unique! The Prickly Pear Wine can be enjoyed just sipping chilled or with any food (BBQ included). The Hibiscus Wine is a terrific pairing with Italian food. The 17K Cherie is supposed to be super over pecan pie or ice cream. Yum. I can’t wait to try them at home. The wines are reasonably priced and can be ordered over the intranet.

You may order their wines off their website www.texasstarwinery.com and don’t forget to make the trip on September 18   for the bottling event.  It is expected to be another hit. Texas Star Winery gets my vote as the Coolest Winery within 45 minutes of Houston. It was a very “fruiticious” day.

It certainly looks like success for Texas Star Winery has been uncorked.

Texas Star Winery is a Winner! 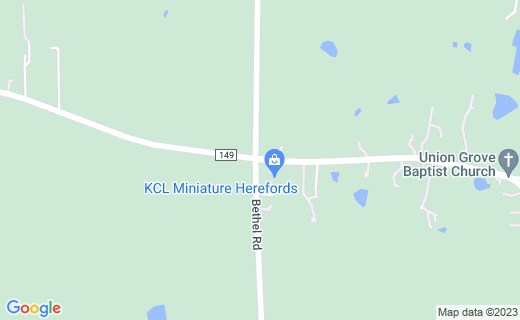