The Fastest Growing Cities in the American South

Top 10 Fastest Growing Cities in the US

The Research Triangle of the US has grown and developed to such an extent that during the five years 2007 - 2012, its home state, North Carolina, supports to of America's ten fastest growing cities: Charlotte and Raleigh.

To the west of the Triangle is a second quickly developing area called The Triad, with anchor cities Greensboro, Winston-Salem, and High Point.

To the southwest of The Triad is the state's largest city, Charlotte, America's fastest growing city in 2012 and remaining on the list of the top 10 currently. It is located outside both the Triangle and Triad.

A number of industries are expanding in NC, but tourism received a boost for the 2012 film The Hunger Games and sequels filmed on location. 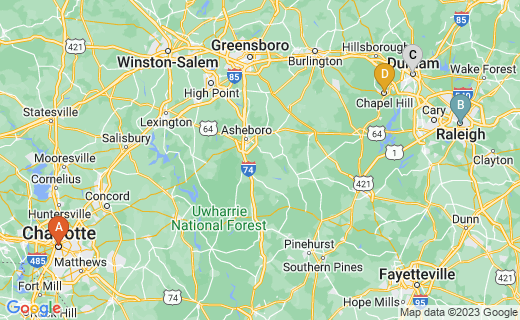 Fastest growing cities often change ranking from year to year, but in 2012 no northern or northeastern state made the CCNMoney.com list at all:

Comparison: Where Are the Most Job Openings in NC?

At the end of August 2012, over 142,980 job opening were advertised for North Carolina across all Internet options. The cities containing the most jobs include many within the triangle and Triad, along with others:

What Are the Highest Demand Jobs in NC?

In 2011 and 2012, job listings peaked significantly in December 2011 and July 2012. This is likely because of two major tourist seasons yearly.

Comparison: Where Are the Most Jobs in Texas?

Texas cities with the most open jobs: