Panagbenga, The Season of Flowers

To those who are familiar with the word "Panagbenga" they know fully well that it is synonymous to Flower Festival in Baguio City. It is nonetheless, the most awaited celebration and much cherished tradition of the people of Baguio and perhaps, of the entire Cordillera Region.

The literal meaning of Panagbenga is blooming or flowering season. It is a Kankanaey word actually. Kankanaey by the way is one of the dialects spoken by the natives of that place.

Panagbenga is now more popularly known as the annual flower festival celebrated every February in Baguio City, Philippines. The main feature of this celebration is of course the various, beautiful flowers being grown in Benguet province but to add more excitement and color to the celebration, new activities were added to enhance the spirit of Panagbenga celebration.

The activities and programs showcase the richness of the innate culture of Baguio. This encouraged the natives to give their full support and cooperation to this celebration. Through the years, the flower festival becomes a peculiar tourist attraction that boosts all the more the tourism industry in Baguio City.

The Activities To Enjoy at Panagbenga

The Panagbena celebration lasts for over a month because it has become not just a season to showcase the beauty of flowers cultivated in this place, but a chance to reflect and exhibit the history, values ,custom and traditions of Baguio and the entire Cordillera region. Activities for this occasion starts from February 1 onward.

The activities include competitions in various fields such as dancing, painting, sports, costume and more and they are mostly participated in by the students of various schools in that place. There are also musical presentation and exhibitions by local talents and popular artists from the land, also street-dancing, grand float parade, and session road in bloom..

The most awaited events are the Street Dancing and the Grand Float Parade which are normally held on two consecutive days usually middle or last days of February.

The Street Dancing is a hot favorite in the Panagbenga.

The participants are mostly students from various schools not just in Baguio City but also from other schools in northern side of the country. This activity is a lot of fun. The dancers are in different colorful costumes while performing various dances that depict the culture of the north.

Apart from the schools, the employees of the City Hall, and politicians also join this event. Even the Philippine Military Academy and the PMA Band take part in this activity.

After the street dancing is the open field dancing competition which adds more fun and excitement.

The Beauty of The Grand Float Parade

The Grand Float Parade is mostly awaited as it features beautifully crafted floats made and shaped with flowers of various species that are all mainly harvested from the Benguet province. Each float is decorated to fit the theme of the festival which varies from year to year.

This parade is being participated in by the companies and businesses in Baguio City. Each of the participants wholeheartedly take the chance to show their competitiveness each year. No spectator will be shortchanged as each float is skillfully, and beautifully crafted to capture the hearts of the watching public.

If you think the excitement is done after the parade, then you are wrong. You also have to see the Session Road in bloom. Your experience is not complete if you don't see the Session Road In Bloom after Panagbenga's main float parade. This is normally a week event when the whole session road is closed for the people to enjoy the booths and stalls around. Various goods such as handicrafts, souvenir items, flowers and plants, and many more are on sale. There are different foods and delicacies for those who love food trip. There are also performances and gimmicks to watch at night.

In the morning, there are normally few people so it is more convenient to do your rounds during this time. During night time, the place is crowded as there seem to be more people who prefer going there at night.

But no worries the people in the crowd are not rowdy, the police and medical personnel are visible in the street corners and also they make sure the re-routing of traffic is very well coordinated.

How To Conveniently Travel To Baguio

If you want to have a personal experience of Panagbenga, Don't forget to refer first to the official website of Panagbenga: panagbengaflowerfestival.com. You can choose which activities would you like to witness. The site has a complete list of activities for the whole month of February till early March so this can guide you which particular dates will make your visit exciting and worthwhile.

If you are coming from other countries, there are cheap flights to Baguio City that you can always find online but of course you have to book ahead because February is one of the peak months. Now, to those who want to go there by land, you need not worry because Baguio is now reachable in approximately 3 to 3.5 hours from Manila because of road improvements . You can now have the convenience of traveling via NLEX and SCTEX to reach Baguio in shorter time using your own car of by bus.

Traveling by bus is much more convenient if you will ask me than to drive your car all the way to Baguio. You just have to go to Victory Liner Terminal in Cubao to take your pick between first class or ordinary fare to Baguio. If you are going there during peak season, it is better to make reservation to avoid inconvenience. You may go to their website for this purpose and to know other important details. Here is the link http://www.phbus.com/victory-liner-bus/

The only downside of traveling without car is you will have to take a taxi in going to places around Baguio which means you need to have extra budget for that.

Roadmap to the Center of Panagbenga Celebration 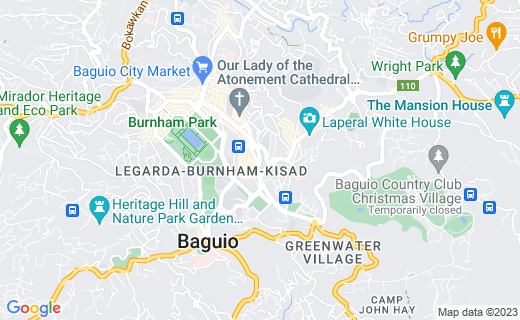